College is outrageously expensive. Four years at an elite, private school like the University of Chicago (#4) or Stanford (#3) costs more than a quarter of a million dollars. A degree from a more affordable state school, like the College of William & Mary (#40) or the University of California, Berkeley (#50), still costs around $100,000, even for “in-state” students, who pay less in tuition.

Is it worth it? For many students, the answer is probably not – unless they are accomplished enough to be accepted by one of the schools ranked near the top of our annual list of America’s 650 Top Colleges.

The rankings, which are compiled exclusively for Forbes by the Washington, D.C.-based Center for College Affordability and Productivity, focus on the things that matter the most to students: quality of teaching, great career prospects, high graduation rates and low-levels of debt. They do not attempt to assess a school’s reputation, nor are they a measure of academic selectivity and we pointedly ignore any metrics that would encourage schools to engage in wasteful spending.

Princeton University (#1) tops the list again, for the first time since 2008. Williams College (#2) slips into second place, after two consecutive years as top dog. Ivy League schools dominate the top ten, claiming three spots in addition to Princeton: Yale (#5), Harvard (#6) and Columbia (#8); Cornell (#51) was the only Ivy not to crack the elite top 50.

Rounding out the top ten are West Point (#7), whose cadets pay no tuition, although they must serve on active duty in the U.S. Army for at least five years after graduation, Pomona College (#9), one of the seven Claremont Colleges in Southern California and Swarthmore (#10). Excluding service academies, there are five public schools in the top 50, with the University of Virginia (#36) being the highest ranked.

The rankings are based on five general categories: post graduate success (32.5 percent), which evaluates alumni pay and prominence, student satisfaction (27.5 percent), which includes professor evaluations and freshman to sophomore year retention rates, debt (17.5 percent), which penalizes schools for high student debt loads and default rates, four-year graduation rate (11.25 percent) and competitive awards (11.25 percent), which rewards schools whose students win prestigious scholarships and fellowships like the Rhodes, the Marshall and the Fulbright or go on to earn a Ph.D. 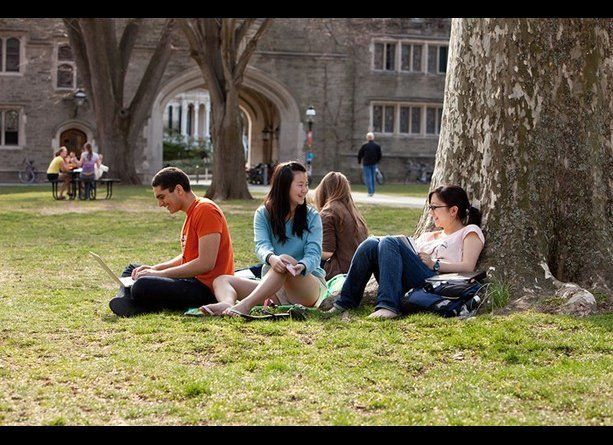