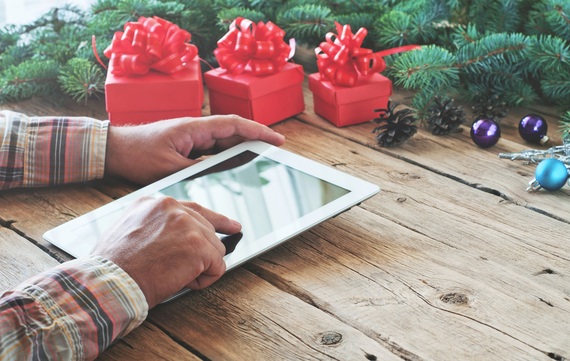 Cyber Monday is coming, and it promises to be a huge day for deals and sales. The holiday could even end up being more popular than Black Friday. One poll from Morpace Omnibus found that 57 percent of consumers plan to shop on Cyber Monday this year, compared to just 35 percent on Black Friday.

What is Cyber Monday? Cyber Monday is a major, online-only shopping event of the holiday season. It falls on the first Monday after Thanksgiving and Black Friday. Cyber Monday 2015 is on Nov. 30 and will see online retailers offering exclusive deals and sales, allowing shoppers to get big discounts from the comfort of their own homes.

How to Get the Best Cyber Monday Deals

Cyber Monday deals for certain categories of items -- including toys, travel, appliances, clothing, shoes and beauty -- were better and more frequent than on Thanksgiving or Black Friday, according to DealNews. Head to online retailers that focus on these items and you'll likely see discounts and other Cyber Monday deals sitewide.

It's also smart to shop Cyber Monday sales earlier in the day instead of waiting until the evening, as 67 percent of all deals will be posted during work hours. Ebates offered these tips for getting the best deals on Cyber Monday:

Many items, however, will have lower prices and better discounts on Black Friday and Thanksgiving. Electronics will have lower prices before Cyber Monday, with phones, cameras, computers and TVs priced lower on Thanksgiving. Headphones, iPhones and console video games will be cheaper on Black Friday. Shoppers should also expect retailers' sites to be slower on Cyber Monday and shouldn't be surprised to see items out of stock.

To help you get a headstart on your Cyber Monday game plan, GOBankingRates rounded up the Cyber Monday deals online retailers are already promoting.

Amazon's Cyber Monday sale is still under wraps, but if last year's deals are to be repeated, shoppers can expect Cyber Monday deals to start up to two days early and include plenty of Lightning Deals. Amazon also tends to have plenty of discounts on apparel, jewelry, beauty items and electronics.

JCPenney's Cyber Monday sale will run from Sunday, Nov. 29 to Monday, Nov. 30 and promises to feature more than 50,000 online deals, with a focus on apparel for the whole family, including accessories, as well as furniture and home goods.

Overstock.com's Cyber Monday deals are still under wraps, but it does offer a 10 percent off coupon for shoppers who sign up for email alerts.

Target has also not yet revealed its Cyber Monday deals for 2015, but will be offering one-day deals every Monday. If its deals from last year are an indicator, watch for discounts on video games, HDTVs and toys, along with gift card add ons.

Walmart teased in its Cyber Monday ad to prepare "for some of the year's best values this Cyber Monday." Cyber Monday will be the start of Cyber Week at Walmart, which the retailer said will feature deals on popular electronics and gifts. In addition, Walmart has also promised 10 daily online deals with "Cyber-Monday-like prices" every day of the holiday season.

Dell is offering several Cyber Monday Deals on computers and laptops, including the following:

eBay.com is offering a few great deals on electronics:

Groupon has a solid roundup of deals on electronics, such as:

Sephora will also be gifting Cyber Monday Mystery Sample Bags with online purchases of $25 or more.