Spring break may be a recent memory, but savvy travelers know that the down time between the school holiday and summer offers some of the best travel values of the calendar year. Whether renting a villa in the south of France, visiting a newly opened museum in Vienna, or jetting off to some of Asia's most beautiful islands, these ten destinations offer compelling reasons to visit this season--before the summer rush starts in earnest and prices climb.

Worried about booking last-minute airfare? Don't be say the fare watchers at Kayak: A recent review of more than a billion searches revealed that some of the best prices found through the site were booked as little as 21 days out, says spokeswoman Maria Katime. 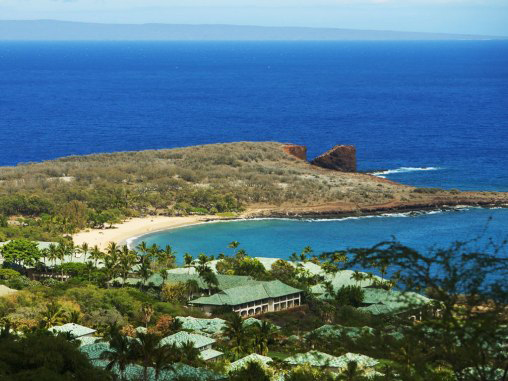 "The quietest time in Hawaii is May," says Susan D. Tanzman of Martin's Travel & Tours, one of Condé Nast Traveler's preferred travel specialists for the islands. "Airfare is the least expensive, and weather-wise it's the best time of year," Tanzman says, thanks to ample sun and little rain. The travel specialist also points out that May is probably the least crowded month of the calendar year.

While the new Andaz Maui at Wailea hotel probably won't open until this summer--sister properties from the brand in New York and Shanghai have made the Condé Nast Traveler Hot List in years past--there's still plenty of hotel buzz in the islands right now thanks to special offers. The Four Seasons Resort Lana'i at Manele Bay is offering a fourth night free for stays through April 30 and again from May 8 through September; the other Four Seasons Resort on Lana'i has the third night free from March 28 onward. The Fairmont Orchid on the Big Island is offering a fifth night free, and The Fairmont Kea Lani on Maui is offering a fifth night free to suite guests.

More flight options are yet another vote in favor of the islands, Tanzman says: "With Alaska [Airlines] coming in, adding the new lift, it really has presented some great offers." Hawaiian Airlines' new direct service from JFK to Honolulu is also helping to lower fares. 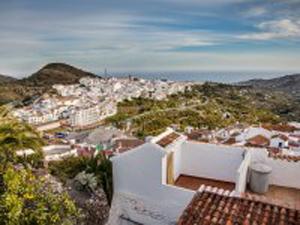 California famously boasts that its visitors can go skiing and swimming in the same day, but the same holds true in southern Spain this spring, as the sun warms the pueblos blancos while simultaneously shining on the slopes of the Sierra Nevada, which typically offer skiing through April, says Mary Vaira of El Sol Villas. "Unlike the very hot summer," she says, "The weather is cool and comfortable, tourist crowds are small and prices are very reasonable."

That affordability is a key draw, with many villas renting at rates far below what visitors will pay come July and August. Outside Ronda, Vaira recommends Finca Andalucia, a six-bedroom farmhouse which can be booked for $6,000 a week in spring, compared to $9,300 a week in summer. Similar discounts abound in Gaucin, Grenada, and Seville.

One other, particularly picturesque benefit to spring in Andalusia? "The countryside bursts with wild flowers like no other time of the year," Vaira says. 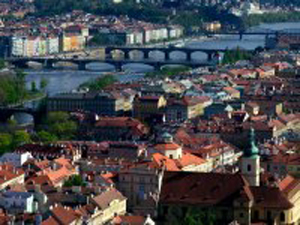 The seemingly unstoppable allure of Berlin continues this spring, with the anticipation of the 50th anniversary this June of JFK's "Ich bin ein Berliner" speech and an electric atmosphere that's drawing creatives and tourists from around the globe. But cities on the far side of the Iron Curtain also look good this May, including Prague and Warsaw, says Gwen Kozlowski, a travel specialist for Central Europe at Exeter International. "These cities continue to offer great value compared to other cities on the euro," she says, even with current uncertainty about the currency. While most five-star properties start ramping up their rates in spring, Kozlowski says, she's seeing plenty of hotel deals in the four-star tier, like at the newly renovated Hotel Bristol in Warsaw, the Hotel Adlon Kempinski in Berlin or the Kings Court in Prague.

Vienna is another great option this spring, Kozlowski says, because the Habsburgs Kunstkammer (treasure chamber) has finally reopened after a ten-year renovation, putting back on view a unique collection of more than 2,000 objects that range from beautiful (fine sculpture) to down-right weird (shark's teeth). Visiting before the summer rush will spare you both the tour-bus crowds and the scorching heat of July and August. 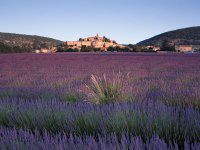 "With the economic problems in Cyprus, the euro is considerably weaker than it was six weeks ago," writes Annie Flogaus, a villa specialist at Just France, in an email. The currency slide means "Provence is cheaper in terms of villa prices," she adds, "and your money will go farther in restaurants and at markets."

Villa rental is the name of the game in this part of France, and in May and June, prices compare quite favorably to the high season of July and August. As just one example, a four-bedroom home that sleeps up to six (Maison Sereine) normally rents for $8,775 in the summer; it's available at $5,500 a week through May 25 and then $7,250 through June 29. A smaller home that sleeps up to six near Aubignan (Au Coeur du Comtat) rents for $2,400 a week through June 1 and for $2,675 through June 15; in high season it rents for $3,800.

Availability is another advantage this spring, Flogaus says, citing one of Just France's signature properties, La Tourelle, which accommodates up to 12 guests. "Since it is always booked in the summer months by repeat clients, the spring may be the only time for new clients to be able to rent the house," she writes. 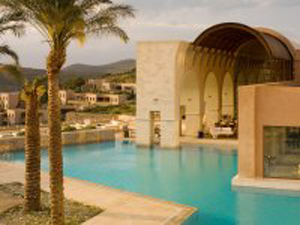 Greece
The European financial crisis is also making Greece a great value this spring, says travel specialist Christos Stergiou. "Due to the Cyprus effect, the value is exceptional," he writes. And while domestic economic worries are no doubt bad news for Greeks, the soft demand translates to lower prices for visitors who can take advantage of discounted hotel rooms while still enjoying pleasant weather and thinner crowds than are expected in summer's high season.

Stergiou recommends the Blue Palace Resort on Elounda, which is discounting rooms by 30 percent, and the Westin Resort, Costa Navarino on the Peloponnese, which is offering 20 percent off on stays through September when booked by March 31. Many other hotels in the islands are offering deals, as well, Stergiou says, meaning good value can be had in the run up to the celebration of Greek Orthodox Easter on May 5.