It's amazing how much of the world we'll never see, even when it's right in front of our faces.

For some people, electron microscopy brings that world into clear view, making seemingly impossible to imagine objects come to life. The shots they get are often incredible, seemingly surreal examples of a world that remains foreign to most.

Add a little color and they just might blow your mind.

The images below are the winners on the 2011 FEI Owner Image Contest, and each is incredibly different. While all three are ranked on the same scale (the microcanyon image at the top being the overall first place winner), one of the images was taken at a different scale, with a different machine.

The Microcanyon was taken with a microscope from FEI's Nova DualBeam Family, unlike the other two which were taken with microscopes from the Quanta family. The Quanta microscope was also used to take this image of a hydrothermal worm that rocked the internet.

This year's winner, however, was taken at an extremely high magnification, with a width of just 67µm, making it more than what it seems. In reality it's a micro-crack in a piece of steel, taken after multiple bending tests.

You can see more amazing images from this year's contest here, from FEI. 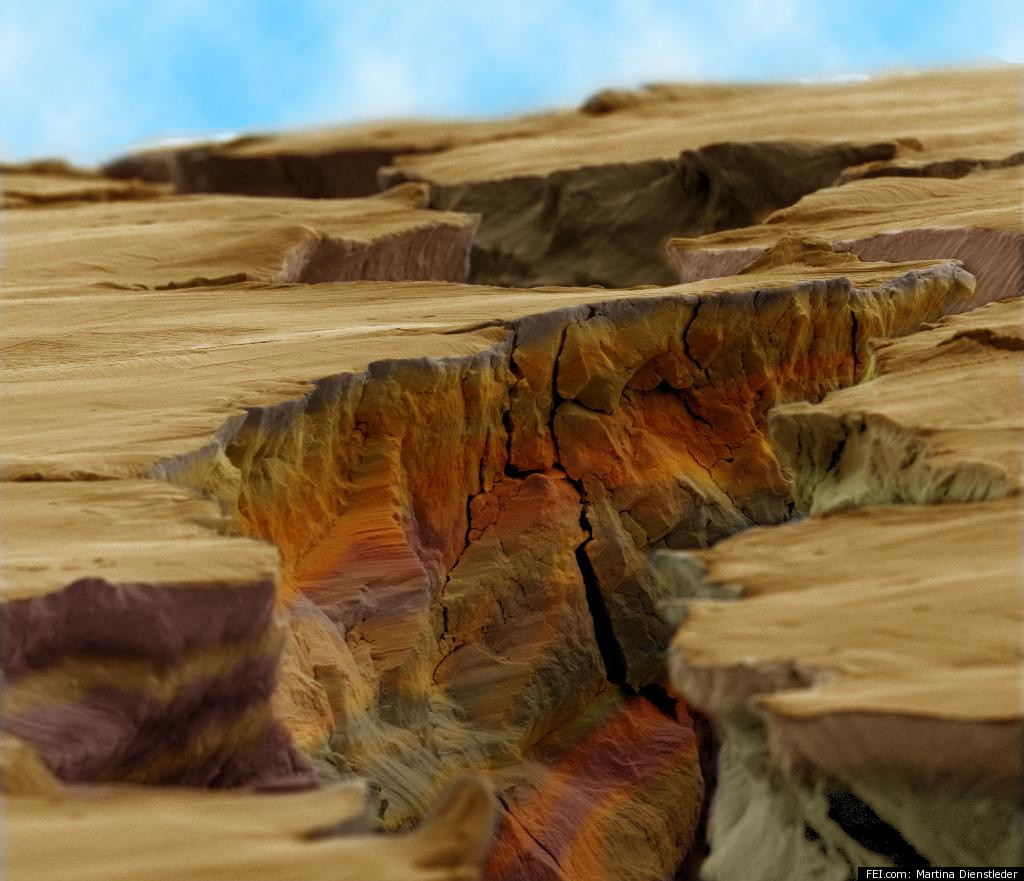 What is it?
From the original posting: microcrack after bending test, colored by Manuel Paller 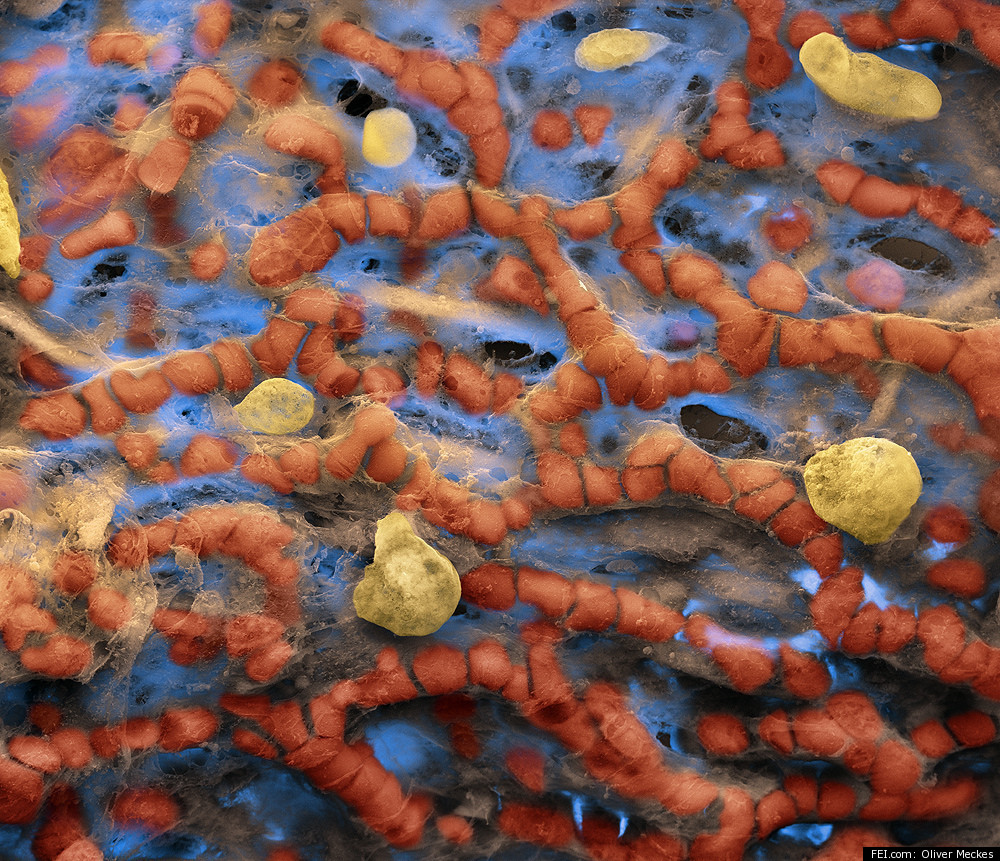 What is it?
From the original posting: Capillary net of an alveola showing the erythrocytes within the blood vessels. 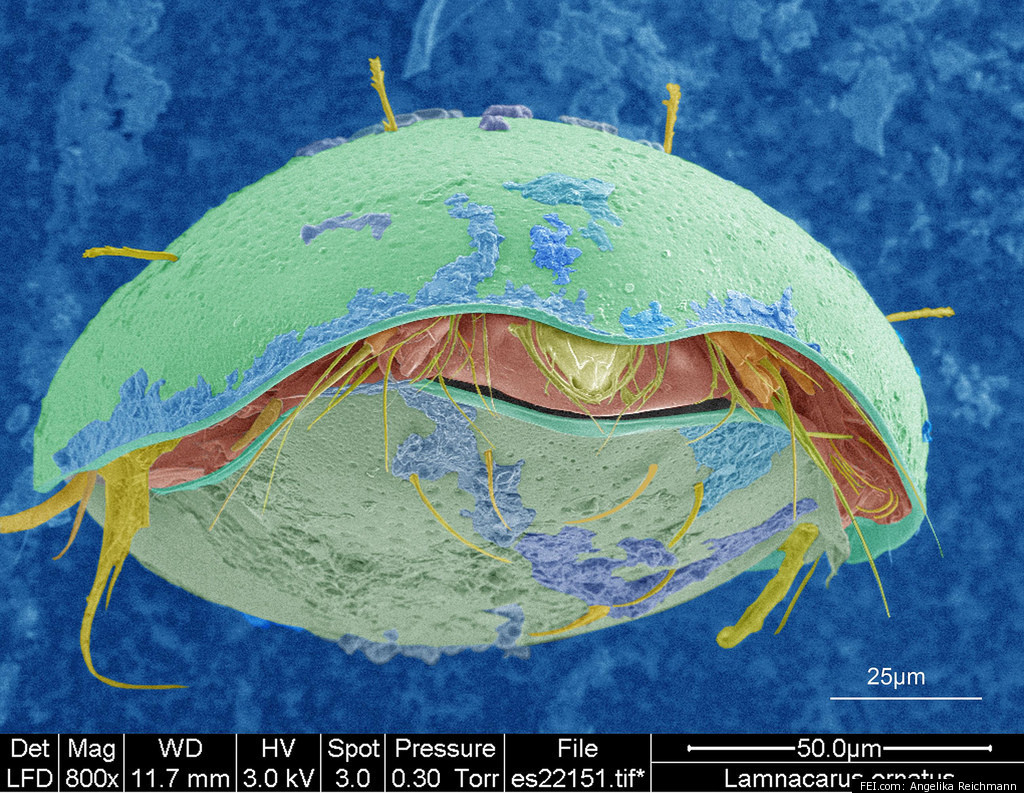 What is it?
From the original posting: Forepart of a mite, colored by Margit Wallner