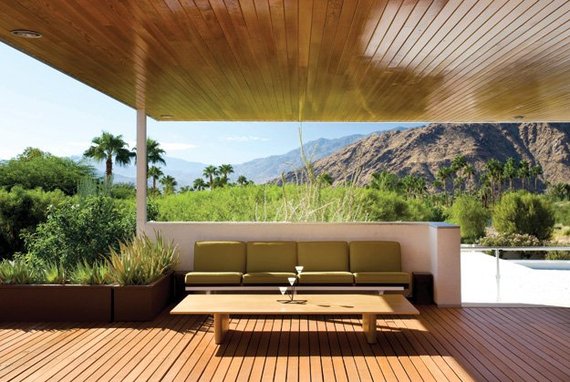 Despite what you've heard about film productions "running away" to Georgia, Louisiana and New Mexico, Southern California (SoCal) is still the world headquarters of global film production. However, what kind of place is SoCal when it comes to film festivals? That's about as cut and dried as an Indio date.

You see, because Souther California is the world's film capital, even popular indie SoCal fests (AFI Fest, L.A. Film Festival) lack the warmhearted, gee-whiz innocence of independent festivals around the planet. In Southern California, film is big business. And you will find that stolid, workmanlike mindset at several of the region's festivals, especially those closest to the industry's L.A. epicenter.

However, do not let that deter you. In this three-part series (born of 20 years years of SoCal fest-going), I review the best film festivals that Southern California offers, starting with the Palm Springs International Film Festival (PSIFF). I chose these three - sorry, I will not reveal the other two in advance - because of their gorgeous settings and/or exceptional slate of global cinema.

That said, there are several other plucky SoCal fests that might make future iterations of this list, or the next edition of the Mad Monks' Guide to California, of which I am co-author.

Want to see the year's best in foreign film? Palm Springs is your spot. Years ago, late Palm Springs Mayor Sonny Bono - the less surgically enhanced half of the Sonny and Cher singing duo - took control of the city's signature arts event and made it a showcase for the best in foreign cinema. Through fits and starts - including a weird time when the festival was run by an impertinent infomerical kingpin - PSIFF has come into its own over the last decade.

Every January, as the industry's wellspring of narcissists head to Scamdance (12,146 films submitted at roughly $80 a pop; 27 films selected), I quietly drive east through the Redlands Highlands, past rustic Beaumont and Calimesa, to humble, unheralded Cherry Valley.

Just down the hill from Oak Glen's apple orchards (yes, apple-picking in SoCal), I lunch at the organic Grand Oak Steakhouse on the lavender-scented grounds of the ruggedly historic Highland Springs Resort.

During SoCal's January film festival season, Cherry Valley is rich with wildlife, which, in non-drought years, roam meadows made stunningly green from the melting snow of the nearby San Bernardino Mountains. After a surreptitious stroll around the Highland Springs grounds, I head back east, briefly stopping for gas at the Cabazon dinosaurs.

Here I load up on dried fruit and nuts (this is California after all) and maybe an ostrich burger (if my invariably finicky SoCal companion is still hungry) at nearby Hadley Fruit Orchard before heading past the epic San Gorgonio Pass wind farms and down into the Coachella Valley to glorious, cinematic Palm Springs. 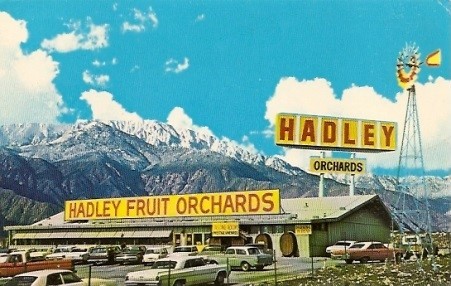 Amid the finest selection of Midcentury Modern homes in the world (including several by recently deceased architect Donald "Man of Steel" Wexler), as well as moderate daytime temperatures and wonderfully crisp winter nights, I join my AARP peers for a finely curated buffet of global cinema (about 200 films usually, from over 60 nations). 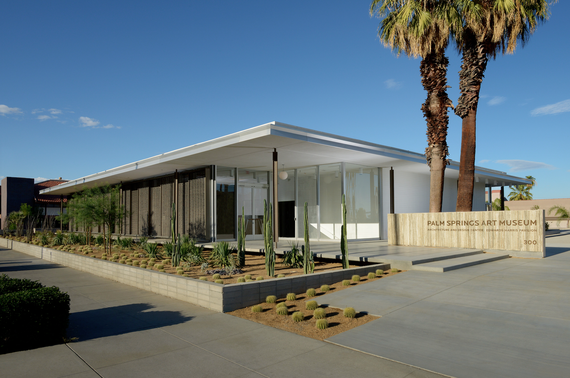 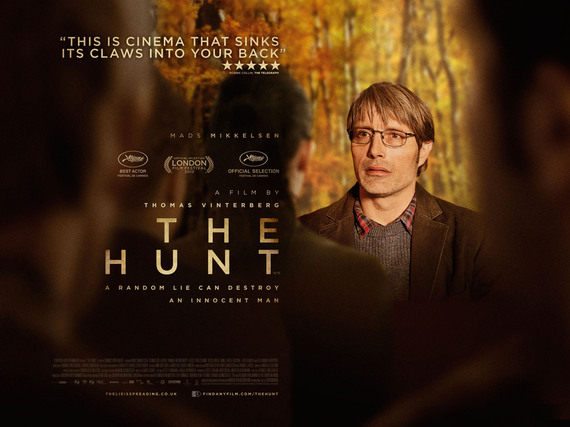 At PSIFF, I've also caught outstanding, if rarely seen, American works, such as the inspiring 2013 documentary Defiant Requiem about a Jewish choir formed inside the Nazi concentration camp Terezin (which was notoriously used to fool Red Cross inspectors about the abominable conditions faced by captives).

You probably didn't see most of these outstanding works, which is why PSIFF is a must-visit for the true film connoisseur (who must endure a yearly 9-month quality drought between February and September before most of the year's remotely artistic films are released). 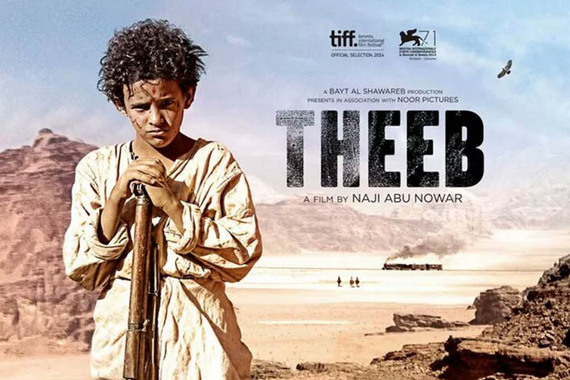 However, as much as I regularly champion PSIFF's unmatched slate of foreign films, the novelty of this desert jewel has worn a bit off. There is the now predictable Cine Latino night, a staid Awards ceremony at Spencer's (evocatively set right up against the foothills of the stunning, if earthquake-prone, San Jacinto Mountains), and Variety Magazine's New Filmmakers Brunch at the exquisitely louche Parker Palm Springs, where a reporter is likely to have the unparalleled experience of being buttonholed by one of Harvey Weinstein's pushy PR heavyweights, and then dropped for dead when someone seemingly more important strolls along.

I would encourage PSIFF - following the lead of exemplary small festivals like the Reykjavik International Film Festival (RIFF) - to arrange location tours of the surrounding Midcentury Modern masterpieces and other location highlights for visiting filmmakers and VIP pass holders (a partnership with Modernism Week, The Center for Land Use Interpretation, or at least with the inimitable Chris Nichols of the LA Conservancy's Modern Committee makes sense in this regard).

Yes, one can arrange to see some of these highlights on one's own, but it's made more meaningful when the festival goes to the trouble of showing these highlights to you, with location and architecture experts narrating the tour. 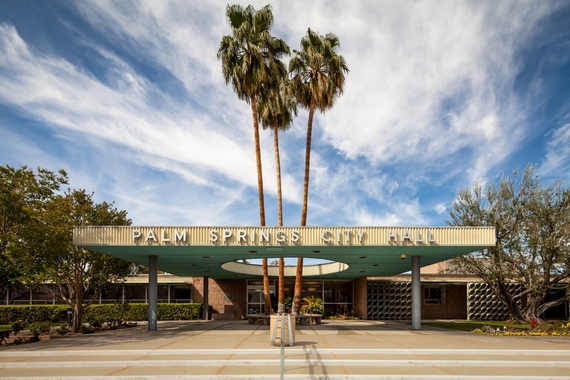 I would also encourage more screenings in nontraditional settings. PSIFF uses the same venues year after year, which are often overbooked (I heard a lot of grumbling on this front from festival patrons last year).

Finally, I would give away locally grown gourmet organic food and wine to filmmakers and VIPs. 95% of the dates grown in the U.S. (widely considered the best in the world) are grown in the Coachella Valley, as well as a plethora of organic vegetables (which benefit from the 300-day growing season and the plentiful supply of water from the nearby Colorado River). The Sonoma International Film Festival mixes local food, film and wine exceptionally well. PSIFF could follow their lead - with donations from local growers - which would create a more sumptuous, sensuous and inviting atmosphere that will help the festival maintain its support, community and cachet for years to come.

But these are secondary concerns. In the end, it's all about film. And on that front PSIFF is consistently strong. 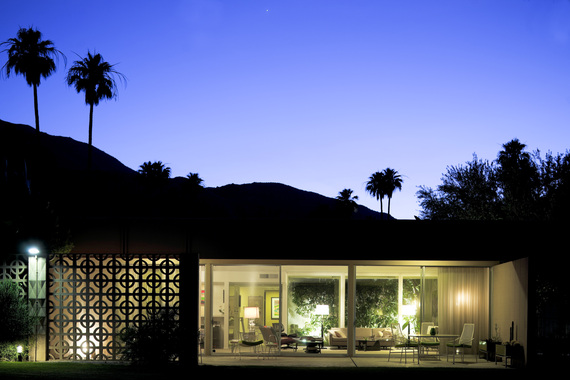 However, if you do plan to attend PSIFF, and can't afford to rent a Neutra, Lautner or Frey Midcentury Modern, or prefer something more expansive than Ruby Montana's one-of-a-kind Coral Sands Inn, 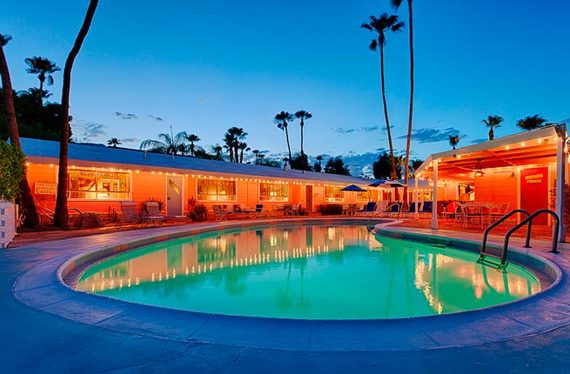 then stay at the relatively inexpensive, centrally located Renaissance Palm Springs Hotel, where you will meet filmmakers from all over the world, and maybe yours truly, in the spacious lobby. 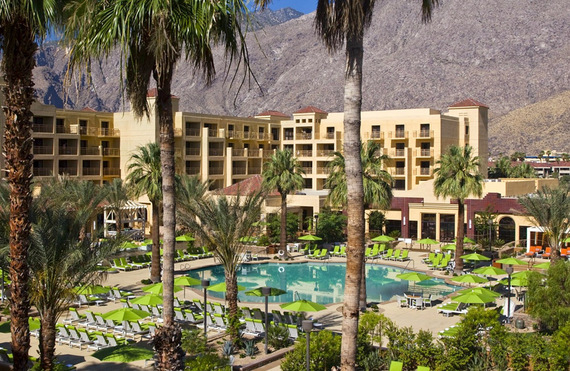 If not there, then you will definitely catch me at nearby Lulu California Bistro, kibitzing with the likes of Talk Cinema's Harlan Jacobson or European royalty, almost every night of this important pre-Oscar event.