Looking back, 2014 was a banner year for books about the movies. Whether you are into biographies, film history, pictorials, "making of" books, or critical studies, there was something for everyone. In fact, this past year may prove to have been one of the best years for film books in a long time. Not only was there quantity (nearly three dozen books are mentioned below), there was also an impressive quality to many of the year's new releases.

Considering the current state of race relations in the United States, there may be no more relevant new release than Dick Lehr's The Birth of a Nation: How a Legendary Filmmaker and a Crusading Editor Reignited America's Civil War. More social history than film history, Lehr's book revisits the year 1915 and the confrontation between two men, D. W. Griffith, the pioneering and successful movie director, and Monroe Trotter, a black American newspaperman. Their clash over Griffith's hugely popular 1915 film The Birth of a Nation pitted white against black, Hollywood against Boston and free speech against civil rights. The Birth of a Nation marks its centenary this year. 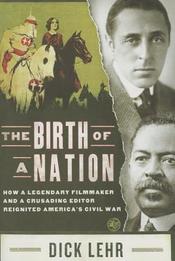 Another sometimes controversial early director was Charlie Chaplin. Like Seth Rogen's recently released The Interview, Chaplin's The Great Dictator (1940) satirized a head-of-state to the point of ridicule. Both made politicians and the public nervous.

Controversial though always brilliant, Chaplin is, arguably, the most written about individual in film history -- and the subject of a handful of new books. Wes D. Gehring's Chaplin's War Trilogy: An Evolving Lens in Three Dark Comedies, 1918-1947 (McFarland) discusses The Great Dictator and other films, while John Fawell's The Essence of Chaplin: The Style, the Rhythm and the Grace of a Master (McFarland) looks at the actor's work behind the camera. Award-winning novelist and biographer Peter Ackroyd has turned out Charlie Chaplin: A Brief Life (Nan A. Talese). Chaplin's own A Comedian Sees the World (University of Missouri), edited by Lisa Stein Haven, presents the first American book publication of the Little Tramp's travels in the early 1930's. [Due out later this year is a massive new book, The Charlie Chaplin Archives (Taschen), edited by Paul Duncan, with an astonishing list price of $200.00. First edition copies feature a filmstrip from the classic City Lights (1931), cut from a print in the actor's archives. 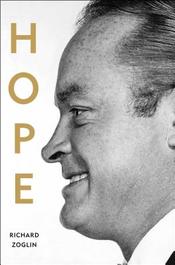 Chaplin is the greatest comedian in film history, and is rated as such in James Roots' idiosyncratic and IMHO over-opinionated The 100 Greatest Silent Film Comedians (Rowman & Littlefield). His contemporary and chief rival, Buster Keaton, is the subject Lisle Foote's notable Buster Keaton's Crew: The Team Behind His Silent Films (McFarland). Their contemporary, W. C. Fields, also started on the stage before moving into film. He is studied in Arthur Frank Wertheim's W. C. Fields from Burlesque and Vaudeville to Broadway: Becoming a Comedian (Palgrave Macmillan), the promising first half of a two-volume work. Also out is Bill Cassara's Nobody's Stooge: Ted Healy (BearManor Media), a biography of the stage and screen star who gave birth to the act that became The Three Stooges, as well as Richard Zoglin's surprising and interesting Hope: Entertainer of the Century (Simon & Schuster).

Two first ever biographies of early actresses are James Zeruk Jr.'s Peg Entwistle and the Hollywood Sign Suicide: A Biography (McFarland), released in late 2013 but copyright in 2014, which tells the story of the starlet who jumped to her death from the HOLLYWOOD sign, and Mariusz Kotowski's problematic Pola Negri: Hollywood's First Femme Fatale (University Press of Kentucky). Problematic because this significant star, popular and critically acclaimed on two continents, deserves a more thorough biography. Also out are two memoirs by contemporary actresses, Sophia Loren's Yesterday, Today, Tomorrow: My Life (Atria Books), and Anjelica Huston's Watch Me: A Memoir (Scribner). 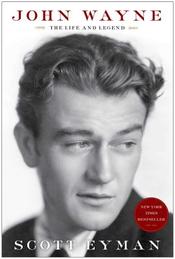 Male actors are also the subject of notable new releases. Leading the pack is Scott Eyman's John Wayne: The Life and Legend (Simon & Schuster), one of the best film books of the year. A lesser alternative is Marc Eliot's American Titan: Searching for John Wayne (Dey Street Books). Douglas Fairbanks and the American Century (University Press of Mississippi), by John C. Tibbetts and James M. Welsh, which profiles the "Ultimate American" and original swashbuckler, is rich in its coverage of the early years of the legendary star's career; it also covers in detail several films previously considered lost. Academy Award winning film historian and filmmaker Kevin Brownlow has added a foreword to the Fairbanks' book, and Vera Fairbanks (his daughter-in-law) has added an introductory note. Also new is Scott O'Brien's fine George Brent - Ireland's Gift to Hollywood and its Leading Ladies (BearManor Media), with a foreword by Jeanine Basinger, and James L. Neibur's recommended James Cagney Films of the 1930s (Rowman & Littlefield).

Neibur is the author as well of The Elvis Movies (Rowman & Littlefield), which surveys the cinematic output of the "King of Rock and Roll". Other recommended works from 2014 include Hal Erickson's From Radio to the Big Screen: Hollywood Films Featuring Broadcast Personalities and Programs (McFarland), Gerd Gemünden's Continental Strangers: German Exile Cinema, 1933-1951 (Columbia University Press), and Jan-Christopher Horak's remarkable study of the great graphic designer, Saul Bass: Anatomy of Film Design (University Press of Kentucky). Kindred works are Gemma Solana's Uncredited: Graphic Design & Opening Titles in Movies (Gingko Press), which includes a DVD with opening titles, and the impressive Criterion Designs (The Criterion Collection). Especially new and noteworthy is William Mann's sensational Tinseltown: Murder, Morphine, and Madness at the Dawn of Hollywood (Harper). 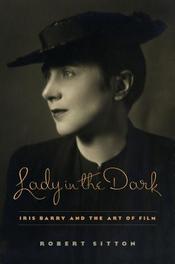 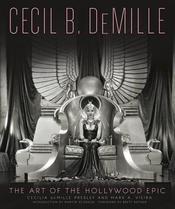 Two other titles in the running for book of the year are Cecilia de Mille Presley and Mark A. Vieira's sumptuous Cecil B. DeMille: The Art of the Hollywood Epic (Running Press) and Ruth Barton's Rex Ingram: Visionary Director of the Silent Screen (University Press of Kentucky). In different ways, each looks at the life and careers of an innovative director. Also worth noting are Tom Shone's Martin Scorsese: A Retrospective (Abrams), and "It's the Pictures That Got Small": Charles Brackett on Billy Wilder and Hollywood's Golden Age (Columbia University Press), edited by the estimable Anthony Slide. Remarkable for its revealing of the hidden career of a minor genius is Noah Isenberg's Edgar G. Ulmer: A Filmmaker at the Margins (University of California Press).

It would be a crime not to not mention two exceptional small press publications. Be sure and search out Randy Skretvedt, Peter Mikkelsen and John Tefteller's wonderful Laurel & Hardy on Stage: Rare and Unreleased Live Performances 1942-1957 (Tefteller Publishing), which features two CD's, one of rare live recordings of legendary duo, the other a 70-minute interview with Stan Laurel recorded just one week after Oliver Hardy's death. It is a beautiful labor of love. Also well worth searching out is Jordan R. Young's King Vidor's THE CROWD: The Making of a Silent Classic (Past Times), which features an introduction by Kevin Brownlow. The Crowd (1928) is one of the great films of all-time, and this book helps bring its greatness into focus.

Thomas Gladysz is an arts journalist, film enthusiast, and the founding director of the Louise Brooks Society, an online archive and international fan club devoted to the film star. Gladysz has curated exhibits, contributed to books, appeared on television, and introduced the actress's films around the world.