Digital fitness trackers like Nike’s Fuel Band or Lark's Larklife are luring users with the promise of an easy, elegant way to track healthy lifestyle information like how many calories they burn, how many steps they take -- even the quality of their sleep.

But do these devices really help? And who do they help? The Healthy Living team decided to put the most popular models to the test -- did these devices really get us to move more, eat less, sleep better? We tested six devices over the course of a week: The Nike FuelBand, Larklife, FitBit, Jawbone Up, Scosche BodyMonitor and the BodyMedia FIT BW Armband. Scroll down for the reviews.

First, a caveat: as health journalists, we are obviously a rarified group in our understanding of and emphasis on healthy behaviors. By no means do we consider ourselves average users. What’s more, we know that the people who need encouragement and help to get active are the very ones who are least likely to pick up a $100-plus fitness gadget.

“Often those kinds of programs have been criticized because they attract people who are already physically active,” she says. “In general, there are two categories of people who use these trackers: those who are told to wear them by a doctor because of an underlying health problem and those who are really active and just get a kick out of knowing their data.”

Still, a report from the Pew Internet & American Life Project found that 60 percent of American adults track their diet, exercise and overall fitness, while 30 percent track other important measures of health, like sleep quality and blood sugar.

The catch? About half of these people said they tracked this important data "in their minds" -- in other words, without a tool or app. Lead researcher Susannah Fox refers to it as a sort of "skinny jeans" principle: she finds herself monitoring weight only as her clothes get tight -- not as a data point that she measures each day.

Research is on the side of monitoring. Data shows, for example, that people who keep track of their food intake are more likely to lose weight than counterparts using identical weight loss programs. And a Kaiser Permanente study found that dieters who used food journals lost nearly twice the weight of those who didn't.

But despite the proliferation of health tracking phone apps, the number of people using an app hasn't changed since 2010. And while there isn't yet data on tracker device users, it's easy to extrapolate that this also is a rarified group.

"People might just not know which app to try," suggested Fox in an interview with Stanford medical students. "It's like being in a food court and losing your appetite. There are too many choices in an app store. How do you know which yoga app to try or which food tracker to try?"

The jury is out on whether or not an app or device are better than a good, old-fashioned notebook or pedometer. Bravata says she is a little wary of the devices. In the course of her research she has found that the only data point that actually gets users to change their behavior is the number of steps taken over the course of a day. And the only tool that helped maintain motivation? A diary to record progress over time. As she points out, that’s just as easy to get from a $10 pedometer and a notebook as it is from a $150 fitness bracelet.

“Clearly, there's enormous variation in sophistication and cost,” Bravata says. “But the medical evidence suggests that the only piece of data that people need in order to change their behavior is steps. There is already such a wide health disparity among socioeconomic groups and physical inactivity is such an enormous challenge, I’d hate for anyone to come away with the idea that they need an expensive device to help improve their fitness.”

But for those in the market for more than a pedometer, we offer our reviews. Scroll down for some summarizing thoughts and click through to see a more comprehensive review of each: 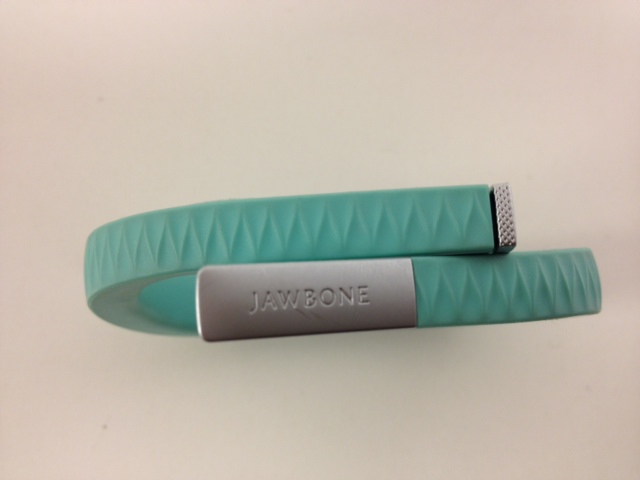 The Up System seems like a viable option for a person who wants to track his fitness and health goals. For the sedentary office worker, it's a great motivator to get your body moving -- I certainly felt a drive to meet my goals, and I moved more than I would have if I wasn't facing an end-of-day, visual summary.

Yet, the system made me a little anxious: Every night before bed, I held down the button of my band to register that I was going into "sleep mode." I kept myself awake wondering how it would know how long it took me to fall asleep (one piece of data the sleep tracker records). In the morning, I'd immediately plug the band into my phone. This made me feel a little addicted to tech, and so did being buzzed like a lab rat (though again, it did prompt me to get up and move). I guess, more than anything, it's depressing that I need a reminder to move away from my computer screen (and, you know, bend my knees) … CLICK HERE TO READ ON 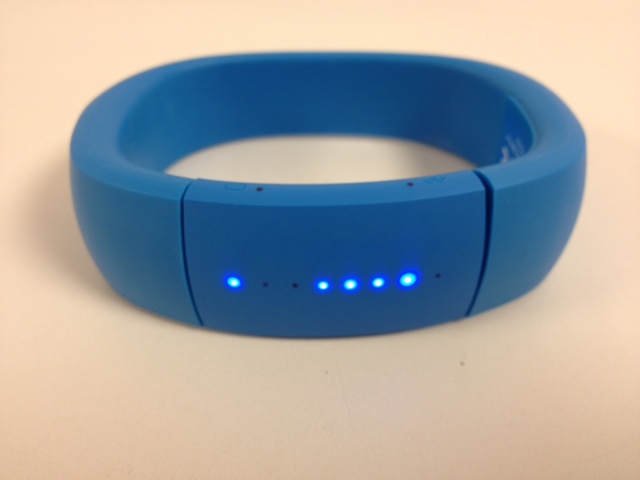 My first impression of the larklife -- especially compared to the sleek Nike FuelBand and the discreet FitBit -- is that it's clunky. But the band itself was comfortable for the most part, and the iPhone app was simple and easy to follow (almost to a fault -- some of the info, especially the food tracker, was extremely basic). At first, I felt compelled to explain to everyone why I was wearing this strange-looking device on my wrist, but, over time, it grew on me. My favorite part of the experience was, hands down, tracking my step count. I became a little obsessed with hitting 10,000 steps and found myself scheduling more walking meetings during the work day and running more errands at night, just to up my count. These small changes really add up, and make me more mindful of my sedentary days. The first day I didn't wear the band after the trial period, I found myself wondering how many steps I was taking -- I missed knowing ... CLICK HERE TO READ ON 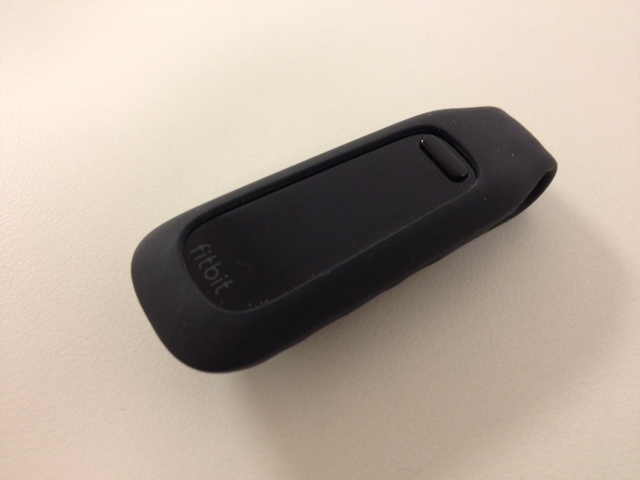 If I was trying to make a significant lifestyle change -- like if I was sedentary and was trying to be more active, or if I was trying to lose weight, etc. -- then I think I would probably shell out my own money to buy one of these. However, I have a relatively good handle of how much I'm moving every day to begin with, so I may not have gotten as much out of this tracker as other people would have. But there's certainly no downside to wearing one -- it never hurts to be more informed of your health ... CLICK HERE TO READ ON 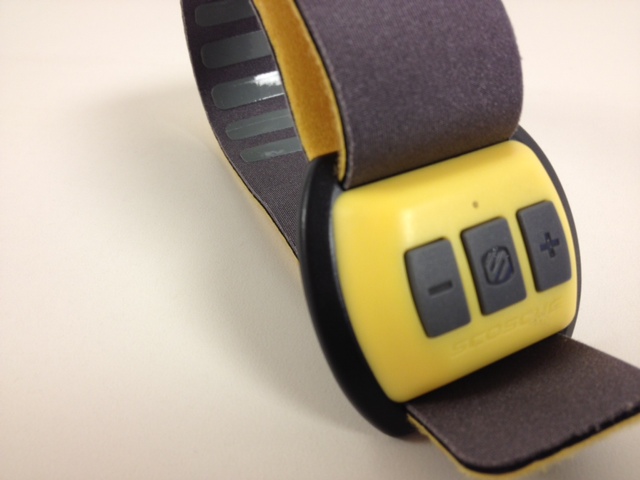 On the last morning of this experiment, I ran nearly as fast as Usain Bolt. Or at least that's what my Rhythm says. It clocked my maximum speed during my a.m. jog at 23.98 miles per hour, close to the 28 miles per hour Bolt hits in 100 meters. Who knew I was the fastest woman alive?!

The GPS is equally unreliable, clocking a 2-mile loop around my neighborhood as 3+ and a 2.5-mile loop as just about 4. Both Google and MapMyRun have calculated these distances about equally, not to mention that I know roughly how long it takes me to cover these distances -- and it's certainly not in 6:30 miles.

I liked looking at calorie burn -- especially after Spinning class on Tuesday night -- but given the inaccuracies in distance and time, I'm taking it with a grain of salt ... CLICK HERE TO READ ON 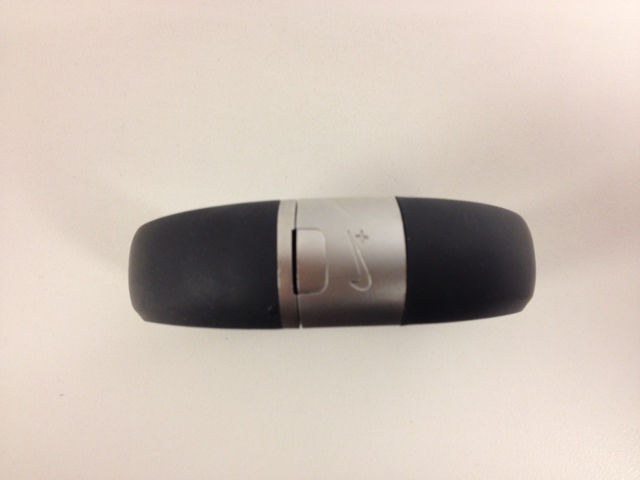 Within a day of wearing the FuelBand, I was so accustomed to it that I often forgot it was there until, suddenly, I felt an urge to measure my day. Nike's native metric system, "fuel" points, seems like as good a data point as any: I soon calibrated my expectations to a number that is based on a somewhat mysterious algorithm that the bracelet measures, using two accelerometers on either side. I set my goal for 3,000 daily fuel points -- above the sedentary-seeming "office worker" setting of 2,000 but not quite the gym rat-like 5,000 points. Meeting my goal caused me to change my behavior in small ways -- I took the stairs more and was happy to walk a few extra blocks to the subway -- but it was not a strong enough influence to actually change my major fitness behaviors. I kept to my typical running and workout routine. (Okay, on one particularly dark occasion, I found myself doing burpee ladders before bed in an effort to up my number). Ultimately, I'm not able to buy into the Fuel's logic completely. I have some reservations about the way it measures movement (if my arms aren't swinging, am I moving at all?), but anything that gets me to add a bit of movement to my daily activities is a boon in my book. Would I continue using it? I'm not sure. But I'll put it this way: as of this writing -- nearly a week after the test period ended -- I still haven't taken the thing off ... CLICK HERE TO READ ON 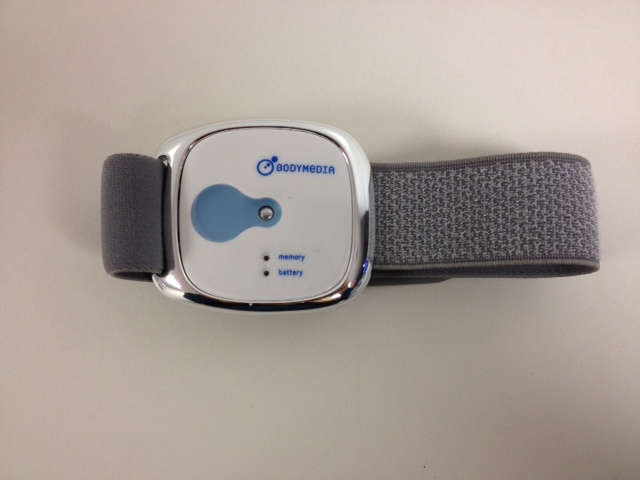 If you’re really set on being more active or losing weight then a maybe a fitness-tracking device is the way to go. I can’t say that I would wear this again, but it was encouraging to learn that the body can burn 2000 calories in a day (workout included) just by sitting at a desk, breathing, and typing ... CLICK HERE TO READ ON