From childhood friends Ben Affleck and Matt Damon to former college roommates Connie Britton and Kirsten Gillibrand, the public sphere is full of friendships as notable for their longevity as they are for their star power.

There are good reasons for why these tales of lifetime BFFs are so appealing.

"Lifelong friends not only know the person you are, but also the person you were," explains Irene Levine, Ph.D., a psychologist and creator of The Friendship Blog. "Having that shared history makes it easier to communicate in shorthand. They understand your roots and may have been witness to other important people and events in your life."

Of course, maintaining lasting friendships is easier said than done (reports estimate that most American adults have an average of just two trusted confidants) which is why we asked the experts to fill us in on their secrets for lasting love -- of the platonic variety.

Below, find some of the secrets of men and women who have maintained lasting friendships:

They keep their expectations in check. 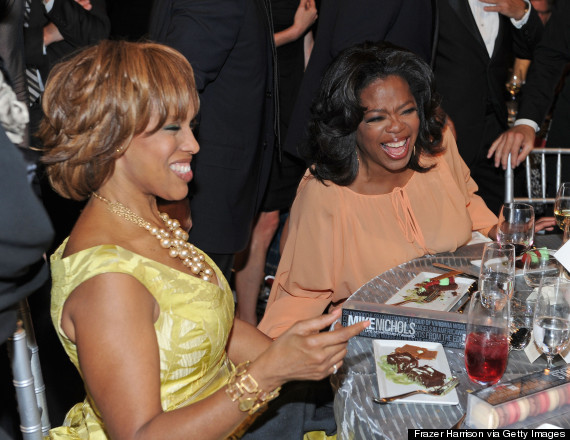 That's not to say that people who have long friendships don't ask for a lot from their loved ones. Oprah once described her friend Gayle King, whom she met working at a local Baltimore TV station in the 1970s, as the person who "wants the best for you in every single situation of your life. Lifts you up. Supports you. Always!" -- and that's no small thing.

But on the other side of the coin, they don't put pressure on the friendship to be all things to them at all stages in their lives. "They recognize that no one friend can fulfill all your needs," Levine says, "and you may, indeed, need a tribe." In other words, if your pal from the first grade isn't the first person you turn to for an in-depth conversation about a work issue, that's OK. She gives you other things.

People who have longstanding friendships "are flexible and forgiving, realizing that no person or relationship is perfect," Levine says. That means both that they allow their friends to grow and change as they themselves grow and change, and that they understand that a lengthy relationship will be more intense at some moments than others -- and that doesn't mean it is doomed or not worth the effort.

"Rather than cling to the past, or compare what you have now to what you once had (whether you were more or even less intimate than you've become), celebrate each other as you are now, while enjoying that you can also share the past together," echoes Jan Yager, a sociologist, friendship coach and author of When Friendship Hurts.

They make time for each other.

"You definitely have to make the time to keep sharing about who you are now, and developing new memories together, not just looking through old scrapbooks or photo albums," Yager says. (Conversely, being socially isolated may be as harmful to one's health as never exercising or even smoking, according to some studies.)

"Have fun," Yager urges. "Yes, sharing and being an emotional support for each other is pivotal for a friendship, but you also have to have fun ... laugh at each other's jokes and enjoy life together."

They appreciate just how unusual it is to have a lifelong bond...

People are more inclined to put an effort into things they truly value, which is why men and women who have had friends for life take time to meditate on how meaningful and rare those bonds are.

"Lifelong friendships are too rare, too precious, and too hard to ever make happen again [for anyone] to end it without a really, really good reason," Yager says.

... But they know not to hold on to a friendship just for the sake of it.

Yes, it can be hard to let go of a loved one after so much shared history. But it's important. "If a friendship is consistently draining, a relationship may have run its course," Levine says.

Some telltale signs? "You dread getting together; it feels onerous to schedule get-togethers; when you're together, there isn't much to say," she says. Other red flags include feeling like you're being undermined by your one-time friend, feeling nervous together or realizing that the friendship is characterized by frequent slights and misunderstandings, Levine says. The good news is that it's never too late to make close -- and potentially long-lasting -- friendships.

Still, Levine warns, "making new friends requires some degree of risk-taking." That's because "it isn't as easy as a kid on the playground who can ask, 'Will you be my friend?'" Look for potential pals in the workplace, or seek out individuals who have shared interests and experiences. And then -- once again -- keep your expectations in check.

"Don't expect too much, too soon," she says. "Friendships take time to develop."