As 10,000 boomers turn 65 every day, the entire landscape of retirement is changing. Perhaps nowhere are these changes more prevalent than in how people relate to their homes -- and how this will transform the entire housing market in the years ahead.

For example, while many of us assume household growth is likely to be driven by the young millennial generation, you might be surprised to learn that, according to Harvard's Joint Center for Housing Studies, over the next decade, people age 65+ will account for almost all household growth. (See the chart below.) 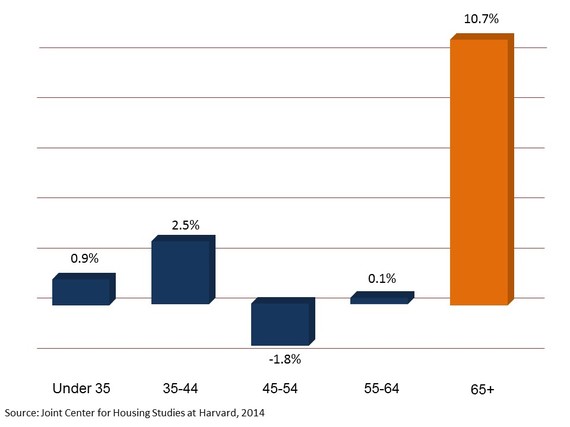 This tremendous growth among older households is driven by two forces:

As part of a multiyear examination of the transformation of all aspects of retirement, Age Wave, in partnership with Merrill Lynch, just completed a comprehensive study, titled Home in Retirement: More Freedom, New Choices, in which we surveyed a representative sample of over 3,600 adults nationwide, from all walks of life and socioeconomic strata, to uncover their priorities, dreams, and worries as they determine which homes, communities, and regions they will live in during their retirement years. As Andy Sieg, head of Global Wealth and Retirement Solutions for Bank of America Merrill Lynch, points out, "How and where our nation's aging population chooses to live will have widespread implications on the way homes are designed and renovated, the resources people will need, and how businesses nationwide need to prepare."

This is the first of two articles that describe our findings. If you like, you can download the entire study report here.

In terms of where and how you live, there are now two distinct phases of retirement. During the first phase -- which can often span more than 15 or 20 years -- retirees often feel healthier and more active than prior generations of retirees felt. In fact, this first phase of retirement has emerged as a time of more freedom and new choices for how and where you might live.

Keep in mind that throughout much of our lives, where we live is often determined by work and family responsibilities. Most careers require that people live within a reasonable commuting distance from where they and/or their spouse work. And, of course, during our parenting years, we need homes that are close to our children's schools. However, as we enter our 60s, we begin to cross what our study calls the "Freedom Threshold." As people enter the life stages of empty nesting and/or retirement, they feel liberated from many of the responsibilities and obligations that have restricted their choice of home and community up until this point.

This study determined that the freedom to live where and how you like actually peaks in this first phase of retirement, with two out of three retirees saying they are living in "the best homes of their lives." As one focus group participant explained, "In retirement, we suddenly have the chance to live anywhere we want. There hasn't been any other time in our lives when we had that kind of freedom, and it's exhilarating." 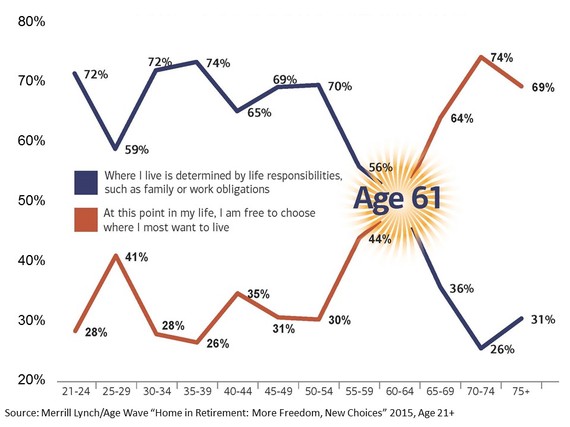 Home ownership remains a big part of the American Dream for many people of all ages, and four out of five Americans age 65+ actually achieve that dream and own their own home. According to the Bureau of Labor Statistics, seven in ten homeowners age 65+ have fully paid off their mortgages (see chart below). Think about that. As one retired focus group participant expressed, "When I was younger, I always had to worry about that monthly mortgage payment. Now I own my home free and clear. It's replaced my anxiety with a greater sense of peace of mind." It also means that these retirees have built real equity in their homes, which often can represent a substantial part of their overall net worth. Households age 65+ now account for 40 percent of all home equity in the United States.

Percent of homeowners with no mortgage by age 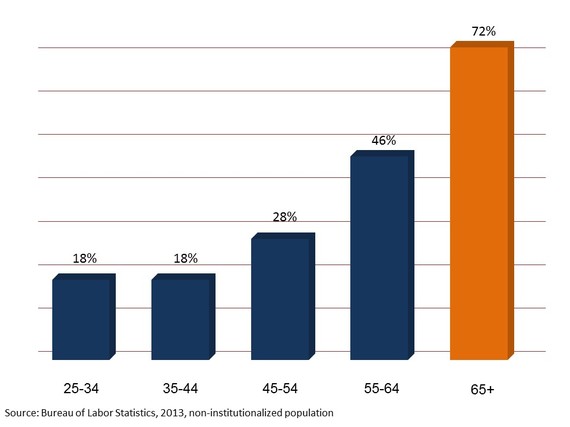 Should I Stay or Should I Go?

The stereotype many of us hold in our minds is that most retirees want to stay put in their homes or move to an age-restricted retirement community. The reality is often quite different: We learned that 37 percent of today's retirees have moved at least once since retiring, and another 27% expect to move at some point. A mere 7 percent live in retirement communities. As we might expect, some retirees move because they want to reduce home expenses or because they're experiencing health challenges, divorce, widowhood, or an empty nest. However, more and more retirees are moving to improve their lifestyle, enjoy the stimulation of cities or college towns, experience more comfortable weather, or relocate to an area that just feels like it would be more fun than where they've been living. What may surprise you to know is that the top reason retirees choose to move is "wanting to be closer to family" -- which suggests an engaging and active new chapter of life, rather than a retreat or slowing down.

Reasons for moving to current home in retirement 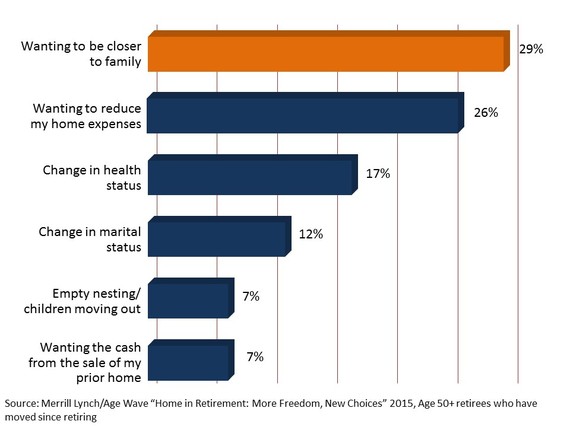 About 50 percent of retirees who move choose to downsize, and they do so to trim costs, decrease maintenance responsibilities, or simplify their lives. However, there is also what we are calling a "Downsize Surprise." While 20 percent of retirees relocate to similar-sized homes, incredibly another 30 percent actually upsize, moving into larger homes in retirement. The primary reason that half of retirees who move don't downsize is to have the space for family to visit on a regular basis. It's as though they're turning their empty nest into a "Nurturing Nest." With so many families spread out around the country, many of today's retirees want their homes to become a place where the family (especially grandchildren) can regularly visit and reconnect. In our focus groups, we repeatedly heard comments like, "We want our children and grandchildren to feel like this is their second home."

Home Is Where the Heart Is ... But Let's Remodel the Kitchen!

This study also identified the primary reason that some retirees choose not to move at all: They simply love their home, a sentiment we heard repeatedly. Many focus group participants expressed some variation of, "Our home means everything to us. It's where we raised our family, and all our memories are embedded in these walls."

Retirees may love their home, but that doesn't mean they don't see room for improving it, and that's where another long-held stereotype is dissolving. While you might imagine that younger households are ripe for remodeling projects and older adults prefer to keep things status quo, it turns out that age 55+ households now account for almost half (45 percent) of all spending on home renovations -- about $90 billion last year alone. And these numbers will most likely escalate as the boomers propensity for shape-shifting impacts the world of retiree home remodeling.

While stereotypical images of retirees' home renovations may conjure up images of grab bars, ramps, and other changes to accommodate health challenges, what we discovered was very different. Retirees who plan to stay in their home throughout retirement are far more likely to have made changes that create more attractive, comfortable, and versatile homes. As you see in the chart below, they report feeling the freedom to create their dream home.

Percent of retirees who have renovated their home by... 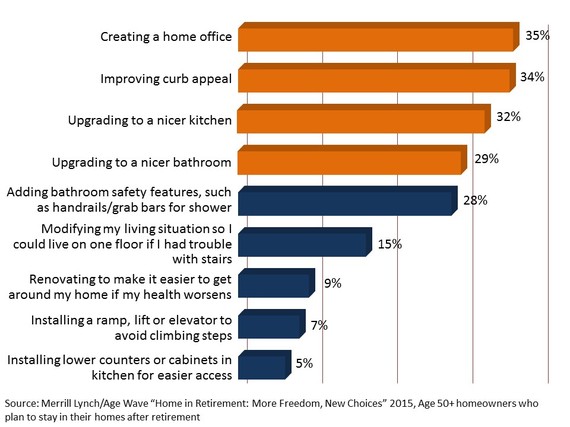 Many of us may hold the image of retirees living in gated communities with little or no interaction with the larger community outside their door. This study shatters that stereotype as well, demonstrating that today's retirees have both the time and desire to reinvigorate their connections with their communities. They are rediscovering their neighbors and neighborhoods; engaging in work, volunteer, and cultural activities; visiting museums and libraries; and taking lifelong learning classes at community colleges.

The Best Home of Your Life

In this first phase of retirement, retirees feel a greater sense of freedom to move, if it makes sense, or renovate to make their homes more comfortable and enjoyable. As a result, almost two-thirds (65 percent) of retirees now say they are living in "the best home of their life."
Stay tuned for part 2 of this series tomorrow, when I'll be focusing on the second phase of retirement and how retiree housing choices change as retirees grow older and health and independence become an increasing priority. We'll also look at the growing role technologic innovation can play to allow retirees to live where and how they want in this phase or retirement.

Two-Thirds of Today's Retirees Say They're Living in the Best Home of Their Lives: New Study Shatters Stereotypes
Multigenerational Homes: From The Accessible To The Extravagant 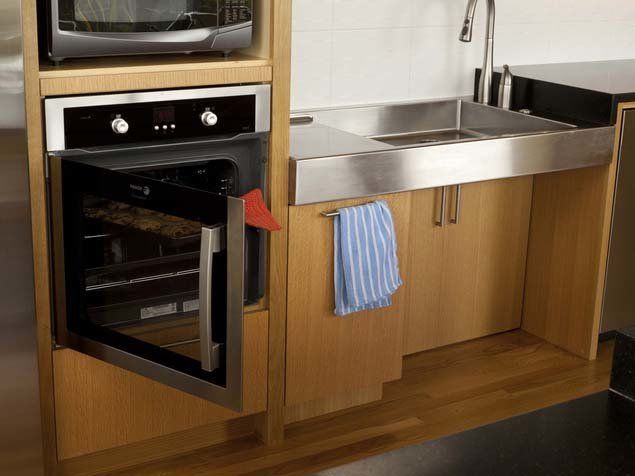