Overwhelmed by all the choices on Instagram? You're not alone. With 27 filters and endless ways to customize your photos, it's hard to decide how best to edit your pictures to get the most satisfying results. Thankfully, science is here to help.

Researchers from Yahoo Labs and Georgia Tech have figured out which filters and edits tend to result in the most views and comments. 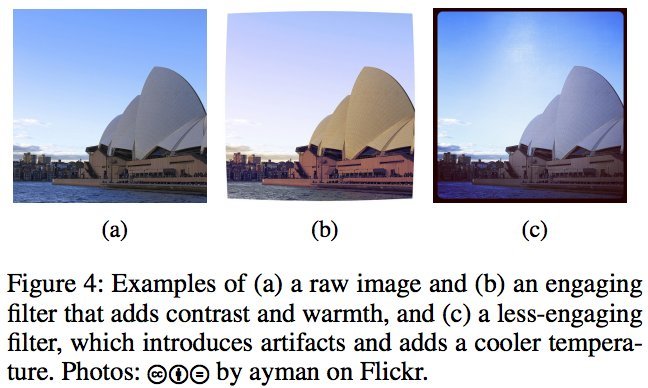 The researchers found that the people they interviewed enjoyed editing and filtering their photos, even though the tweaks took some time. "Many of our participants mentioned that ... changing their photos through filters makes those photos more special and fun," the paper reads.

Perhaps, the researchers suggest, that's why people are engaging with filtered and edited photos -- because those pics feel special.

H/T Science Of Us