From personal drones, to smart coffee-brewing machines, to data-focused sleep tracking systems, Kickstarter helps to fund creative, tech-savvy products that are changing the world every day.

Since launching in 2009, the crowdsourcing platform has persuaded 8.1 million people to pledge more than $1.6 billion, funding 80,000 projects -- and the numbers are only growing.

Some of the more high-tech phenoms made possible by community contributions are truly inspiring. What really gets us excited, though, is that we can integrate them into our daily lives via our smartphones! We’ve partnered with U.S. Cellular to bring you these seven amazing products featuring some of the best mobile technology to have come about through Kickstarter. 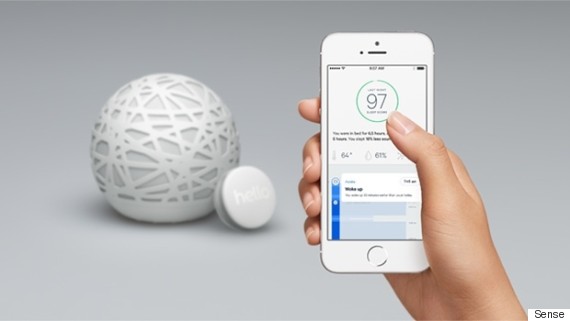 Study after study has proven that sleep deprivation is bad news: It causes us to eat more, it shrinks our brain, can impair driving and is even linked to Type 2 diabetes. It’s such an issue, in fact, that last year the Centers for Disease Control and Prevention called sleep deprivation a public health epidemic. Helping America sleep more, Sense is the first simple system that combines information from your sleeping patterns with environmental data to help you achieve a better night’s rest. Sense monitors sleep behavior via a tracking sensor, and observes factors within your environment (like noise, light, temperature, humidity and even particles in the air to determine how well you slept, or didn’t). A mobile app for Android and iPhone then compiles all the data together, determining problem patterns to help you fix whatever is preventing you from resting peacefully. Hello Inc., creators of the fancy tracking system, got some sweet dreams of their own by raising $2,410,741 in August 2014, exceeding their $100,000 fundraising goal by millions of dollars. 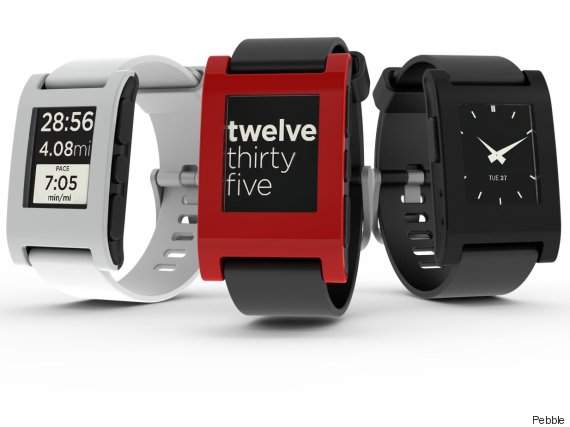 Billed as “the first watch built for the 21st century,” Pebble is the smartwatch that set the bar for all wrist-worn tech to come. The waterproof, e-paper watch is fully customizable and connects with your iPhone or Android using Bluetooth to download watch faces and useful Internet-connected apps. It even alerts you to incoming calls, emails, messages and calendar reminders, all from your wrist, so you don’t need to check your phone every five minutes. For athletes and fitness enthusiasts, specialized apps for cyclists, golfers and runners give Pebble activity tracking capabilities. And that’s in addition to all the normal functions a wristwatch is capable of (you know, like telling the time). The minimalist yet fashionable design was funded in May of 2012, raising a total of $10,266,845 from 67,928 backers and smashing its $100,000 goal. 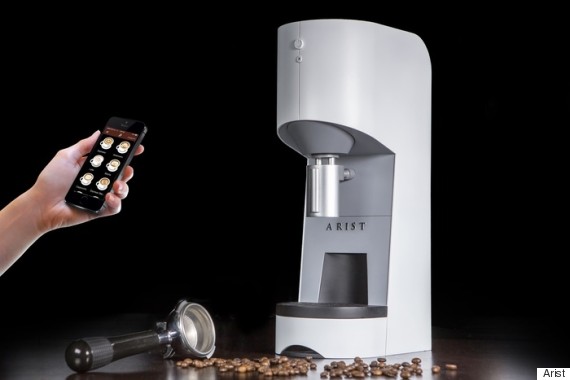 Is it just us, or do you feel like sometimes your barista knows you better than your own family and friends do? Well, at the very least, he or she knows your complicated coffee order. To offer individuals the same calculated, fresh-brewed coffee at home, there’s Arist. Simplifying the brewing process to a specific, precise and consistent method you can control with the tap of a smartphone, Arist is the first coffeemaker that gives you 100 percent control over the brewing process. Everything from grind size, water temperature, water flow, pressure and ground weight is in your hands (literally). And like a good barista, Arist will remember your favorite order. Proving just how strong America’s relationship with coffee really is, this Kickstarter campaign jolted 2,519 backers to raise $845,139 -- way past a $120,000 pledge goal. 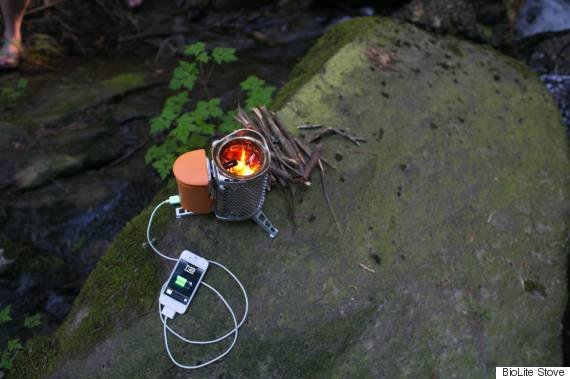 Combining the technology associated with “glamping” and the outdoorsy craftsmanship it takes to build a campfire, the BioLite BaseCamp is a completely off-the-grid cooking and energy solution powered by wood that you can cook your meals on. Yes, you’ll still need to collect fallen branches and firewood, giving you that “Survivorman” feeling that pairs nicely with camping -- but smaller and easily manageable pieces will suffice to make this fire burn. The BioLite BaseCamp converts heat into usable electricity, perfect for cooking wood-fired meals as well as charging devices like smartphones, GPS devices, headlamps or GoPros. The Kickstarter campaign for this smart alternative to fossil-fuel-burning stoves and traditional campfires began heating up shortly after launching, recruiting 3,783 backers to raise $1,032,443 after setting a goal of just $45,000. 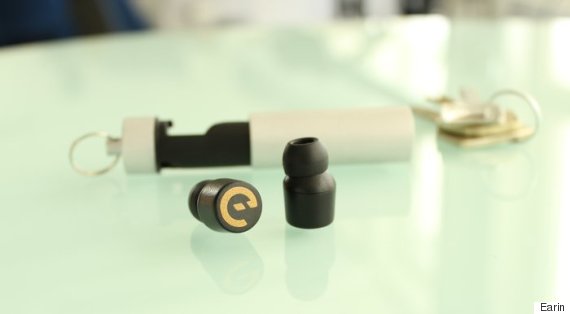 If you’ve ever listened to music through headphones, you know the struggle that is untangling wires for the umpteenth time, or having your listening experience interrupted by something or other yanking your earbuds out. Eliminating these struggles is Earin, the world’s smallest wireless earbuds. Together, the pair of earbuds function as one Bluetooth headphone, providing a high quality audio without any cables or attachments to interfere with your listening experience. Earin allows you to use all of your phone capabilities for a completely cordless and hands-free experience. Inspiration for the device comes from the movie “Definitely Maybe,” in which Ryan Reynolds is seen walking with a pair of small, no-strings-attached earbuds. Earin appropriately achieved Hollywood-level funding to go with creator Olle Lindén’s vision: 8,359 backers funded the project in July 2014, raising over $1,000,000 after an initial fundraising goal of $196,047. 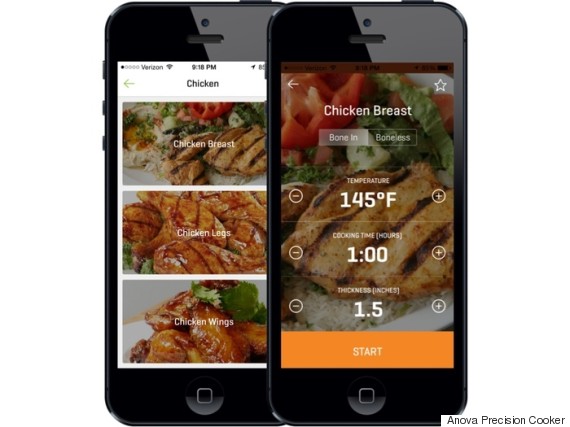 Cooking with a crock pot or ordering out are not the only ways to return from work to an already-prepared dinner. Now, cooking your meals while maintaining a busy schedule is easier than ever with the Anova Precision Cooker, precision temperature cooking technology’s next-generation kitchen appliance. Anova makes it easy and affordable to join the likes of Chipotle and others that utilizing this cooking method, brings food to a very precise temperature, then holds it there for a period of time. With Anova, pressing a few buttons on your smartphone is all it takes. The cooker attaches to a pot holding your food, which is contained within an airtight ziplock bag. You need set the necessary cook time and temperature. The cooker does the job of circulating the cooking water within the pot for you. By connecting to Anova via your phone, you can cook delicious meals from anywhere. With a goal of $100,000, the Avona Precision Cooker raised a tasty $1.8 million from 10,508 backers in June. 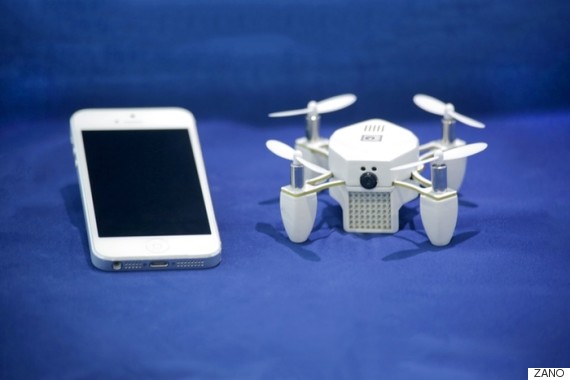 The technology to fly drones from our smartphones is (finally?) here -- and if you were one of the lucky 500 people who backed ZANO early on, you’ll get to experience it firsthand. The ultraportable drone is actually intended as a personal aerial photography and HD video capture platform, enabling users to capture and share Instagrammable moments like never before. The device is small enough to fit in the palm of your hand, yet holds enough technology to fly all on its own. The ZANO can start snapping and filming moments from heights and angles impossible to capture on your feet. And thanks to direct connectivity to your smartphone, you can then immediately share the footage with friends or on social media. Over 12,000 backers pledged roughly $2,556,254 to make ZANO a reality, exceeding the $136,955 goal by far.

Technology is advancing the world one crowdsourced project at a time. Accelerate your mobile experience with technology from U.S. Cellular® and get coverage in the Middle of Anywhere™.