There are two tales of Main Street in the United States: The "heartline of America" that Walt Disney mapped out some 60 years ago, and the less idyllic business districts like H Street in Washington, D.C.

The Near Northeast neighborhood, one of Washington's earliest and busiest commercial districts, wasn't always a symbol of dashed hopes. "I grew up in the H Street area when H Street was very vibrant," says Anwar Saleem, Executive Director of H Street Main Street, an organization dedicated to the revitalization of the historic strip. "We had shoulder to shoulder people, retail, music stores, department stores, beauty salons... you name it, we had it on H Street." That was back in the '50s and early '60s. And then the riots happened.

"I was 7 years old. I remember the principal coming over the loud speaker and telling us that Dr. King had been killed," Saleem recalls. "That was the beginning of the demise [of H Street]. During the riots, some key pieces burned down, a lot of the owners of buildings abandoned [them]... and next thing you know, everything just deteriorated," he says. 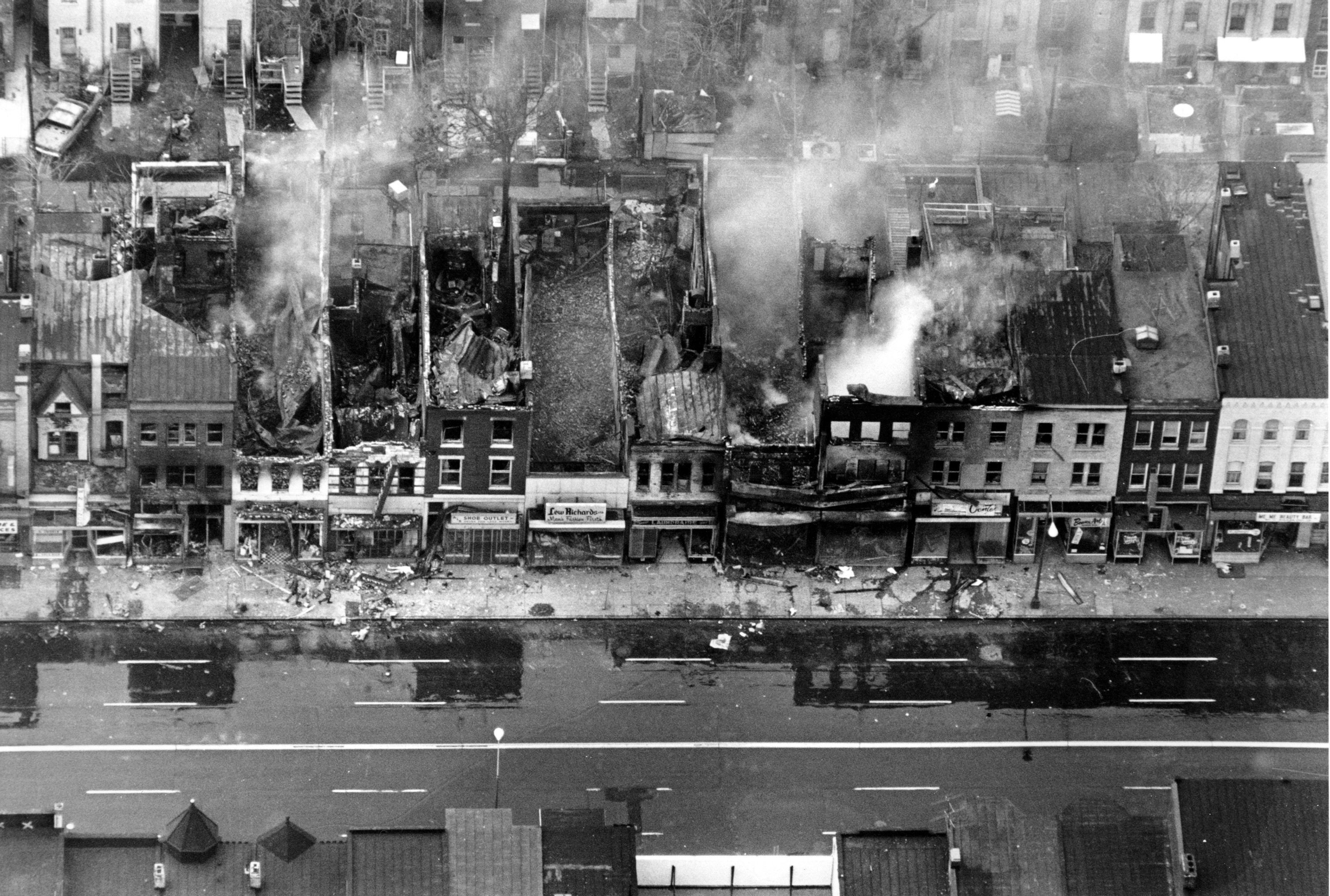 This aerial photo shows fire-gutted buildings, some still smouldering, along a block on H Street between 12th and 13th Streets in the northeast section of Washington, D.C. on April 5, 1968. Photo: AP

Some 40 years later, the makings of a renaissance had reached critical mass in D.C. But it would take more than a handful of local leaders like Saleem to pull it off. They'd need to call in the big guns -- politicians, deep-pocketed natives and organizations like the National Trust’s Main Street Center.

The latter, founded in 1980, works with local communities to encourage preservation-based community revitalization, and "has equipped more than 2,000 older commercial districts with the skills, and organizing framework they need for renewal," according to the center's site.

Washington, D.C. wasn't the only city to see its downtown district go to ruin during the late '60s. Harrisonburg, Virginia native Eddie Bumbaugh experienced, first-hand, similar disrepair in the heart of his hometown. "My father owned the Buick dealership in downtown, so I grew up connected to [it]," says Bumbaugh, who now serves as executive director of Harrisonburg Downtown Renaissance. "During the decades of the 1970s to 1990s, the downtown district underwent significant deterioration, vacancies, and economic challenges, as was the case with many communities around the country." Bumbaugh blames the development of malls and chain stores located out of the downtown area for the overall decline of Main Street, America.

Saleem agrees. "The introduction of Landover Mall pulled people away from H Street to a certain degree," though he also points to the media's role in keeping a resurgence at bay. "The media was our biggest enemy. [First] it was the riots. They constantly reminded us of the riots. Then it was the Catherine Fuller murder," he says of the brutal slaying of a mother of six on H Street that garnered national attention. "They constantly reminded us of [that]. It could be ten years later, but they always kept in our face the horrendous stuff that took place there."

In 2005, the Main Street Center kicked off a program that would prove to be one of its most important incentives in helping communities like H Street and Harrisonburg turn their reputations around: The Great American Main Street Awards (GAMSA).

GAMSA recognizes communities who they say demonstrate "exemplary achievement in the process of strengthening their downtowns and commercial districts." Washington D.C.'s H Street won the award in 2013 and Harrisonburg took home the title in 2014. "A short dozen years ago, that would have been inconceivable," Bumbaugh says. 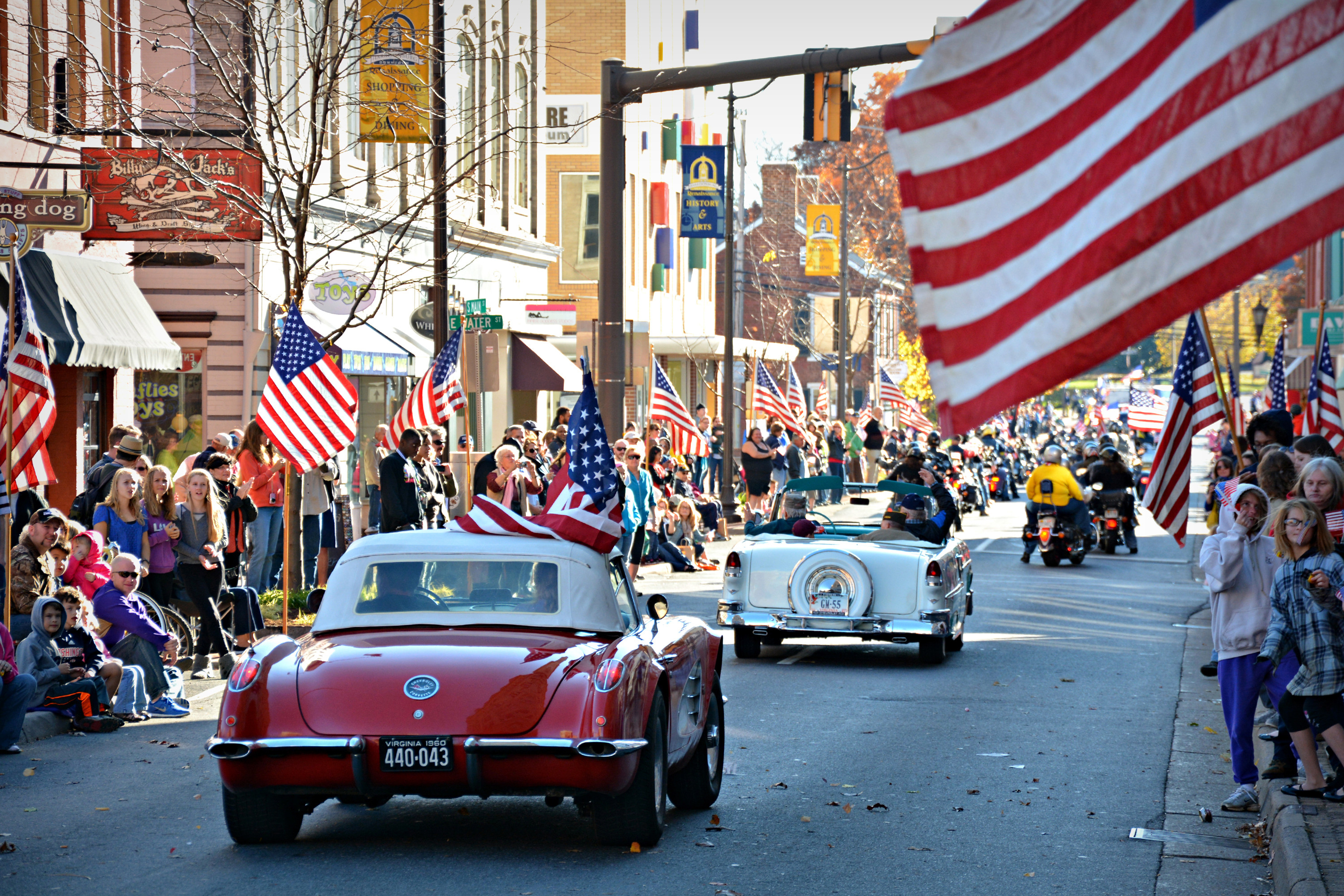 83 other Main Streets have been named in the 20 years since the award program launched. This year, the Main Street Center is adding three more to the list. Check out the slideshow below for this year's winners and the Center's site for a list of winners past.