The week of Thanksgiving is in full force here in the United States, so we imagine that many of our readers are currently in the process of preparing for an enormous, multi-course meal surrounded by friends and family of equally rapacious appetites. Who can resist a full day dedicated to gorging yourself on a cornucopia of turkey and its various side dishes, followed by the ritualistic, food-induced coma?

To celebrate this time of festive eating, we've put together a list of the 15 best banquets in art to help you make your Thanksgiving the greatest feast possible. These works of art span the decadent dinners of the Roman Empire to medieval Europe all the way to 20th century America, capturing the day of plenty in all its sumptuous glory. 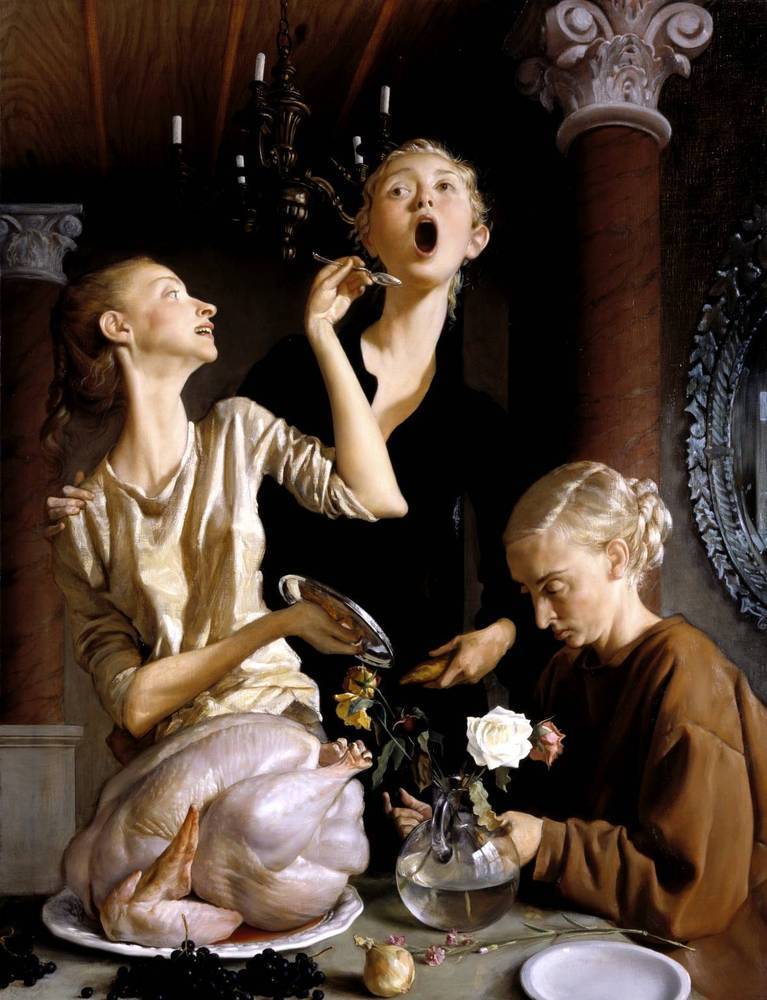 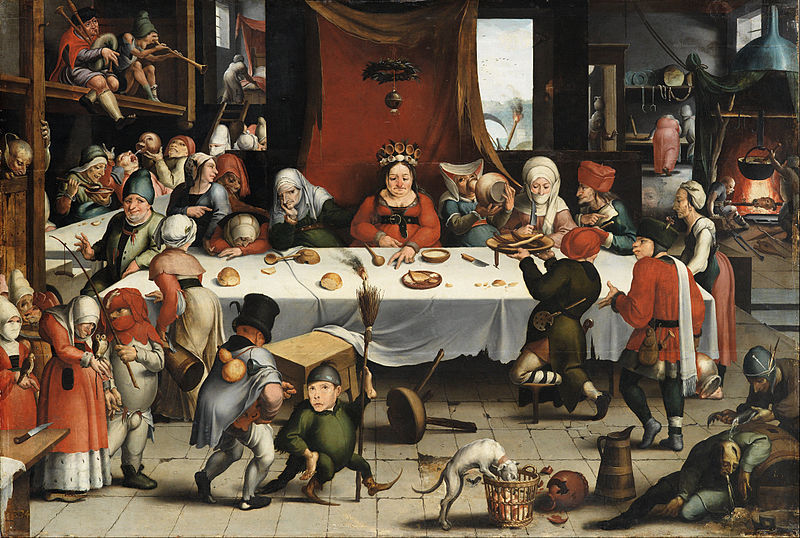 This is like a snapshot straight out of your Thanksgiving family album, right? 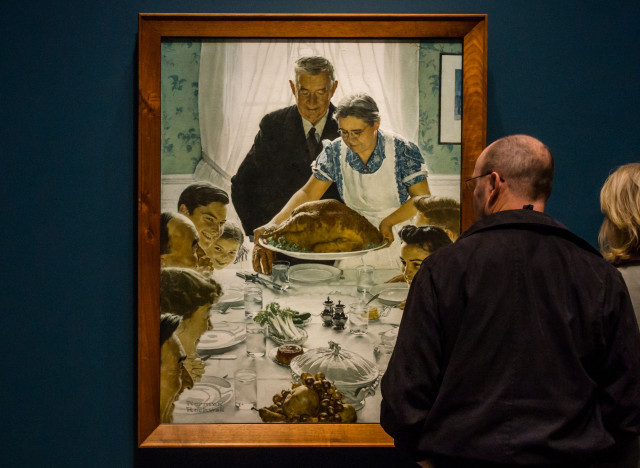 The most iconic of the American feast paintings, don't you think? 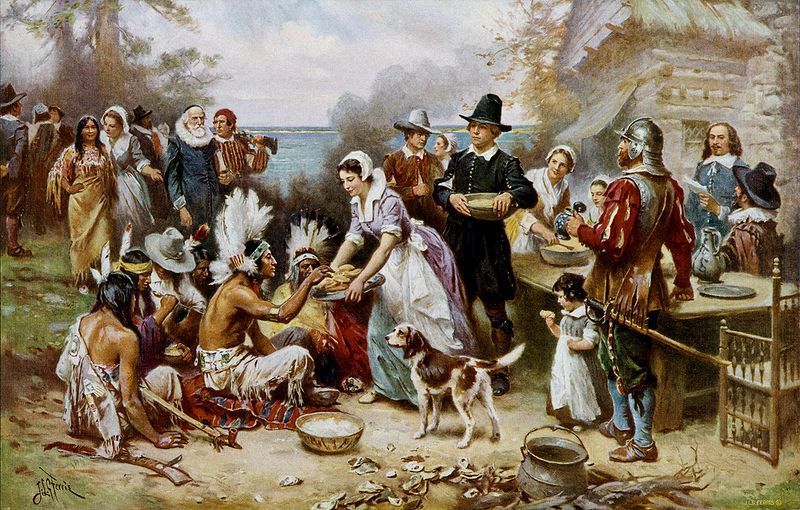 We highly doubt the first Thanksgiving really looked like this, but we'll let you be the judge of that. 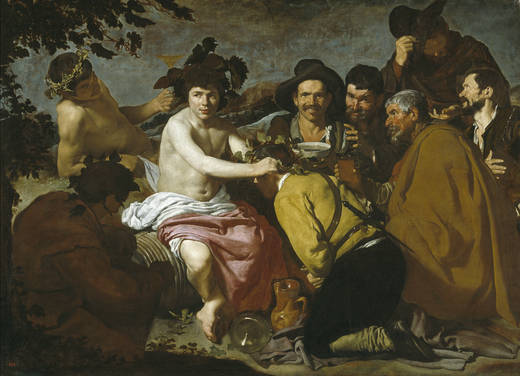 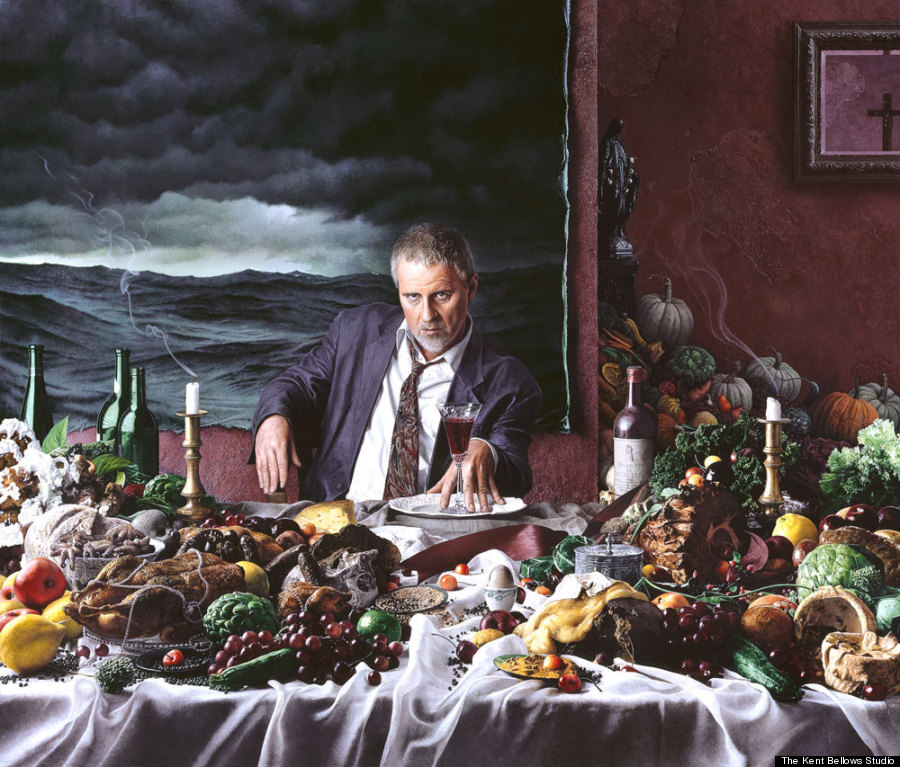 Hands down the most intimidating diner we have ever seen. (Courtesy of The Kent Bellows Studio & Center for Visual Arts) 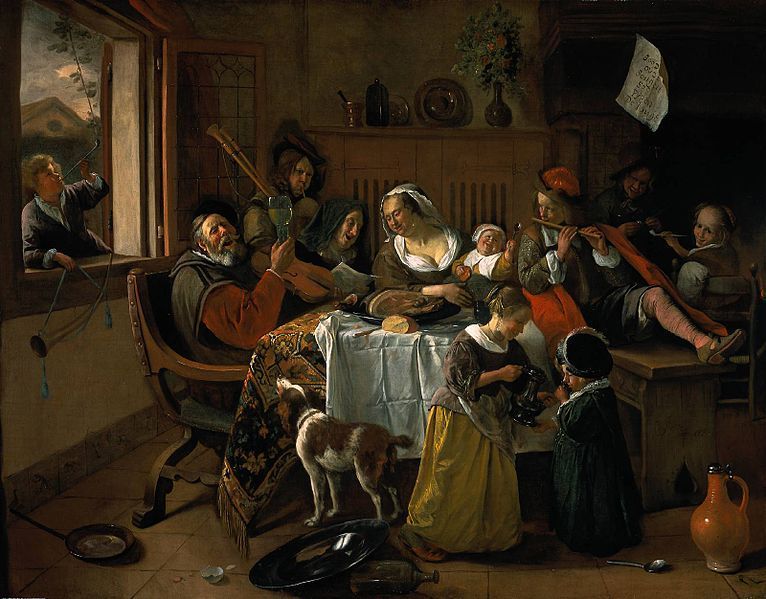 Look, even the infant is getting into the festivities. 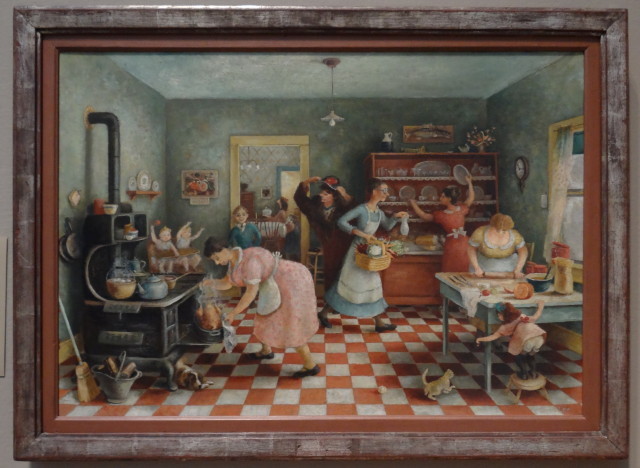 Where are all the male chefs, amiright? 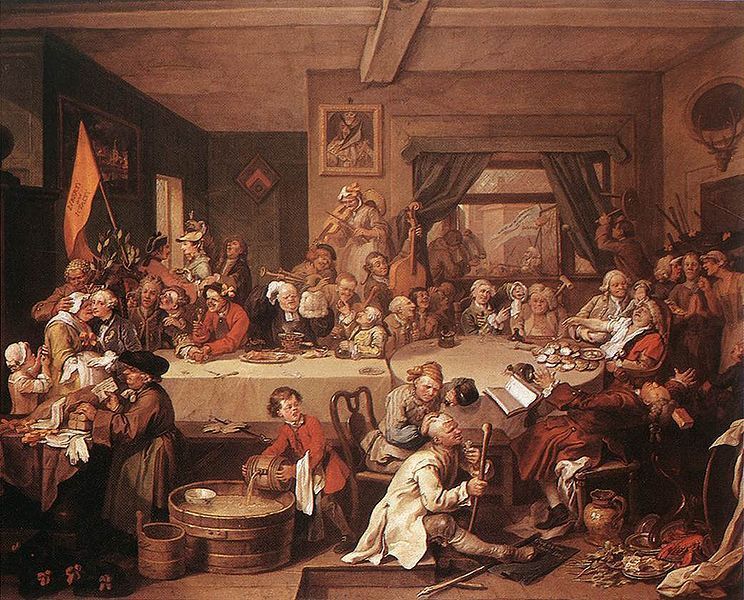 These electoral entertainers really know how to feast. 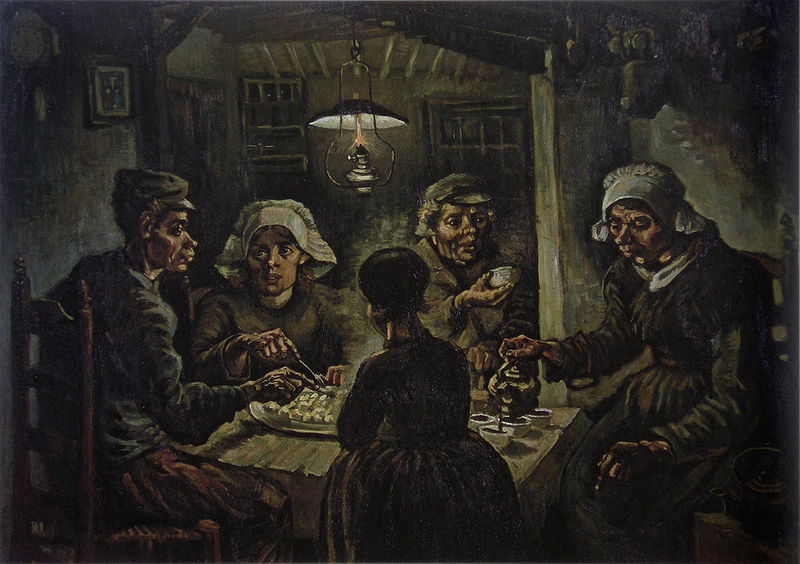 Times were hard, but at least there was tea and starch to be had. 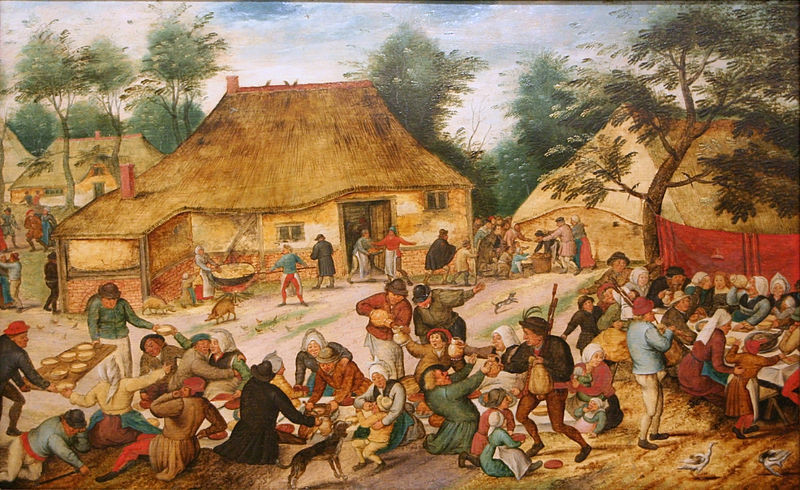 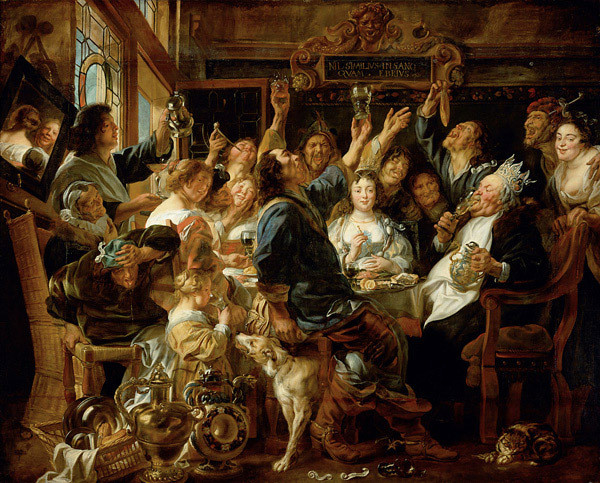 While they're not potatoes, you can't really forget the bean's crucial role in proper dining either. 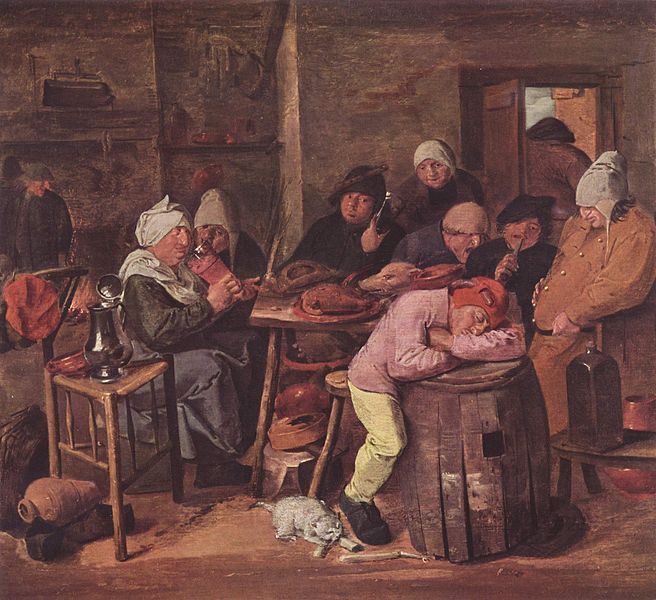 These guys are clearly in the post-eating phase. Hence the many passed out revelers. 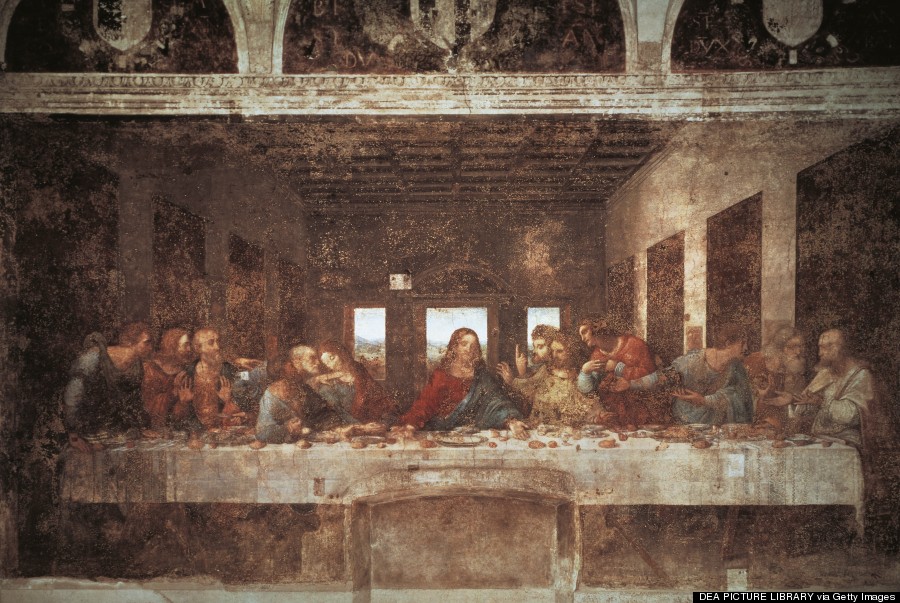 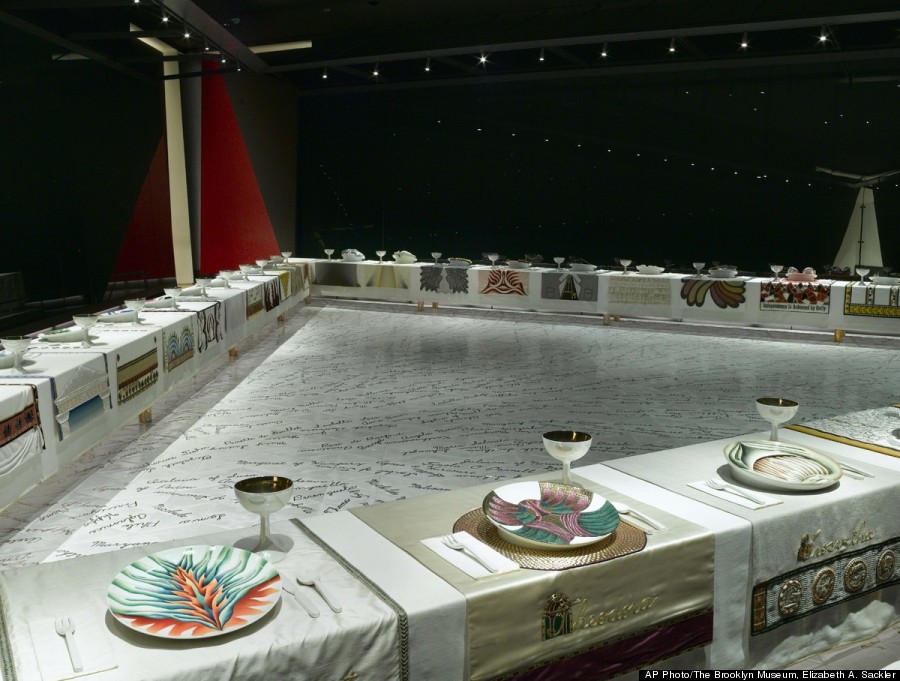 Let's face it. At times you'd rather dine with Virginia Woolf and Georgia O'Keeffe than your weird relatives.