With Chicago's sterling reputation for Mexican food, scores of hungry Windy Citizens are expected to take in a Mexican meal during Cinco de Mayo this weekend.

(See GrubHub's ranking of Chicago's most popular Mexican restaurants below.)

Orders for Mexican food spike by 25 percent on Cinco de Mayo according to GrubHub — which took a ranking of the most popular Mexican restaurants in Chicago (using both GrubHub and Yelp ratings to "ensure quality").*

The History Channel notes that while Cinco de Mayo is a relatively minor holiday in Mexico, the day has evolved into a "celebration of Mexican culture and heritage" in the U.S. The date commemorates the Mexican army's 1862 victory over France at the Battle of Puebla during the Franco-Mexican War, though it's often confused as Mexico's independence day, which is Sept. 16.

*Before you cry foul that a favorite spot didn't make the list, the ranking only includes Mexican restaurants that have a delivery or carry-out option. 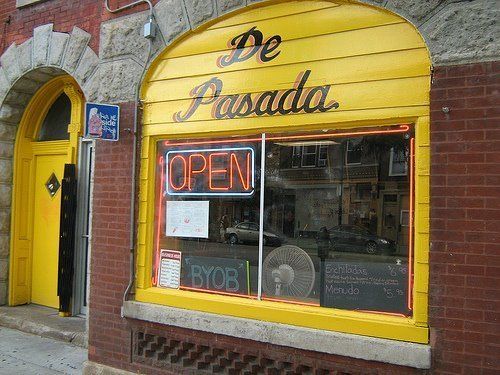