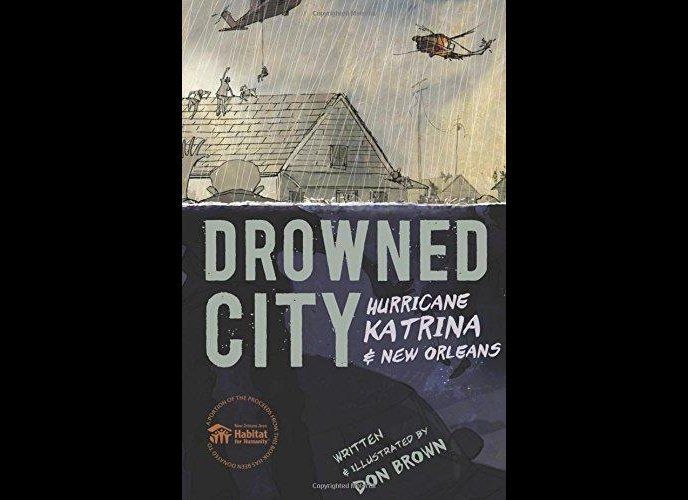 1 / 10
'Drowned City: Hurricane Katrina and New Orleans' by Don Brown, illustrated by Don Brown
"An excellent chronicle of the tragedy for a broad audience; children, teens, and adults will all be moved." Following the stellar <i>The Great American Dust Bowl</i> (2013), Brown tells the story of Hurricane Katrina and its impact on New Orleans, beginning with “a swirl of unremarkable wind” in “early August, 2005” and ending with the observation that “By 2012, only 80 percent of New Orleans’s residents had returned.” <a href="https://www.kirkusreviews.com/book-reviews/don-brown-5/drowned-city/" target="_hplink">Read full book review.</a>