This post started as a list of my 10 favorite movies of 2013. (The Coen Brothers' "Inside Llewyn Davis" was number one, you weren't wondering.) Somehow, though, it morphed into my favorite characters from 2013. These are certainly not the best characters of 2013, nor the characters that are most likely to earn anyone an Oscar nomination. These are just movie characters that I found the most interesting from this past year, for both good and bad reasons. (And, yes, maybe I just wanted to write about the World Engine from "Man of Steel" one last time, even if that's not technically a character; life is full of mysteries.) So, behold, here are the movie characters from 2013 that I've thought about the most over the last 12 months. 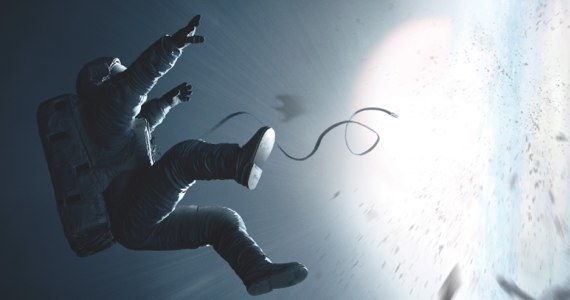 We barely knew you, Mr. Hole in the Head. Of course, you weren't always Mr. Hole in the Head. At one point, you were Shariff Dasari, zipping around space like you owned the final frontier. Then the debris came. Then the reports came that Sandra Bullock and George Clooney played the only characters in "Gravity." The only characters?, you thought, as the life was leaving your body because you have a massive hole in your head, but I'm a character? Will no one remember me? Is this hole in my head in vain? I realize being included on this list is of little consequence, Mr. Hole in the Head, but I remember you. Hopefully others will remember you now, too.

9. Harlan DeGroat from "Out of the Furnace" 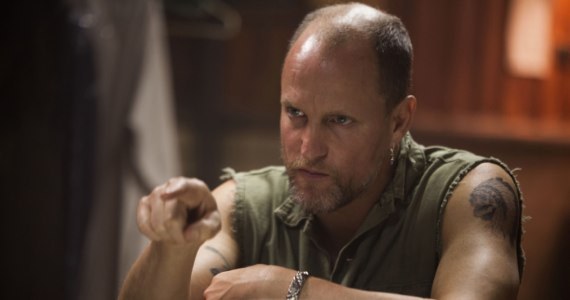 "Out of the Furnace" opens with a scene of Harlan DeGroat (Woody Harrelson) at a drive-in movie theater watching the 2008 Bradley Cooper vehicle "The Midnight Meat Train." During DeGroat's night at the movies, he gets drunk, sticks a hot dog down his date's throat, then beats the living hell out of another movie patron who had the dumb luck of spending his hard-earned money to watch "The Midnight Meat Train" on that particular evening. (I'd pay good money to read Harlan DeGroat's CinemaScore ballot for "The Midnight Meat Train.") The reason Harlan DeGroat fascinates me so much is that he's such an ornery cuss. Does he have any redeemable qualities? Do his friends defend him by saying things like, "That's just Harlan being Harlan, but deep down, he's such a softy"? Harlan DeGroat is so evil in this movie that when I imagine him doing everyday, rudimentary things, it makes me laugh.

8. The Escaping Bat from "Anchorman 2: The Legend Continues" 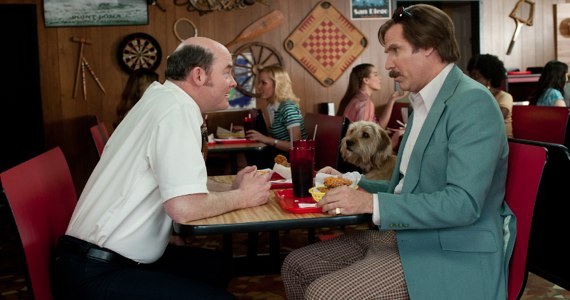 When Ron Burgundy (Will Ferrell) tries to get his news team back together for a move to New York City where they'll work for a 24-hour news network, he finds poor Champ Kind (David Koechner) in dire straits. Champ has fallen on tough times, but does own a fast food restaurant. Unfortunately, Champ's restaurant passes off bat meat as chicken meat. In the background, we see a lone bat making a daring escape attempt. I wonder if he made it. And, if so, I wonder where he's going. Will someone in San Diego find him and love him? We all just want to be loved, really, even bats. We never learn Dennis' fate, sadly. (I've named the bat Dennis since the movie never specifies a name.) The fate of Dennis will probably be one of them many open-ended questions we are left to ponder as we enter 2014. Godspeed, Dennis.

7. Cypher Raige from "After Earth" 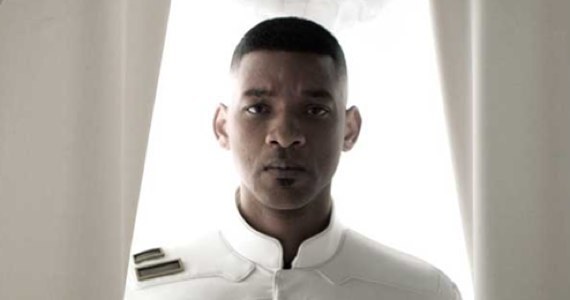 "After Earth" is a terrible, terrible movie. And Cypher Raige (Will Smith) is by far the most boring man who ever lived with that cool of a name, but that's also why I can't stop thinking about him. Cypher Raige is played by one of of the most famous people on the planet, and he just sits in his crashed spaceship for the entire movie, telling his son, Katai Raige, to "take a knee." I'm sure Cypher Raige had other dialogue in the movie -- I'm almost positive -- but all I remember is "take a knee." (Full disclosure: I've probably ironically quoted "take a knee" from this movie at least 500 times since May.) Also, again: His name is Cypher Raige.

6. The Video Game Character from "Her" 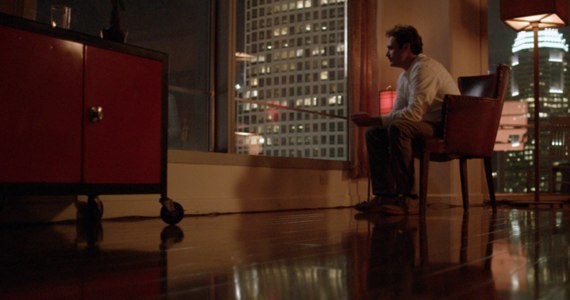 This isn't a reference to Scarlet Johansson's fantastic voice work as sentient operating system named Samantha in Spike Jonze's wonderful "Her." No, this is the video game character that Joaquin Phoenix's Theodore Twombly often interacts with while playing some sort of three-dimensional projected adventure game in his living room. I wish this game existed in real life. Not just for an interface that is able to project a magical new world that blankets an entire living room, but for a character as cute as this little fellow who will also flip me off when he's mad at me. 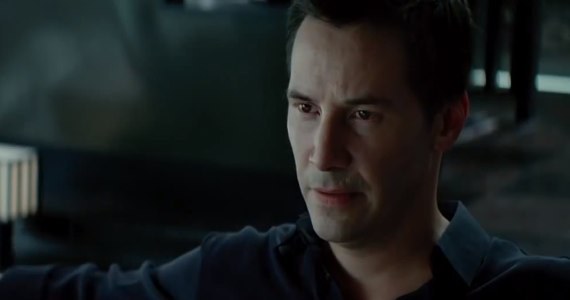 "You owe me a life" is my second most quoted line from any movie this year. I'm really not even sure what it means, but Keanu Reeves says it a lot during "Man of Tai Chi" and it's kind of a fun thing to say when you don't really have anything else to say. Here's the problem, no one really saw "Man of Tai Chi," so the general population is not really aware of all of the wonderful facial expressions and sounds that Keanu Reeves makes during this movie. There is one scene in particular in which Reeves' Donaka Mark hears some news that is pleasing. Instead of smiling, along with maybe a fist pump as some sort of sign of personal satisfaction like a normal person, no -- the camera zooms in on Reeves' face as he bellows a noise that can only be written as, "EHHHHHHHHHHHHUUUUUUUUUUUUUUUU." Someday, Donaka Mark, people will discover you. Someday, people will appreciate you for the gift you truly are.

4. The World Engine from "Man of Steel" 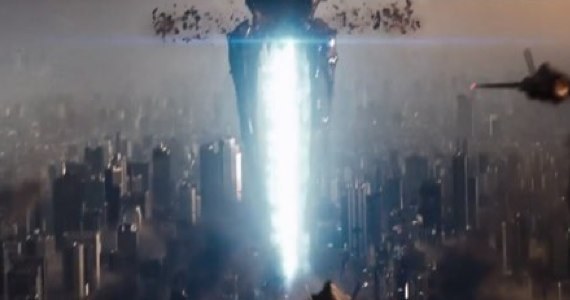 What a handy device. It's not just that the World Engine exists, it's also that Zod and his friends were lucky enough to find a working World Engine just lying around. The World Engine, from what I understand, attaches itself on opposite sides of a planet and through the magic of technology, it can change that planet's composition into something that more directly reflects the one of Krypton. It's easy to make fun of the World Engine -- especially the dramatic way in which Michael Shannon's Zod dramatically announces "release the World Engine!" when he might as well be saying anything ridiculous, like "release the Moon Massager!" -- but I like the World Engine. It feels lighthearted in a movie that does a good job of taking itself too seriously. 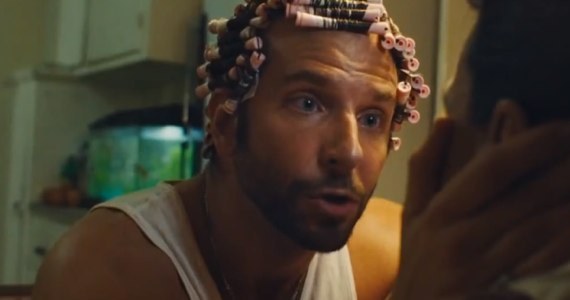 "Boring!" After DiMaso (Bradley Cooper) is denied a request for an exorbitant amount of money (in relation to a sting he's working on) by his boss at the FBI (Louis C.K., of all people), this is the word that DiMaso uses as the scene fades out. Seriously, what a great word to use in that situation. It's so great that I am trying to make a conscious effort to use it more in my daily vocabulary for moments like this. DiMaso also uses hair curlers, dances the Hustle, and does a great Louis C.K. impression. The best part about DiMaso's Louis C.K. impression is that he knows it's good, which is why his laughter as he looks around the room for accolades is actually even better than the impression himself. DiMaso is fascinating, and that has a lot to do with Bradley Cooper, who really is at the top of his game in "American Hustle." 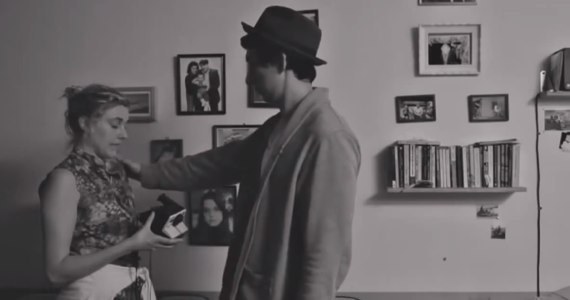 This was finally the movie in which I finally got the appeal of Greta Gerwig. I had nothing against Gerwig, but I had never really been smitten by her charms until "Frances Ha" came along. This movie is a bit of a cheat for me because I first saw it way back in 2012 at the Toronto International Film Festival, but in a way that proves the testament of this character. Two scenes in particular stand out. The first is, of course, for anyone who has seen this movie, is of Gerwig sprinting down the streets of Manhattan set to the music of "Modern Love" by David Bowie. ("Modern Love" by David Bowie should be required to be in every movie. The reviews for "Man of Steel" would have been much better if this song had been included.) The second: Adam Driver's character puts his hand on Frances' shoulder at a party, after a perfectly timed delay, she makes a honking noise of some sort, followed by more silence. It's one of the funniest 15 second stretches in any movie I've seen in the past year.

1. Al Cody from "Inside Llewyn Davis" 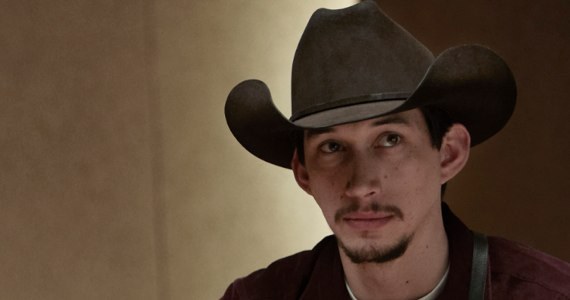 The first time we meet Al Cody (Adam Driver) in "Inside Llewyn Davis" (which is also my favorite movie of the year), he's making nonsensical noises while Llewyn (Oscar Isaac) and Jim (Justin Timberlake) discuss the song they're about to perform. That song being "Please Mr. Kennedy," a wonderfully bad song that has become my never-ending earworm thanks to Al Cody's baritone backup vocals, which consist mostly of screaming "Uh oh!" and repeating the words "outer space" over and over. Now, what fascinated me about Cody is that we later learn that he has an entire album called "Five & Twenty Questions." I realize that, in reality, this album was never recorded, but I desperately want to listen to this album. I want to know what an entire Al Cody album sounds like. I will never know what an entire Al Cody album sounds like.