LAS VEGAS -- There were some things that happened here in Vegas that we hope don't stay here: new technologies and gadgets and devices that deserve an audience larger than the reported 150,000 industry folk who swarmed the Las Vegas Convention Center this week hoping to see the next big thing at the Consumer Electronics Show.

Some came from the usual suspects: Hewlett-Packard outed one of the most beautiful laptops that one you'll ever touch. LG continues to make breathtaking new televisions. And Samsung's entire show floor might as well have received a blue ribbon for uniform excellence.

While others came from disruptive startups, like Exopc from French Canada, and Microvision, a 100-employee outfit in Microsoft's backyard in Washington state.

While there were many, many dozens of products that I saw that are worthy of larger recognition, I've honed in on nine here for your enjoyment and appraisal. These represent unique technologies, mastery of design, intriguing concepts and noteworthy innovation in their respective fields. Mostly, they just made me say, "Wow."

These are my choices for the very, very best gadgets I saw at CES 2012. There will be a larger post to follow this weekend (a mega wrap-up) with the best of the rest. But for now, you can put a gold star on these, the best gadgets of CES 2012.

For more from the Las Vegas tech extravaganza, check out our roundups of the nine worst gadgets from CES, seven new smartphones that stole the show, nine wild gadgets for music lovers, and seven Ultrabooks that could take on the MacBook Air.

Then, visit our CES 2012 Big News page for everything in between. 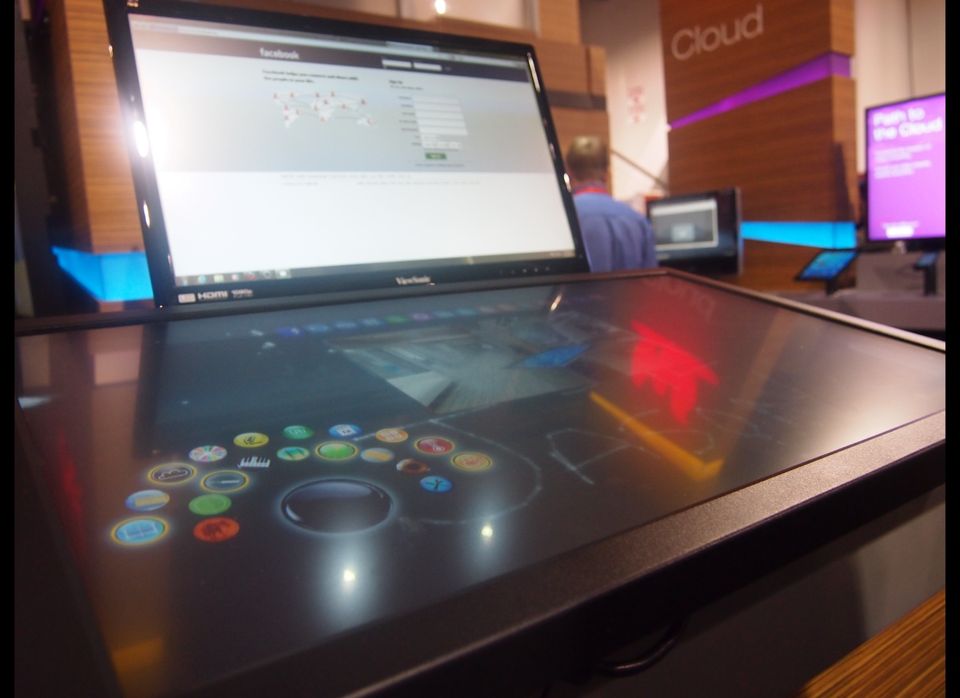 1 / 10
The EXODesk From ExoPC
This 40-inch touchscreen hooks up to your desktop computer and acts as an organizer, a keyboard, an app launcher and a huge tablet computer, among other things. It bears a fresh interface that's a responsive and fun display. Plus, its software is open to developers for them to build whatever they dream of. The price tag is in the low $1,000 range. We can't wait for this one to surface. <a href="https://www.huffpost.com/entry/exodesk-exopc-coolest-gadgets-ces-2012-video_n_1198034" target="_hplink">Read a lengthier article about the EXODesk and watch it in action here</a>.
HuffPost