Years ago, a friend in Belize told me that a country never escapes its origins. The United States, he said, is a land of puritans. Belize is a land of pirates.

And Istanbul is a land of traders. Once the end of the 4,000-mile-long Silk Road, the mother of all trade routes, this part of the world, as a result of all the traffic and all the business that culminated here, has been notable since the second century B.C. 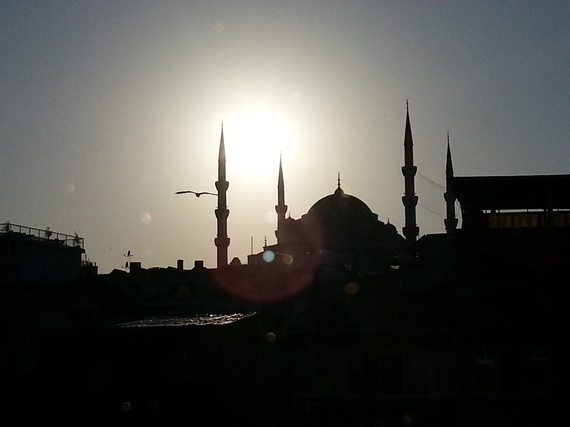 Making my way around current-day Istanbul with my family over the past two weeks, our small caravan of travelers couldn't help but compare this great city to Paris, the city all cities are graded against and (to admit our bias) our favorite place in the world to spend time. Indeed, Istanbul has long been referred to as the Paris of the East.

The better we got to know Istanbul, the more readily we accepted the accolade. The cafes, gardens, parks, and river walks of Istanbul are all a la Paris. The windows of bakeries and confectioners can be picture-perfect arrangements of breads, pastries, and sweets. The people dress smartly and wish each other good day as they come and go. The old city is ancient, but spreading out from it are many and diverse other quarters, from bohemian and artsy to chic and modern...again, just like in Paris. Climbing the hill to reach Galata Tower felt like climbing Montmartre toward Sacre Coeur, and, reaching the top, we had our choice of street-side bistros for lunch and hip and groovy shops for exploring after we'd eaten. 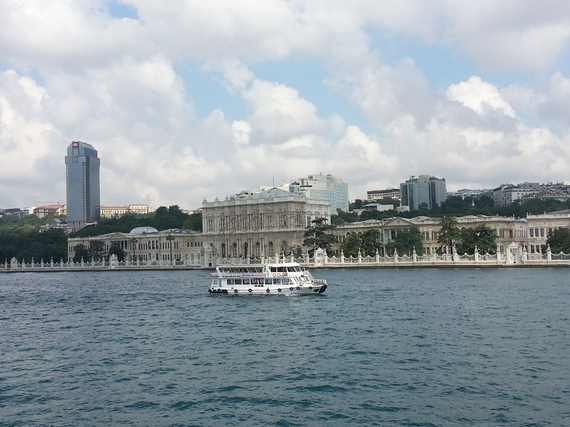 Most fun for me, Istanbul, again like Paris, is a city made for walking. Not only the oldest parts but every region of this city, both Euro and Anatolian, invites you to take off on two feet to explore it up close. When you do, you discover book stores and art galleries, antique shops and boutiques of all descriptions, on and on as far as your curiosity and legs will carry you.

Aha. Harry had a point. Not only was Istanbul settled some few hundred years earlier than Paris, but it developed much quicker and grew to become grand and prosperous when Paris was still swampland.

Still, today, two-and-a-half millennium later, it's Paris that other cities want to be compared favorably to, not Istanbul. Paris is the most beautiful and romantic spot this world knows. 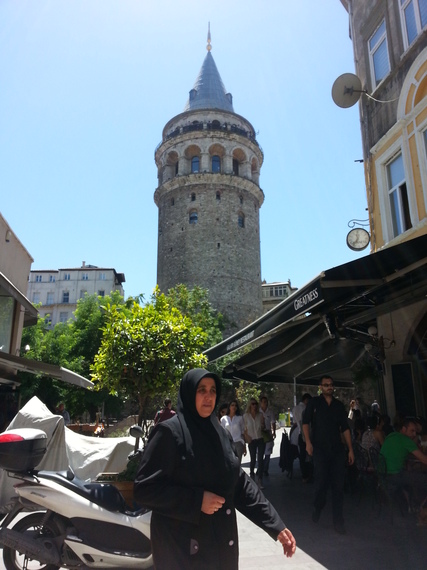 Paris is pretty, but Paris is also a museum, and this is where the difference between Paris and Istanbul begins. I appreciate that, every time I return, central Paris will be perfectly packaged and just as lovely as the last time I laid eyes on her. Life in this spot continues as it has for centuries, according to tradition and the seasons and without fail.

Life in Istanbul continues as it has for centuries, too, I'd say, but the whole affair is livelier. Paris is polished, and the French are reserved. Istanbul is gamier, and her population doesn't seem to take life or their city or themselves too seriously. The people of Istanbul have an openness and a playfulness about them. Exploring Istanbul isn't like wandering through a great open-air museum; it's like being invited into someone's living room. 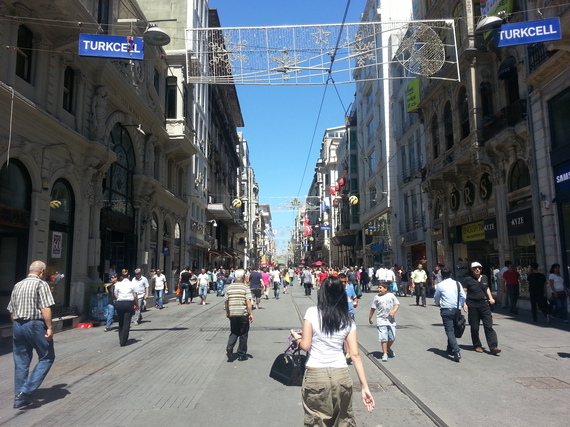 Everywhere are the touts. On every corner, behind every door, someone is selling something. Their calls are constant...

"How are you, nice lady. Are you hungry for lunch? I have seafood...very good seafood...the best seafood..."

"Do you know what time it is? No? Perhaps you need a watch. I have watches...very good watches...the best watches..."

Water, ice cream, shirts, underwear, maps, prints, spinning tops, slippers, sunglasses, pashminas, kebabs, grilled corn, watermelon, cherries, orange juice squeezed while you watch...anything you could want anywhere you happen to be, a friendly Istanbuli is nearby, you can be sure, ready to oblige. 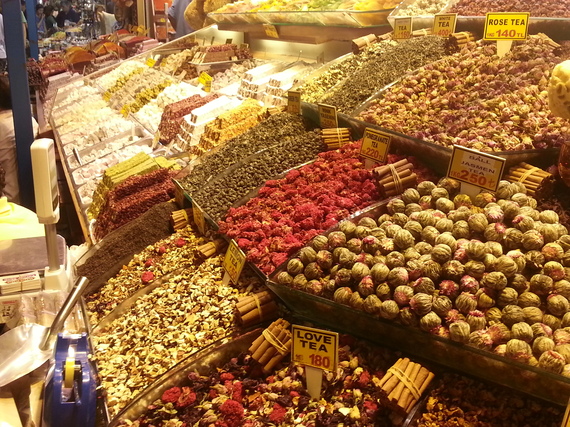 Yes, this is a land of traders...but not hustlers. The touts are ever-present, the shopkeepers inventive in their efforts to entice you inside, but they all moved on with a smile when we made it clear we weren't buying. The merchants are persistent but not obnoxious and, as far as we could tell, not trying to pull one over on you. They don't want to take advantage, just to do some business.

Though densely crowded and more so all the time, this isn't a noisy city. The patter of the touts, birdsong, and the regular calls to prayer...these are the sounds of Istanbul, and you're able to discern them even amidst great crowds. We'd turn a corner sometimes to face a veritable sea of people, some tourists, yes, but mostly just the people of this city going about their daily business. In Panama, crowds are to be avoided. Here people respect your space, wait their turns, even excuse themselves when they pass. There may be loads of them, but Istanbulis don't overwhelm, neither the pedestrians nor the drivers. Traffic is on the scale of that back in Panama City but nothing like as terrifying because these people seem to know and respect the rules of the road. 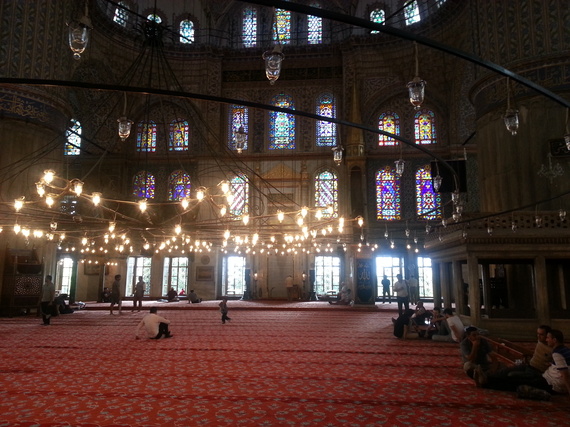 Contrasts are strong in Istanbul, between the traditional and the modern, the old and the new. In the bazaars, women in burqas walk past shops selling red lacy lingerie and mankinis. In the squares, buskers play flutes and traditional drums called dumbeleks; meantime this month Neil Young is playing in concert.

Istanbul owes its place in world history to its unique geography, positioned as it is among the Bosphorus River, the Golden Horn, the Sea of Marmara, and the Black Sea. Historically, this situation has meant tolls, harbor fees, trade, and prosperity. Today, this metropolis is again thriving. Officially, the population of Istanbul is 14 million, but some estimate that the city's true current population is closer to 20 million and expanding. I read one report that suggested as much as 60% of the population, whatever it is, is under the age of 29. I can't confirm that statistic, but I can tell you that young people are everywhere...in the parks, gardens, markets, and walkways, enjoying their city. 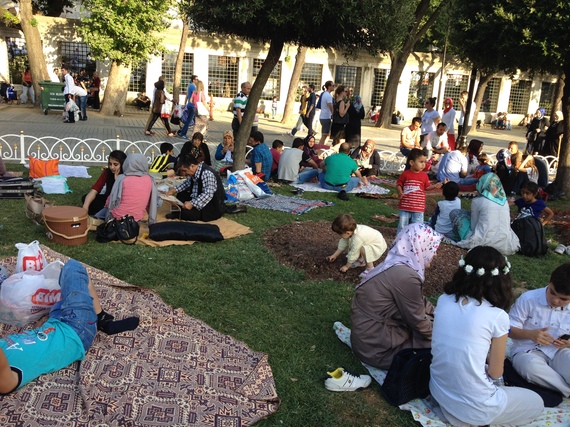 All the population growth means epic infrastructure strains. Cars, congestion, construction, traffic, and delays, these are all dominant parts of both the scene. However, the effects are less frustrating than you'd expect. The chaos is controlled, even genteel.

Istanbul is attracting foreign investor and entrepreneur attention, and this is expected to continue despite growing unrest in the region. Increased business activity means expanding economies and healthy employment scenes.

All things considered, if you're interested in a Euro-chic lifestyle, I'd say that Istanbul could be your best option today considering the quality of life available for the price. The cost of living in Istanbul is greater than in the rest of Turkey (elsewhere in this country can be an absolute global bargain) but still a real buy by Euro-world standards. A couple of retirees could access and enjoy the rich lifestyle on offer in this historic, layered, and eclectic city of rooftop restaurants, garden cafes, art galleries, antique shops, bookstores, museums, and nargile lounges on a budget of as little as $2,000 per month.