Two top choices for retirement in South America right now are Colombia and Chile. These are two beautiful countries offering diverse lifestyle options from mountain to coastal, small-town to upscale big-city. Thinking more specifically, how do these two destinations compare?

Chile's coast extends over thousands of miles and a number of different climates, so it offers many more lifestyle options than Colombia's coastline. The Chilean coast is also more expensive than the Colombian Caribbean. An exception is Chile's Viña del Mar, which compares with Colombia's Cartagena from a cost perspective. Viña del Mar could be considered a better option for full-time living, as well. This stretch of coast is backed by a full-service city. 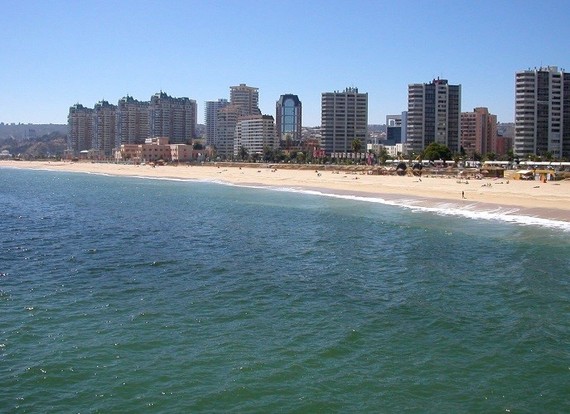 Colombia's Santa Marta is a good choice for seaside living on a budget. It's much cheaper than either Viña del Mar or Cartagena. 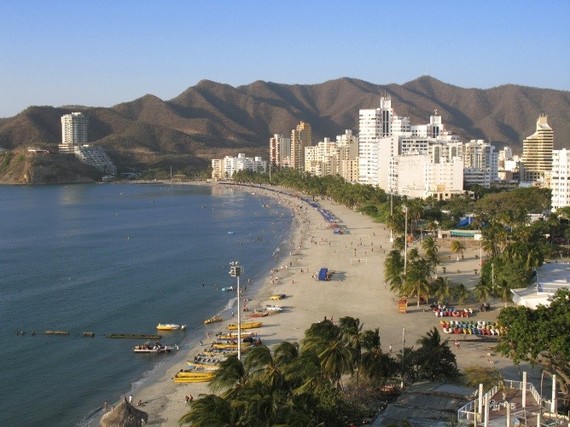 Both countries offer dramatic Andean options, but Chile's Lake District--with its wildlife, lakes, four seasons, and skiing--is hard to beat. What you won't find in Chile are classic Spanish-colonial cities like Colombia's Popayán.

Residency is easy and straightforward in both countries, with minimal amounts of red tape involved in either case. Colombia's efficiency is hard to beat (I've known people to get Colombian residency in less than one hour), but both countries rank well in this regard.

The economy is solid in both countries. Chile has been a better performer in recent history, but Colombia's growth is on a stronger upward trend currently.

Neither of these countries is a winner when it comes to taxation. Both can tax non-country income. However, this could be irrelevant to the typical retiree. Neither country taxes Social Security or pension income, so, unless you have other income, you don't care about other tax rates.

Infrastructure is good in both countries. In both, you'll enjoy reliable broadband Internet, drinkable water, and reliable electric, telephone, and cell service. However, I'd say that Chile enjoys a better infrastructure overall, including in far-flung areas.

Colombia is near the equator, meaning little seasonal temperature variation. It offers relatively cool mountain living, both Caribbean and Pacific coasts, and a good selection of colonial cities in both the mountains and on the coast. Colombia also borders on the Amazon rainforest, making for excellent travel opportunities if you live there.

Chile has four seasons, like an inverted California. It also offers mountain living with forests, lakes, wildlife, and even snow and skiing in the southern zones.

Colombia's culture has a Spanish-American flavor outside the big cities. In Chile, you'll find a mostly Spanish influence in the north and a strong German influence in the south, where you'll even see bilingual (Spanish-German) signs and Bavarian architecture. All Chile, though, runs with German-style efficiency when compared with the rest of South America. And, northern architecture aside, Chile doesn't really feel as though it was ever a Spanish colony.

Which country could be described as more Third World? Outside a few key spots (Medellin's El Poblado, for example, and Bogota's northern districts) Colombia feels like a developing country. Chile feels like California--until you get down to Puerto Montt and Chiloé, which feel more like Gloucester, Massachusetts.

Both countries are working hard to encourage foreign investment, but Chile's doing a better job of it. This country's Startup Chile program has been a big success, attracting entrepreneurs from around the world. And it's just one of three new programs in this country that offer residency.

Meantime, foreign direct investment in Colombia is increasing but hampered by capital controls that make moving money in and out of this country inconvenient and inflexible.

Wine lovers will be happier in Chile, where you can get top-quality wines at reasonable prices. You can buy Chilean wines in Colombia, too, but they come with a hefty import duty, as do all Colombian imports.

Access to the United States is far easier from Colombia, where a number of international airports offer nonstop service. Miami is about three hours away. The flight from Santiago, Chile, to Miami is almost nine hours.

The cost of living, generally speaking, is higher in Chile than in Colombia. Depending on what you spend your money on, you'll spend about 20% to 30% more in Santiago's Las Condes district than you'd spend in Medellín's El Poblado (a good apples-to-apples comparison).

Which country could be better for you? As always, it comes down to your personal priorities, interests, and budget. If I had to generalize, though, I'd say that Colombia could be the better choice for the would-be retiree or second homeowner. It offers a lower cost of living and a richer cultural experience.

On the other hand, if you prize a "First World" experience or would prefer four seasons, take a look at Chile.