Live and Invest Overseas has published its annual Retire Overseas Index, naming the 21 best places to retire overseas in 2014. Number one on the list is the Algarve, Portugal. 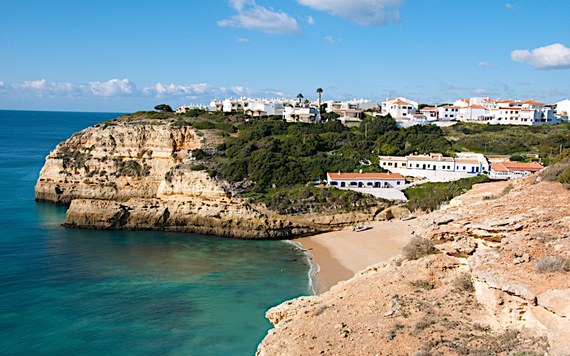 Which is to say that, all things considered, nowhere in the world could you embrace a better overall being-retired experience than in Portugal's Algarve. This Old World region on the Atlantic Ocean, home to more than 100,000 resident expat retirees, is the best place in the world to retire that nobody's talking about. Portugal's southernmost province offers the best of Europe, including medieval towns, fishing villages, open-air markets, and local wine, plus some of Europe's best sandy beaches.

Thinking more practically, the Algarve also offers great weather. This region of Portugal enjoys one of the most stable climates in the world and 3,300 hours of sunshine per year, meaning more sunny days than almost anywhere else in Europe.

The Algarve receives high marks for safety, as well. Portugal ranks as the 17th safest country in the world. Violent crime is rare, and petty crime is limited to street crime during the busy tourist season.

The infrastructure is good and improving. Portugal and the Algarve have enjoyed important infrastructure investments recently, specifically to do with the country's highway network and airports, making this a great base for exploring all of Europe and Northern Africa.

Portugal's health care is international-standard, and medical tourism is a growing industry in the region. Thanks to the country's strong historic and cultural links with England, English is spoken more widely in the country in general and even more so in the Algarve than you might expect.

The Algarve's 100 miles of Atlantic coastline is punctuated by jagged rock formations, lagoons, and extensive sandy beaches, many awarded coveted Blue Flags from the European Blue Flag Association. The water off these shores is azure, and the cliff-top vistas are spectacular. In other words, you could fill at least some of your days at the beach, swimming, sunning, and boating. In addition, the region boasts 42 golf courses in less than 100 miles and is generally recognized as a top golfing destination in continental Europe, and the world.

You could describe life here as healthy. The Portuguese are the biggest fish eaters per capita in Europe, and fresh fish of great variety is available in the ever-present daily markets. The abundance of sunshine means an abundance of fresh produce, too.

You could also describe life here as very affordable. The cost of living in Portugal is among the lowest in Western Europe, on average 30% lower than in any other country of the region. A retired couple could live here comfortably but modestly on a budget of as little as $1,500 per month. With a budget of $2,000 per month or more, you could enjoy a fully appointed lifestyle in the heart of Old Europe.

Finally, Portugal's new Non-Habitual Resident and Golden Visa programs mean it is much easier than it's ever been to establish full-time residency in this country. These retiree- and investor-residency programs are not as benefit-rich or as affordable as comparable programs in the Americas (in Nicaragua, Ecuador, or Panama, for example), but they are very competitive for Europe.

If you're in the market for a simple but comfortable lifestyle on a modest budget, here's where you should be focusing your attention, the world's eight cheapest places to retire well (with, indicated in parentheses, the total monthly budget amount in each case):

Seven of the 21 countries featured in Live and Invest Overseas' 2014 Index offer user-friendly choices for establishing full-time residency as a foreign retiree, as follows:

In Latin America, retiree residency programs are typically referred to as pensionado visas. To qualify, you need to prove a minimum amount of regular monthly income from some defined source. The minimum amount required varies country to country, from a bargain $600 (in Nicaragua) to $2,000 (in Belize) per month. Some countries (including Panama and Colombia, for example) stipulate that the income must be pension income (Social Security qualifies); others (such as Belize and Ecuador) are more flexible. You can qualify for Belize's version of a pensionado visa program (called the Qualified Retired Persons program) by showing reliable income of at least $2,000 per month from any source.

Common benefits of being a pensionado retiree include exemptions from duty when importing personal belongings, household goods, and, usually, your car into the country with you. In addition, Panama, for example, offers pensionados discounts on almost everything they buy while in the country, from hotel rooms, restaurant meals, and in-country flights to doctor visits, prescription drugs, even closing costs when purchasing real estate.

Of the 21 destinations on Live and Invest Overseas' 2014 Retire Overseas Index list, the following have "ideal" climates:

If you appreciate seasonal variety, consider the following six locations, in each of which you could enjoy spring, yes, but summer, fall, and winter, too:

If you're prefer it hot and humid, consider:

Best Options For English Only

In Belize, the people speak English. All of them.

This is the only country on Live and Invest Overseas' Retire Overseas Index list where the language question is so cut and dried.

Anywhere in the world you go these days, you're going to find folks who speak English. It's the global language. But where among the world's top retirement havens (aside from Belize) could you live as a retiree and not have to learn a new language?