"But haven't we done this already? Haven't we already bought an old stone house surrounded by mud? Isn't that what we did in Ireland? Why do you guys want to do this again?"

In 2004, my husband Lief, our two children, and I spent a week touring around Istria, Croatia, with a focused agenda. We were in the market for one of the old white stone houses you find across this peninsula. To that end, Kaitlin, 15, Jackson, 5, Lief, and I, in one car, followed our property agent, in her own car, from one stone farmhouse to another, up and down the narrow winding roads of these mountainsides, through the medieval villages, and past the ever-present fields of olive trees, grape vines, and sunflowers.

Standing in a muddy Istrian farmyard one morning of that trip, Kaitlin made the observation I share above. Probably she wasn't the only one wondering what in the world we were doing. Why had we gotten it into our heads that we wanted to buy an old stone house on the side of a mountain in Croatia?

Because we like it there and we wanted to establish a connection to this beautiful and historic part of Europe that, during previous visits, in previous years, had captured our hearts and our imaginations. We believed in the future of Croatia, a country with an extraordinarily complicated past and an extremely open-minded, forward-looking population. We recognized, at the time, that Croatia was at another turning point in its long history, and we wanted to be part of it. 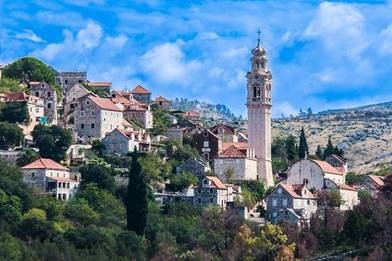 Plus, the Istrian Peninsula, we'd observed for some time, serves up some of the most delightful scenery on this planet. The land seems to rise up to embrace you. Everywhere you look, something nice is growing--olives, grapes, figs, tomatoes, pumpkins, blackberries, wildflowers... Even the buildings seem to be of the earth, built of its white stone and red clay. In some parts of the world, Nature outdoes herself. In others, that which man has built is impressive. In Istria, Nature and mankind have worked together over centuries, starting with the Romans, to create a land of delights you have to see to appreciate.

So, that rainy morning in that muddy farmyard, with Kaitlin (and I'm sure others, too) questioning our sense, Lief and I decided that we'd found the old white stone house that fit our bill, made an offer to the Istrian owner, and agreed the terms with a handshake. The seller sealed the deal by making a gift to us of lavender oil his wife had bottled.

Then we returned to our lives and got distracted. Finally, recently, nearly a decade later, we got back to Istria, to check in on our little stone farmhouse and to see how things have changed on this peninsula in the intervening years.

And we were happy to find that we're as enamored of this region now as we were back then. This sun-soaked peninsula continues to offer an appealing Old World lifestyle amidst one of Europe's most impressive landscapes and at a more affordable cost than across the way in Italy.

Before you're ready to retire, you're likely to notice places around the world where you'd like to be able to spend time. Not just once every several years or so in a hotel, but more regularly, as often as possible, in the company of your family and friends, and in a place of your own. That's the realization we made years ago in Istria, Croatia.

When you identify a destination that meets this description, I recommend you take stock of it bigger-picture, considering, first, whether that destination is also a place where you think you might like to spend time in retirement and, second, if the real estate market there presents potential for capital appreciation or cash flow. If the answer to either of those questions is yes (and certainly if the answer to both of those questions is yes), then you've found your ideal second home overseas.

In our case, with Istria, the answer to both those taking-stock questions was enthusiastically positive, and, so, we proceeded to stake our small claim. We invested in a little farmhouse because Lief and I agreed that this is a place where we can see ourselves coming back to long term, a place we'd like to make part of our eventual retirement plan.

When it comes time to flip the switch to retirement, Lief and I hope to have organized our lives so that we're able to move around during that phase of life among a handful of destinations where we most enjoy spending time, with established infrastructure in each so that we can come and go as residents, not tourists, with friends and connections, social circles and, important to us, homes of our own. When making your own plan for retirement overseas, the starting point, key to the success of the adventure, is to be honest with yourself as to what kind of lifestyle you're after.

When Lief and I ask ourselves what kind of lifestyle we want in retirement, the answer is: Varied. City and coastal, Caribbean and highland, spring and summer, fall and winter, developed and emerging, sophisticated and raw, refined and gritty, we appreciate it all. So we've conceived a retirement plan, that we've been working for some years to engineer, that will allow us to enjoy it all, perpetually, in turns.

Whatever your plan, I encourage you to start developing it as soon as possible. An easy first step can be the purchase of a piece of property in a locale where you want to be able to spend time now and that you think eventually could become part of your retirement plan. Meantime, whenever you're not using the property yourself, it could be generating cash flow from rental, and, over time, it could be increasing in value, too. Your future retirement residence could be a nicely appreciating asset on your balance sheet.

That's the ideal situation -- when the holiday home-cum-retirement plan you buy also qualifies as an investment. This was what tipped the scales for us with the farmhouse purchase in Istria. The old farmhouse we bought came with a bit of land. On that land, we'd daydream, we could cultivate olives, figs, even grapes. Maybe we could try making our own wine! We could go for long hikes in the hills, exploring the medieval villages nearby, by day, then read by firelight come evening.

Croatia's Istrian peninsula is a wonderland of vineyards and olive groves. If you've any romance in your soul, I defy you not to fall in love with this region that the ancient Romans called Terra Magica, the Magic Land. Perhaps the best part is that, unlike Tuscany, the region of Italy Istria is most often compared with (with good reason, as the geography and the history of these two regions have much in common), the average person can afford Istria, where you can buy a small, renovated cottage with lookouts over a valley and vineyards, perfect for regular visits, for rental, and for retirement, for as little as $100,000. 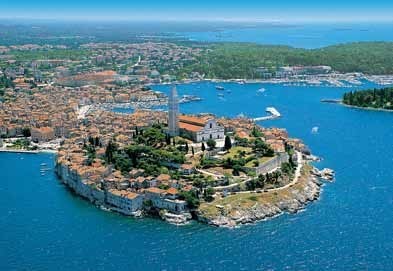 Retiring to Croatia, you'd be in good company. Diocletian, the only Roman emperor to abdicate his position (that is, to retire) was also the first person to retire overseas. Diocletian built a palace on the Dalmatian coast (his birthplace was Dalmatia), the location of current-day Split, and it is here, with the glorious Adriatic Sea spread out before him, that he chose to live out his days.

Retire To Istria, Croatia, For The Best Of The Old World
Working Overseas 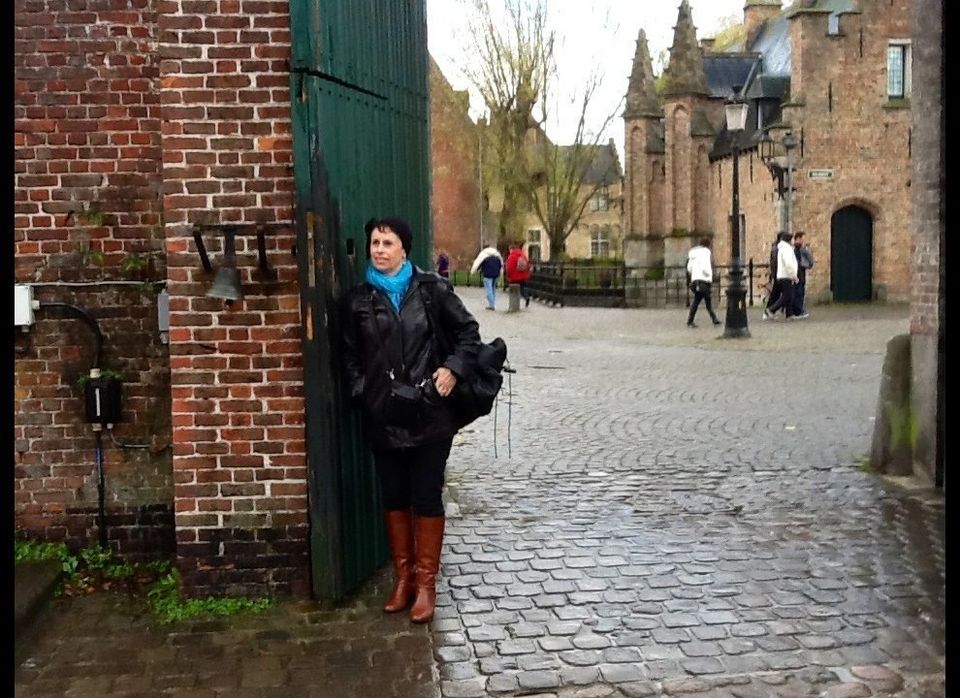