The stocks of many public companies have soared in the past year, even with a larger number of them posting only mediocre financial results. The overall market improvement has been that strong. However, some companies were able to shine above the rest, both in terms of stock prices and financial results, which puts them into a very exclusive category.

24/7 Wall St. picked eight companies as the best run in American because they had extraordinary numbers based on three key measures in the past year: earnings per share, revenue and share price. To be considered for the list, companies ultimately also had to convince investors that they had very bright futures. The eight companies highlighted here have track records of seizing opportunities, excelling in their industries and outperforming the expectations set by investors.

While the U.S. stock market has enjoyed a rally in the past five years, the best run companies reviewed by 24/7 Wall St. greatly exceeded the S&P 500’s 86.4% increase. Under Armour Inc. (NYSE: UA) is the most notable example as its shares soared more than 900% over the period. The share prices of O’Reilly Automotive Inc. (NASDAQ: ORLY) and Southwest Airlines Co. (NYSE: LUV) have had share price results nearly as good during the past five years, up 410% and 290%, respectively.

Some of the best-managed companies have capitalized on key opportunities and are now reaping the benefits. For example, Lam Research Corp. (NASDAQ: LRCX) positioned itself as a leader in producing machinery for semiconductor manufacturers, especially memory chip makers, at a time when such manufacturers have been ramping up capital spending. Another example is O’Reilly, which has expanded its store footprint and retail infrastructure to efficiently meet the growing demand of the do-it-yourself car repair market, as well as the commercial auto repair one.

In other instances, companies have calmed investors’ concerns and beat their expectations. Facebook Inc. (NYSE: FB) is one of the strongest examples of this. The social network has defied skepticism about its ability to make money on mobile ad sales, and such sales now account for about 66% of its revenue.

A few companies have succeeded by offering best-in-class products and services. Marriott International Inc. (NYSE: MAR) is extremely popular with franchisees looking to operate a hotel, a key advantage in its industry.

Edwards Lifesciences Corp. (NYSE: EW) rolled out in the United States its Sapien XT transcatheter aortic valve replacement, which is used in patients who cannot undergo open-heart surgery. Sapien XT outperformed a similar product produced by competitor Medtronic, according to a study published in the Journal of the American Medical Association.

Many of these companies still have significant challenges ahead. In some cases, they must justify their very high valuations. Facebook trades at more than 41 times expected 2015 earnings and Under Armour at nearly 56 times forward earnings. Edwards must clear Food and Drug Administration hurdles to bring its next product, Sapien 3, to market in time to satisfy Wall Street. And Southwest Airlines and Marriott remain especially sensitive to unexpected changes in the U.S. economy, which affect how often people travel.

In order to determine America’s best run companies, 24/7 Wall St. reviewed all S&P 500 stocks that rose in the past year. We then screened for companies where the trailing 12-month revenue and diluted earnings per share had grown from the year before. 24/7 Wall St. editors then reviewed this list to find those companies that had capitalized on major opportunities to expand, that made operational choices that could drive their future performance over a multiyear period or that have proven themselves as clear market leaders. Figures on revenue and diluted EPS, as well as industry classifications, are from S&P Capital IQ. One-year share price data, also from CapIQ, is as of December 22, 2014. Marriott International’s revenues include cost reimbursements.

These are America’s best run companies. 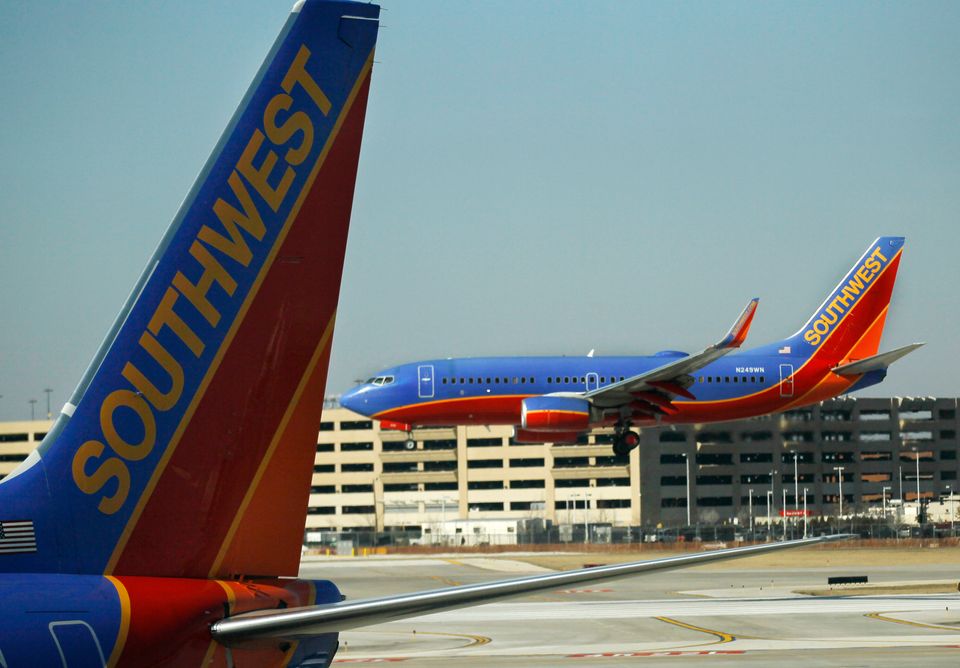 1 / 8
1. Southwest Airlines Co.
> Industry: Airlines > Revenue (last 12 months): $18.4 billion > 1-year share price change: 118.8% Southwest Airlines had an incredibly strong year in 2014. The airline reaped the benefits of a commitment to domestic flights and of a revenue strategy that did not depend on baggage fees. Although it is a now-common industry practice, Southwest believed baggage fees would undermine its ability to appeal to consumers. Also, Southwest was able to add major routes from its home airport, Dallas Love Field, after the repeal of the Wright Amendment, which limited flights from its hub to just nine states. Some of Southwest’s strong performances can be attributed to overall positive industry trends: fuel costs have declined; the U.S. economy has improved; industry consolidation has allowed airlines to pack planes more efficiently; and passengers flew more last year than they did in 2013. Moreover, Southwest has outperformed where it matters most — profitability. On a trailing 12 month basis, the airline’s operating margins were better than those of the three national legacy carriers: American Airlines, United Continental, and Delta Air Lines.
ASSOCIATED PRESS