It's easy to write off the Oxford Dictionary's 2013 Word of the Year as a silly, narcissistic fad. But every once in a while, a selfie comes along that really is more art than duck-faced cry for Instagram attention.

To prove our point, we decided to treat the form with the respect it deserves and round up our favorite face-facing photos of all time. Whether it's for the courage displayed or impeccable fashion taste on view, we think you'll agree that these 29 self-portraits are impossible to dislike.

Painful to look at but impossible to look away from, the Sellotape trend was an odd but fun phase for selfies.

We've got a quick learner over here! This little one figured out how to use her mom's phone and then snapped this adorable addition to our list. 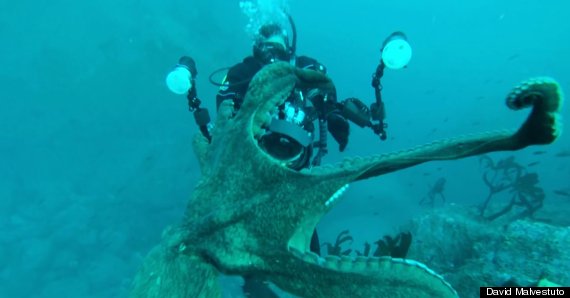 The octopus is perfectly capturing the essence of the selfie here: If you want a picture taken the right way, you have to do it yourself.

It's like they knew they'd be network rivals someday and were flaunting the secret right under our noses. 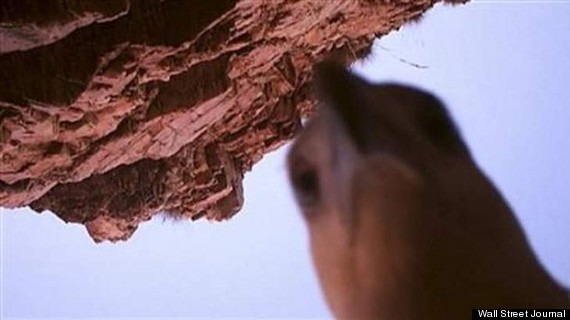 This sea eagle managed to not only steal a motion-sensing wildlife camera, but to also nab this epic selfie as well.

It's impossible to tell where one ends and the other begins.

Selfies within selfies? We need to go deeper.

22. The Grossest Selfie Ever Taken

This photo will turn your stomach, but seeing what this hockey player looked like when he still had all his teeth makes this photo even more gruesome somehow.

21. The "Giraffe Pullin' A Miley" Selfie

The giraffe sticking his head into the car to do a Miley-inspired tongue selfie is one thing. The kid remaining composed enough to make the same face instead of losing his mind because OMG THERE'S A GIRAFFE IN THE CAR? That's impressive.

20. The Selfie That Brought Kanye Home

Kim K knows the art of the selfie, but this little white number not only drew attention becuase of Kim's, erm, assets, but because of Kanye's priceless reaction.

Sloths have proved that they can photobomb with the best of them, but now we can add "adorable selfies" to their list of photographic achievements.

The Pope has been giving new meaning to the #blessed hashtag lately by posing for a few papal selfies.

The best part of this selfie is that The Science Guy himself is taking the picture, as if he's the fan instead of those other guys.

16. The "Mark Wahlberg Sees You Taking A Selfie" Selfie

You thought you were sneaky, didn't you, lady? Marky Mark knows. He always knows.

The Mars Rover celebrated its 10th year on Mars by taking this selfie over the course of three days. Talk about having sore cheeks!

14. The "Something Awful Is About To Happen" Selfie

Because there's nothing more cringeworthy than knowing something horrible is going to happen and having no way to stop it.

It almost looks like a fun day on the ocean, until you see the sinking plane in the background.

The student who snapped a pic with his teacher (who just happened to be in labor) proved that anything can be a perfect selfie backdrop if you sell it with a smile.

Here is Jacqueline Kennedy's selfie of 60 years ago with sister-in-law Ethel & JFK (in mirror): #Mcinnis pic.twitter.com/HamNJSFuId

Ok, can we talk about how flat-out gorgeous Jackie O. looks in this mirror pic? Proof that the mirror shot doesn't need to involve a tongue sticking out or a peace sign.

It may be the most viral, and it may be filled with beautiful people including Jennifer Lawrence and Lupita Nyong'o, but the fact that it just won't go away is preventing it from achieving top-spot status on this list. And as for Jimmy Kimmel's attempt at copying it with the three Clintons? No one likes a copycat, Jimmy.

Hunter S. Thompson's selfie has nailed three major criteria for a great selfie: It was taken in 1960, so prime #tbt status; it was taken in Puerto Rico, so hello exotic locale; and those aviators? Joe Biden would be proud.

Speaking of the VP, he made his Instagram debut with a series of awesome pics, including this bromance shot of him and President Obama. Someone knows how to make a social media entrance, amiright?

7. The "George Harrison On Holiday" Selfie

Leave it to one of the Beatles to get a perfect selfie in one of the world's most popular tourist destinations -- with almost no tourists in the background.

Russian daredevil Kirill Oreshkin has taken the category of extreme selfies to dizzying new heights. (See what we did there?)

Talk about highway to the dangerously good selfie zone. This Danish F-16 pilot perfectly timed this seflie shot, capturing a just-fired AIM-9 missile in the background.

Beyonce's selfie with this lucky fan proves that Queen Bey is always photo-ready, even mid-song.

3. The Most Dangerous Selfie Ever Taken

You gotta hand it to this guy. He did it for the Vine. Or, I guess the selfie. Or the selfie Vine. Whatever. Dude is recording himself while almost getting mauled by a bull. He wins Badass of the Week.

When it comes to International Space Station astronaut Aki Hoshide's perfectly reflected Earth-space selfie, Buzzfeed reporter Andrew Kaczynski said it best when he tweeted, "There are selfies, and then, well there are selfies." We definitely think this falls into the latter category.

It's hard to beat an original. When it comes to choosing the best, you have to hand to it to the guy who started it all. The Library of Congress believes this disheveled self-portrait by Robert Cornelius, taken outside his family's lamp and chandelier store, is the oldest ever captured.