In as little as one minute a day, you can make noticeable changes to your physique and your fitness level (if you keep it up over time, of course). 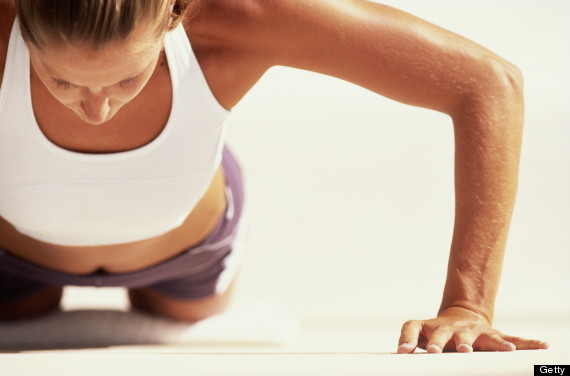 There's a reason that push-ups are every trainer's favorite exercise: They engage muscle groups in the arms, chest, abdomen, hips and legs; they don't require any equipment; they're endlessly adaptable (you can work them into a yoga routine; add jumps to turn them into a cardio move; change your hand position to make them a triceps toner). More important to most of us is the fact that these intense moves get results. "Female clients have told me that they've seen noticeable differences in their arms after doing daily push-ups against a wall or on the edge of a sink," says Shirley Archer, a certified fitness expert and a co-author of Weight Training for Dummies. In as little as two weeks, the exercise should feel easier (no more soreness!), says Archer, and you may see a visible difference in muscle tone after four to eight weeks, depending on your age and your exercise history. Here's how to do push-ups correctly.

If You Have Four Minutes...Jump And Squat. Rest. Repeat.

The Tabata Protocol, which sounds like the title of a Robert Ludlum novel, is actually a mini-workout that really makes a difference. Originally named after the Japanese fitness researcher Izumi Tabata, this interval workout alternates 20 seconds of ultra-intense exercises with 10 seconds of rest, for a grand total of four minutes. While working with Olympic speed skaters in the mid-1990s, Tabata found that this type of workout helped build muscle and improve aerobic and anaerobic capacity. More recently, Michele Olson, PhD, a professor of exercise science and a principal researcher at the Auburn University at Montgomery Kinesiology Laboratory, revealed that a Tabata-style workout of squat jumps burned 13.5 calories a minute and doubled calorie-burning potential for 30 minutes afterward. Olson's research also showed that this four-minute routine was as effective as five times the amount of traditional cardio. Try it yourself: Do 20 seconds of a full-body move like squat jumps at maximum effort (it should hurt), then rest for 10 seconds. Repeat this circuit continuously for four minutes.

...Or Sprint Up And Down A Flight Of Stairs For Four Minutes Straight. 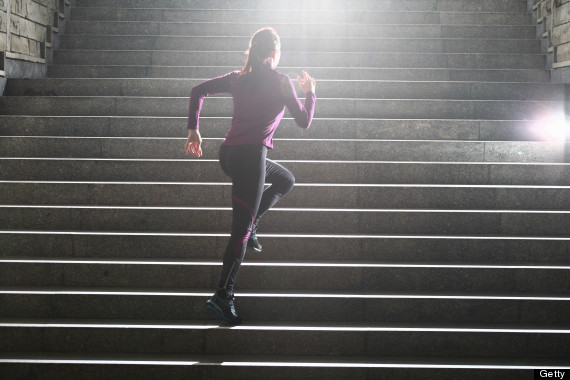 While exercise scientists are still trying to figure out exactly how many (or how few) sprints we need to do to get optimal effects, and how many seconds each interval should last, they all agree that any amount of time is better spent moving than sitting. "We know that all-out intervals -- like you're sprinting to save a child from a burning car -- produce a calorie burn that persists even when you're sitting down," says exercise physiologist Martin Gibala, PhD, the chair of the department of kinesiology at McMaster University in Hamilton, Ontario (and one of the leading HIIT -- high-intensity interval training -- researchers). "But we don't know enough yet to say how much better that would be than a four-minute all-out sprint without breaks." So, if you've got a few extra minutes and are feeling physically spry but too mentally fried to remember how many jump-squats you need to do in what amount of time, Gibala suggests running up and down the stairs or doing a lap around the parking lot -- you'll burn 50 to 75 calories.

If You Have Seven Minutes...Try The Routine That Is Basically Excuse-Proof. 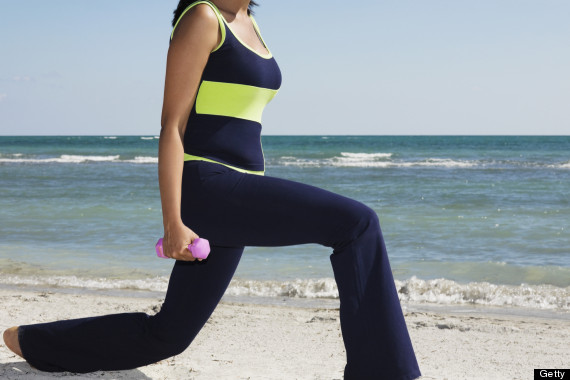 The "scientific seven-minute workout" that appeared in the May/June issue of the American College of Sports Medicine's Health & Fitness Journal (and then in The New York Times) has a lot going for it: It's fast, it's easy, it works your entire body and doesn't require any extra equipment. You can do it while you're waiting for pasta to cook or for your iron to heat up. That's why it almost immediately became one of the most popular workouts in the country, inspiring dozens of smartphone apps and countless derivative routines. However, the seven-minute workout comes with an important and underreported caveat: The researchers who developed this routine intended it to be repeated three times in a row -- making it more of a 21-minute workout. But they agree that one round is better than none. You'll still get significant calorie burning and muscle-building benefits, especially if you're doing this on your "off days" (i.e., sandwiched between a yoga day and a swim day).

If You Have 10 Minutes...Do A Super-Condensed Version Of Cardio And Sculpting Classes.

These routines from New York trainer Michael Gonzalez-Wallace combine standard gym classics -- for example, biceps curls while lunging -- to help you build muscle and improve balance while getting a full-body aerobic workout. You'll need a pair of weights between two and five pounds-- but that's it! Mix and match the routines to keep things fresh, and remember that the more energy you put into them, the more you'll get out of them.

If You Have 20 Minutes...Break A Sweat With This HIIT Workout.
Hot new research that shows that high-intensity interval training (HIIT) can boost muscular and cardiovascular fitness as effectively as steady-state cardion half the time. This circuit routine was created for Oprah.com by Jessica Matthews, an exercise physiologist for the American Council on Exercise (ACE), and each move involves multiple body parts, adding up to a legitimately challenging workout that even gym bunnies will take seriously.

If You Have 30 Minutes...Grab A Kettlebell. 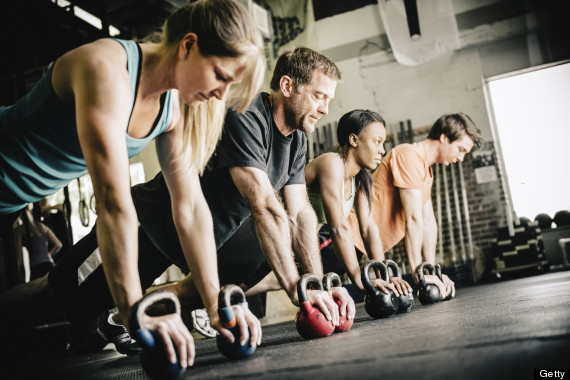 ACE found that a 20-minute kettlebell routine that involved swinging the weight while lunging, squatting and reaching burned at least 20.2 calories per minute -- which even the study authors admitted was "off the charts." They determined that a well-executed kettlebell routine can be as effective as running at a six-minute-mile pace and then lifting weights. Note: The reason this workout clocks in at 30 minutes instead of 20 is that a dynamic warm-up is non-negotiable. As Jessica Matthews notes, you shouldn't go swinging 15 pounds over your head and between your knees when your muscles are stiff (the ACE study also included a five-minute cooldown, which Matthews recommends for injury prevention).

How To Be Your Own Trainer