On Sept. 14, 1998, a little thing called "Total Request Live" was launched. The offspring of a marriage between "MTV Live" and "Total Request," the Carson Daly-hosted countdown became the ultimate arbiter of pop music for most of its 10-year run. Bolstering the careers of some of the day's biggest Top 40 acts, "TRL" become the Millennial generation's after-school special. Teens of the late '90s and early 2000s logged on to MTV.com religiously to vote for their favorite videos, and the broadcast remained one of the hottest hubs for mainstream hits.

Daly parted ways with the show in 2002, and its popularity slowly waned as MTV drifted further from music coverage. But "TRL" was once a cultural powerhouse, and as it turns 15, it deserves recognition. We're taking a look back at some of the most quintessential appearances. These aren't necessarily the most famous moments on the show (although Mariah Carey's breakdown does easily take that title), but rather a look at the artists who defined the "TRL" apex and helped to make it such a must-watch event.

With "...Baby One More Time" debuting just weeks after "TRL" premiered, Britney Spears was the prime candidate to become the show's reigning queen. She took to the "TRL" stage for one video debut after the next as well as a handful of high-profile performances, including "Oops! I Did It Again." "Baby" was the first of 14 Spears videos "TRL" retired, and it was ranked the show's most iconic during the final episode.

In retrospect, the BeyHive was ignited on "TRL," where Destiny's Child bid farewell before disbanding. The trio's pinnacle escalated in tandem with the "TRL" heyday, and their videos saw consistent success on the program. Kelly, Michelle and Beyonce performed "Say My Name" and "Lose My Breath" live on the show, and in 2001 they co-headlined the "TRL" tour alongside 3LW, Nelly, Eve, Dream and Jessica Simpson.

One of the first "TRL" episodes featured *NSYNC performing "Tearing Up My Heart." Two years later, they were smashing records. "Bye Bye Bye" spent 25 consecutive days atop the countdown, the longest streak of any video at the time -- until the boy band's "I Drive Myself Crazy" took over the record after spending 26 days at No. 1.

The bulk of the Backstreet Boys' career can be traced through their "TRL" tenure. Their 2000 single "Shape of My Heart" spent 61 days at the top of the countdown, more than any other video in the show's history. "Larger Than Life," "The Call," "Drowning," "More Than That" and, of course, "I Want It That Way" are all among some of the longest-charting releases on "TRL."

Eminem took over an episode of the show in 2000, billing himself as a "good" replacement for "Britney Spears, *NSYNC, the Backstreet Boys and a bunch of other trash." And indeed, the rapper did seem to provide the show with a more aggressive form of pop music, as "Like Toy Soldiers," "Lose Yourself," "Without Me" and a host of other hits became "TRL" staples. Daly even appeared in the video for "The Real Slim Shady," one of Eminem's biggest MTV clips.

"MMMBop" predated "TRL" by more than a year, but Hanson managed to garner plenty of attention on the show nonetheless. The group's 2000 single "If Only" spent five straight days at No. 1, but not before the boy band filled in as hosts of a 1998 episode during which Zac wore some sort of incredible gray onesie.

"Every now and then, someone needs a little therapy. And today is that day for me," Mariah Carey announced as she took her spot on the "TRL" stage while wearing an oversized purple T-shirt with "Loverboy" airbrushed onto it. The singer, who was 31 at the time, proceeded to distribute ice cream to the audience while appearing medicated and possibly intoxicated. "I just wanted one day off when I could go swimming and look at rainbows and eat ice cream and maybe, like, learn how to ride a bicycle," she said. Carey was hospitalized for exhaustion and an emotional breakdown a week later.

"TRL" named "Dirrty" Christina Aguilera's most iconic video, but it's "Genie in a Bottle" that catapulted her to MTV fame. The attention Aguilera received on the afternoon music fest transcended her videos, as the singer was romantically linked to Daly in 2002.

With an office in Times Square, Diddy was a frequent "TRL" guest throughout the years. On one particular 2003 appearance, the rapper used his time on the show to continue training for the New York Marathon. That left Spears, the episode's headliner, literally wiping sweat from Diddy's brow.

Spending nine days at No. 1 on the countdown, "Complicated" is Avril Lavigne's most successful video on the network -- and she had a lot of them. "I'm With You," "Sk8er Boi" and "Losing Grip" all saw significant "TRL" runs.

"Get Right" was J. Lo's most successful chart entry, but it's her earlier work that may be most closely associated with the show. "Love Don't Cost a Thing" made a splash in 2001, and the singer traveled to Florida to perform the hit on MTV's Super Bowl episode.

Take a look at moments from that final episode: 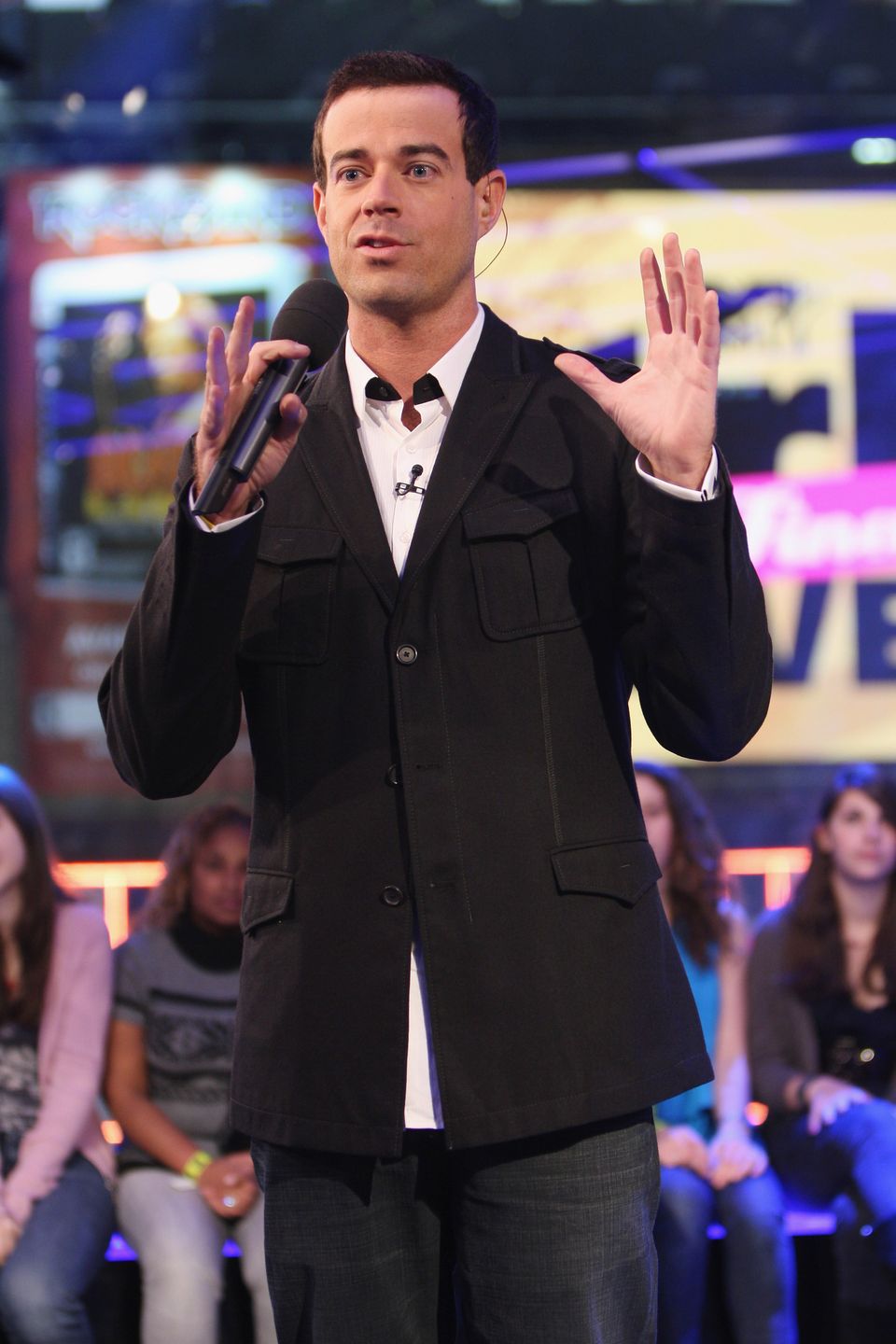