What keeps drawing me back? What is it about Bordeaux I can't get out of my system? Why do the names of its wine villages and châteaux play like music in my ears? Why has this place snuggled its way into my soul, and why can't I cast it out?

Well, Bordeaux was my first love. My first tasting was of Bordeaux wines. And the final wine was Château Léoville-Barton 1962. I remember to this day every nuance of the wine's flavor. The penetrating blackcurrant flavour was so dry a dragon must have sucked all the sugar from it. A perfume of cedar wood and Havana cigar tobacco that matched the austerity of the fruit but took it to another level of such scented beauty you could begin to wonder whether there wasn't a little sweetness in the wine after all. At my first ever tasting, the gods of wine had thrown me a classic Bordeaux and said, 'Beat that if you can'.

Indeed, I was visiting Bordeaux even before I'd left university. And since then, I've kept going back. I've visited Bordeaux more than any other wine region on earth.

This change has meant that one or two of my favorite flavors of Bordeaux are now not much respected and are difficult to find. The positively austere blackcurrant leaf and cigar tobacco Médoc styles, for instance, that needed a dozen years or more just to become drinkable have largely disappeared.

And in Pomerol and St-Émilion we have a different selection of styles, scents, textures and flavors - richer, deeper, more powerful, but still based on the disarming succulence of ripe Merlot and Cabernet Franc grapes. Indeed, if you're looking for radical wines radical Bordeaux has a Right Bank address.

But the Bordeaux which isn't glitzy and top end is the silent majority - the wines of the Blaye, Bourg, Entre-Deux-Mers, Cadillac and the Graves. It's more difficult to find good wines in these areas but there is an affordable Bordeaux - not dirt cheap, but affordable - that makes appetizing, savory mealtime reds like no other place in the world. The top wines of course - well, they are finding new markets all the time, even as they lose old ones, because they have cunningly and assiduously fostered the idea that the height of elegance, the height of sophistication in wines lies in the red wines of Bordeaux. And as many parts of the world get richer and become interested in the symbols of success and luxury, France still rules and French wines, led by the cream of Bordeaux, flow into the cellars of the newly wealthy.

Oz Clarke is the author of "Bordeaux: The Wines, The Vineyards, The Winemakers" [Sterling Epicure, $35.00]. 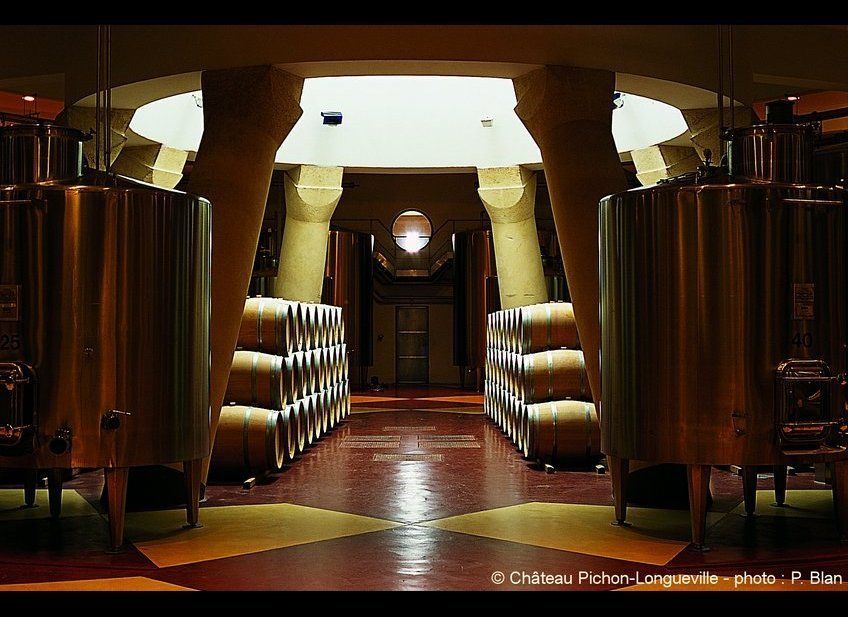 1 / 13
Much of making wine is hustle and bustle, frenzy and action and chaos. But maturing wine is different. Here are Ch. Pichon-Longueville's beautifully modern but timeless cellars; silence reigns, as the new wine begins the slow, calm process of marrying all its component parts together during a period in new oak barrels that can last as long as two years. The flavors that will thrill you when you open a bottle of Pichon-Longueville in 10 years, 15 years time were melded here under the quiet gaze of these noble pillars.