HuffPost Food recently went on a tour de force of some of America's major casual dining chains. Regardless of your taste in cuisine, chances are you've found yourself at a casual dining restaurant before, whether one is your go-to Friday night spot or a road trip-only meal. These national chains pride themselves on creating a menu that can appeal to a wide variety of eaters. But are these calorie-heavy appetizers worth it? We pitted eight appetizers from eight casual dining chains against each other to find out. Week 8: Chicken Strips.

For our eighth installment, we examined chicken strips. It was no surprise that all eight chains served chicken strips, but it was surprising how bad some of them were. From the strangely sweet to dry meat, it's apparently hard to get chicken strips right. But when they're good, they're some of the best comfort food out there. 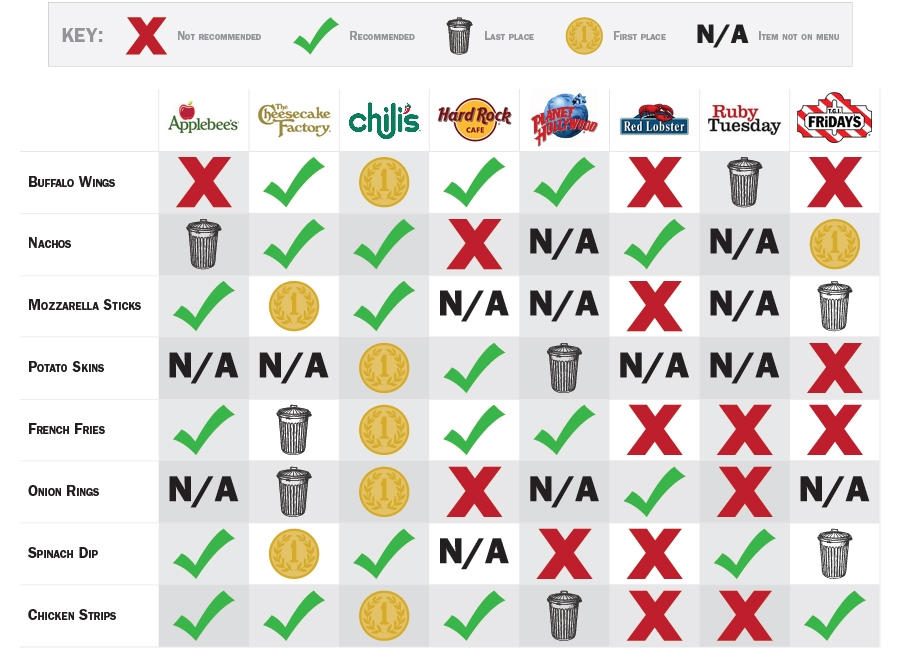