HuffPost Food recently went on a tour de force of some of America's major casual dining chains. Regardless of your taste in cuisine, chances are you've found yourself at a casual dining restaurant before, whether one is your go-to Friday night spot or a road trip-only meal. These national chains pride themselves on creating a menu that can appeal to a wide variety of eaters. But are these calorie-heavy appetizers worth it? We pitted eight appetizers from eight casual dining chains against each other to find out. Week 3: Mozzarella Sticks.

For our third installment, we examined mozzarella sticks. The main problem with the bad ones was the cheese -- there either wasn't enough of it, it tasted like nothing or it wasn't evenly spread throughout the breading. While some breading was better than other, that was never the make-or-break factor. But give us rubbery, tasteless cheese and it's game over.

Check out the results below (high score: 5, low score: 1), and check back next week for Chain Food Showdown, Vol. 4: Potato Skins. 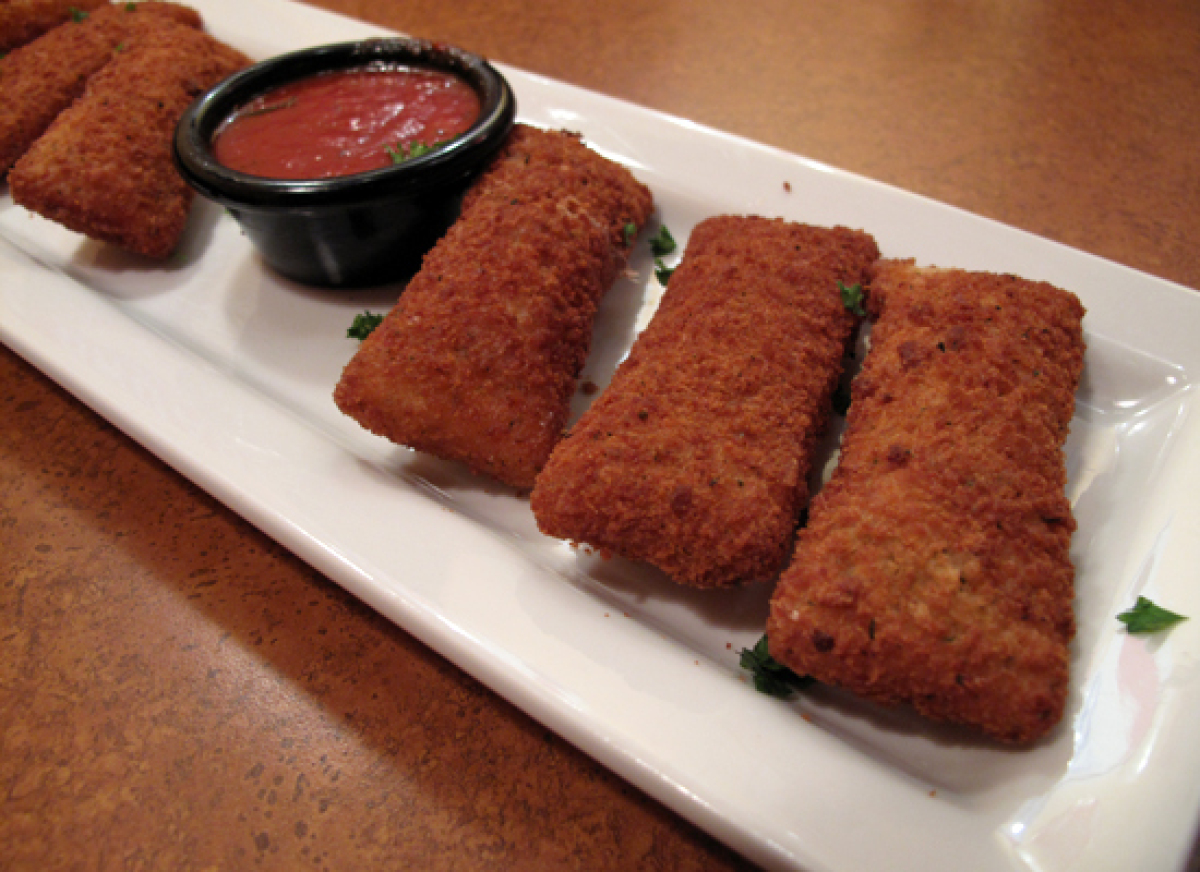 1 / 5
LAST PLACE: TGI Friday's, 2.1
"Rubbery. Gross." "Nice breading but cheese was plastic-y and disappeared in the crust pocket." "Where's the cheese?" "The breading is nice and crisp but the cheese is skimpy." "Tasteless cheese."
Joseph Erdos