HuffPost Food recently went on a tour de force of some of America's major casual dining chains. Regardless of your taste in cuisine, chances are you've found yourself at a casual dining restaurant before, whether one is your go-to Friday night spot or a road trip-only meal. These national chains pride themselves on creating a menu that can appeal to a wide variety of eaters. But are these calorie-heavy appetizers worth it? We pitted eight appetizers from eight casual dining chains against each other to find out. Week 2: Nachos.

For our second installment, we look at the quintessential Tex-Mex food: nachos. Six out of eight of the chains we frequented served nachos as an appetizer. The nachos that stood out had cheese that actually had flavor and chips that didn't fall apart. There was an extremely clear winner in this category thanks to T.G.I. Friday's inventive take on nachos, and creative use of beans.

Check out the results below (high score: 5, low score: 1), and check back next week for Chain Food Showdown, Vol. 3: Mozzarella Sticks. 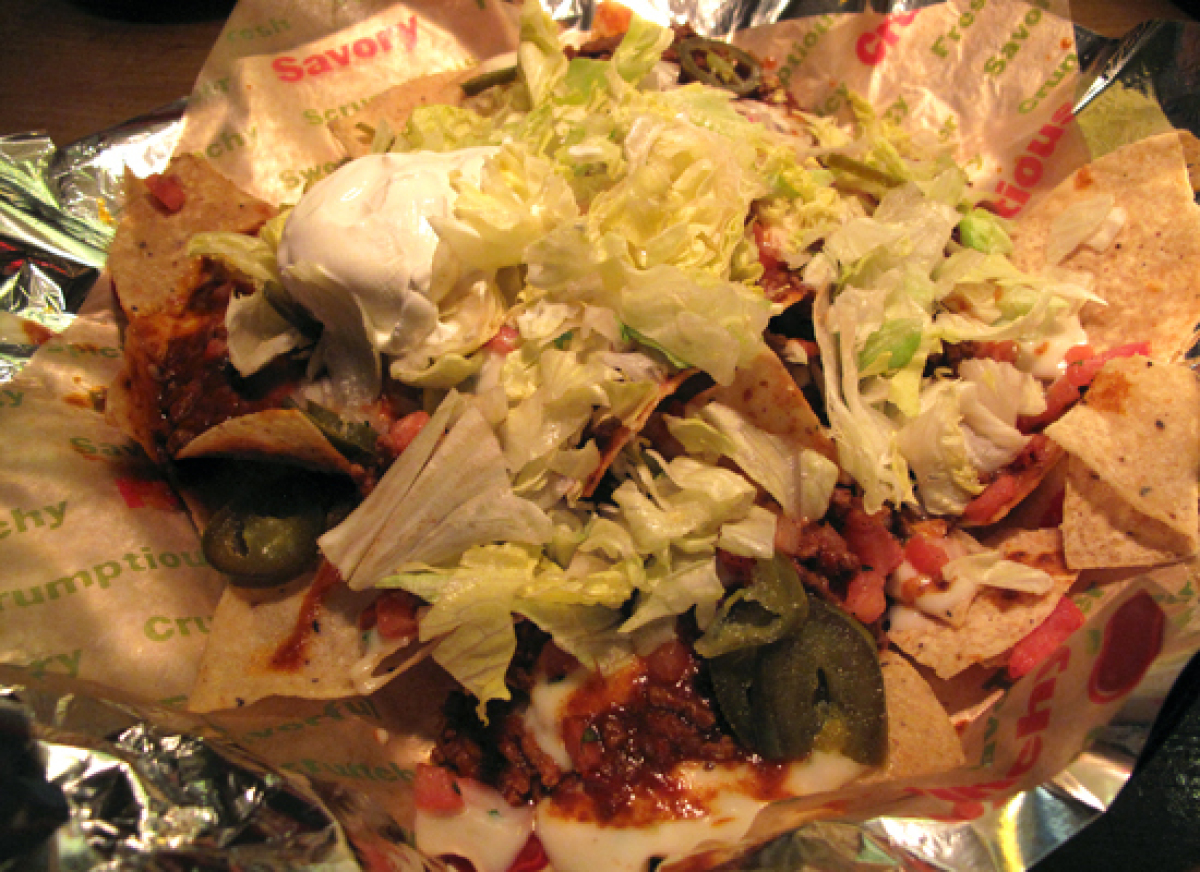 1 / 6
LAST PLACE: Applebee's, 2.57
"Not enough cheese, too much lettuce. "Chips are a little brittle. Could do without lettuce." "A little too beefy but overall they were nicely loaded and a good chip." "Ground beef is like elementary school tacos, in fact the whole thing is like elementary school tacos." "Want beans." "Where's the cheese? Oh, found it."
Joseph Erdos