HuffPost Food recently went on a tour de force of some of America's major casual dining chains. Regardless of your taste in cuisine, chances are you've found yourself at a casual dining restaurant before, whether one is your go-to Friday night spot or a road trip-only meal. These national chains pride themselves on creating a menu that can appeal to a wide variety of eaters. But are these calorie-heavy appetizers worth it? We pitted eight appetizers from eight casual dining chains against each other to find out. Week 6: Onion Rings.

For our sixth installment, we examined onion rings. There were high highs and low lows with this one. We loved the thinner ones that gave ample room for breading and spice. Crunch was the key factor to the stand-outs though -- a soggy onion ring not only offers bad texture, but also never tastes as good.

Check out the results below (high score: 5, low score: 1), and check back next week for Chain Food Showdown, Vol. 7: Spinach Dip. 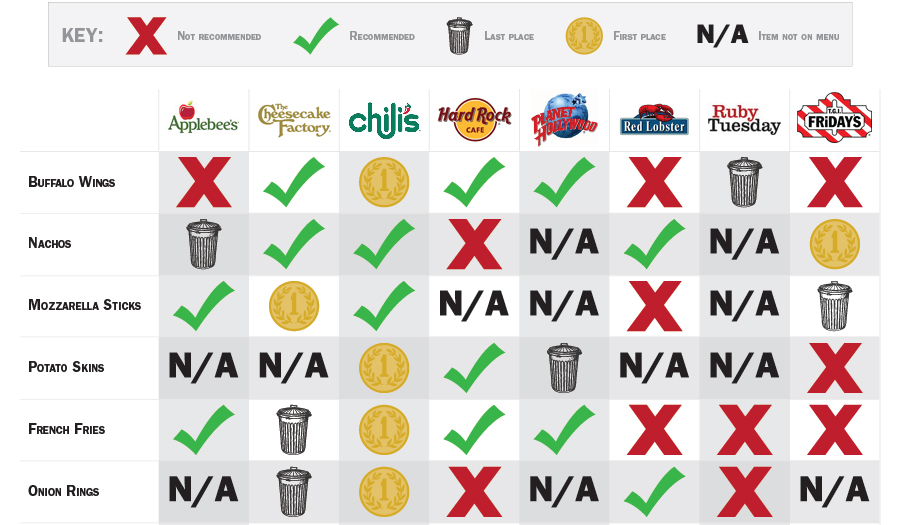