HuffPost Food recently went on a tour de force of some of America's major casual dining chains. Regardless of your taste in cuisine, chances are you've found yourself at a casual dining restaurant before, whether one is your go-to Friday night spot or a road trip-only meal. These national chains pride themselves on creating a menu that can appeal to a wide variety of eaters. But are these calorie-heavy appetizers worth it? We pitted eight appetizers from eight casual dining chains against each other to find out. Week 4: Potato Skins.

For our fourth installment, we examined potato skins. A seemingly simple appetizer to make, potato skins proved difficult to execute well. It should be easy -- use decent potatoes, decent cheese, decent bacon and make sure to add a bit of salt. But when you try to cut corners and go for subpar ingredients, the skins suffer.

Check out the results below (high score: 5, low score: 1), and check back next week for Chain Food Showdown, Vol. 5: French Fries. 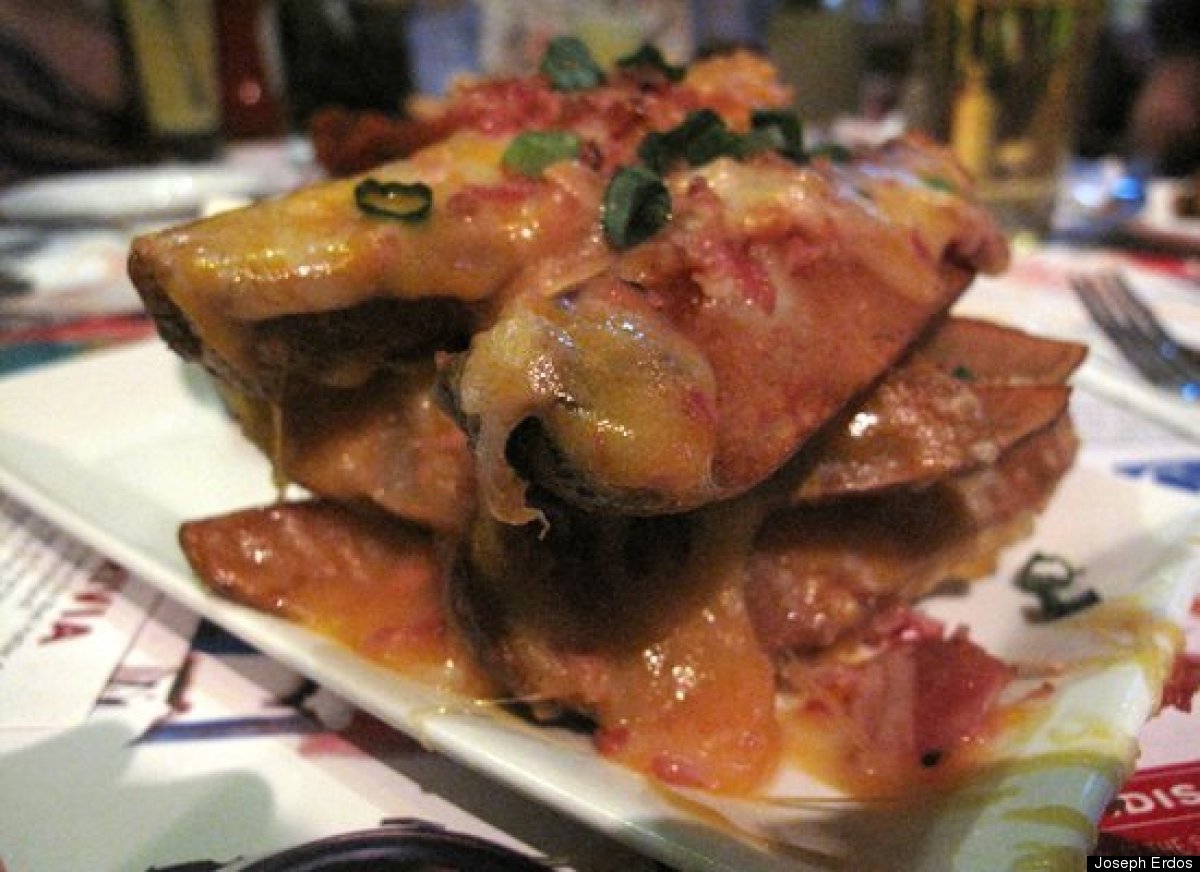 1 / 4
LAST PLACE: Planet Hollywood, 2.57
"These are potato wedges, not skins. I miss the crispy skin flavor." "Not skins but good as potatoes." "Potato-heavy, but par for the course." "Undercooked. Too firm." "A wedge smothered in cheese. I loved it." "Thoroughly unpleasant." "Too much potato flesh."
Joseph Erdos