HuffPost Food recently went on a tour de force of some of America's major casual dining chains. Regardless of your taste in cuisine, chances are you've found yourself at a casual dining restaurant before, whether one is your go-to Friday night spot or a road trip-only meal. These national chains pride themselves on creating a menu that can appeal to a wide variety of eaters. But are these calorie-heavy appetizers worth it? We pitted eight appetizers from eight casual dining chains against each other to find out. Week 7: Spinach Dip.

For our seventh installment, we examined spinach dip. Although these came in several different iterations -- with artichoke, with seafood, etc. -- the core ingredients (spinach and cheese) remained the same. At worst, these were gloppy, oily and soapy. At best, they actually had a noticeable spinach flavor. Also worth noting: bad tortilla chips can ruin a good spinach dip.

Check out the results below (high score: 5, low score: 1), and check back next week for Chain Food Showdown, Vol. 8: Chicken Fingers. 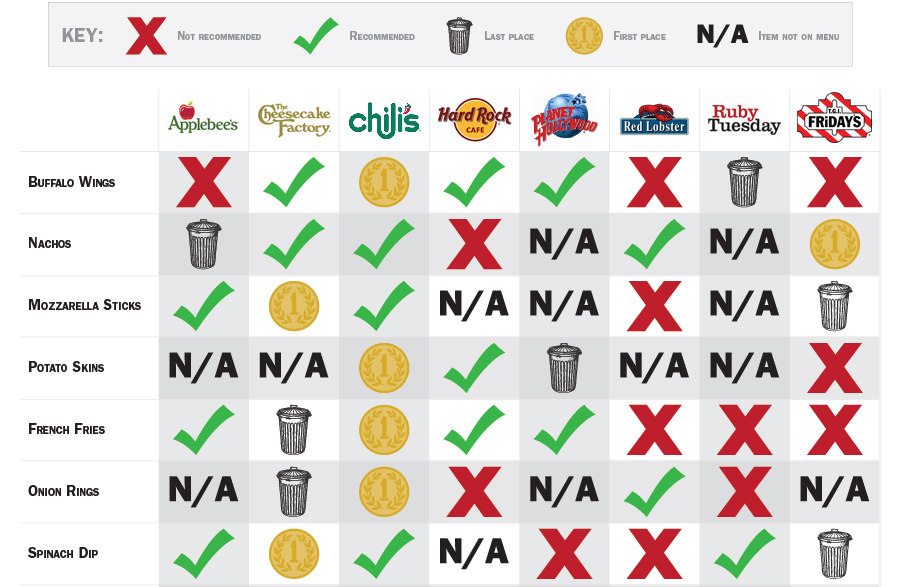