Yahoo Answers is a den of idiocy, where strangers ask other strangers for advice, often with hilarious results. And Ethan T. Berlin is its biggest troll.

Berlin is an Emmy Award-nominated comedian who's written for "Da Ali G Show," "Crank Yankers" and other TV series. In his spare time, he gives hilariously unhelpful advice to people on Yahoo Answers under the name "Puploveheart."

When someone asked how to bake good, chocolate-y cupcakes, Berlin gave a detailed recipe. The fourth ingredient was cupcakes. When someone asked for suggestions for puppy names, Berlin suggested "Pepsi" and "Diet Pepsi" (but only if both are black and one is skinny).

You can remain anonymous on Yahoo Answers, so you can ask anything you want and make your answers as ridiculous as you please. It was only a matter of time before a comedian started using this platform to joke around.

"I started doing it mostly because when you're searching for information, Yahoo Answers is one of the top Google results," Berlin told the Huffington Post. "And you think this will be good information, but it ends up being idiots asking questions and idiots answering questions." 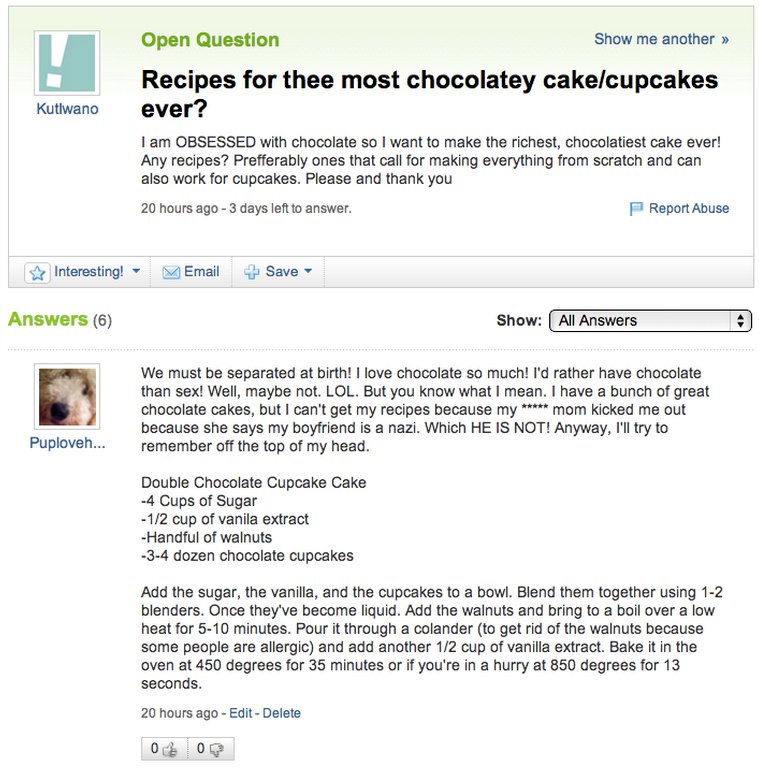 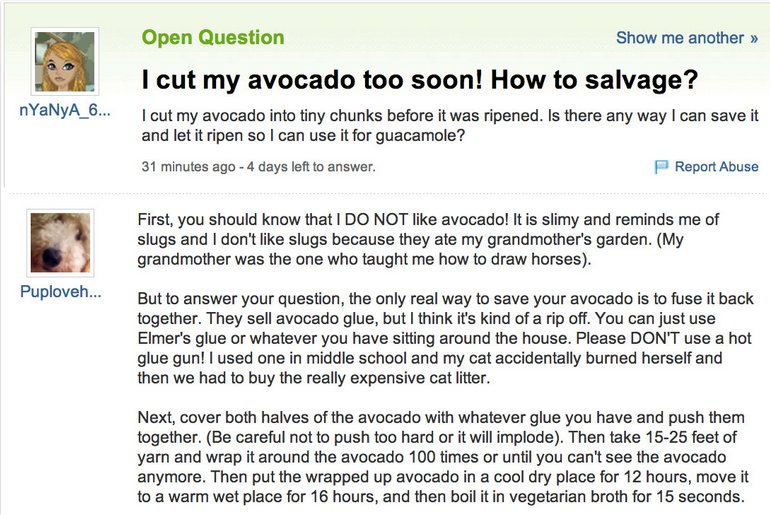 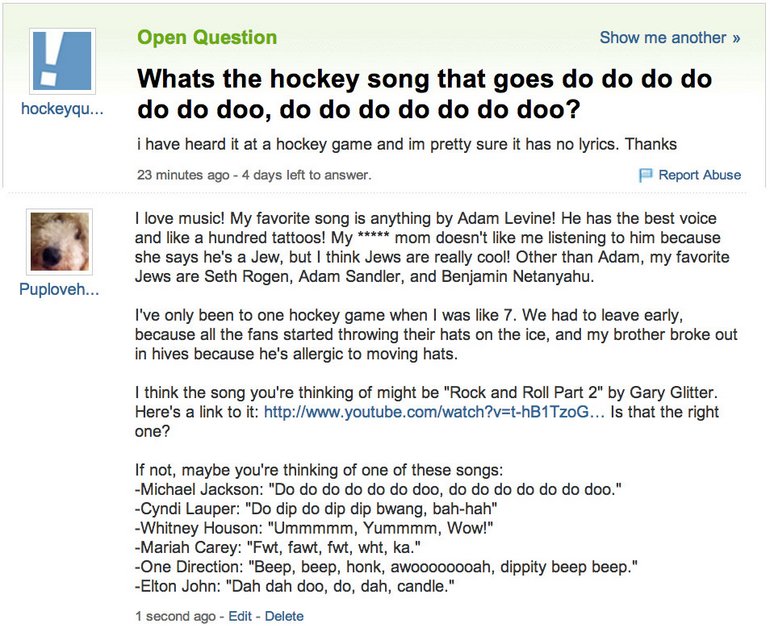 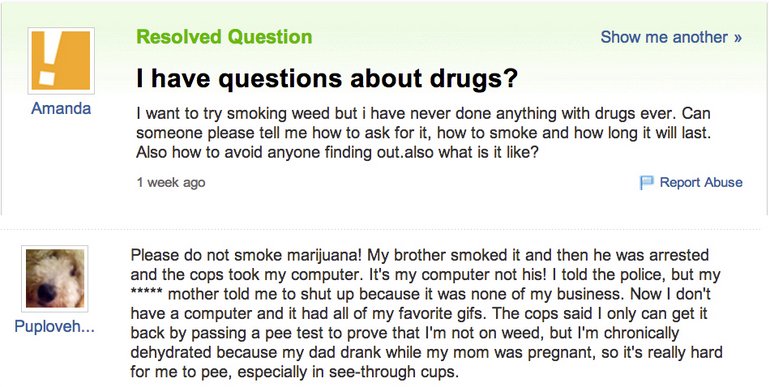 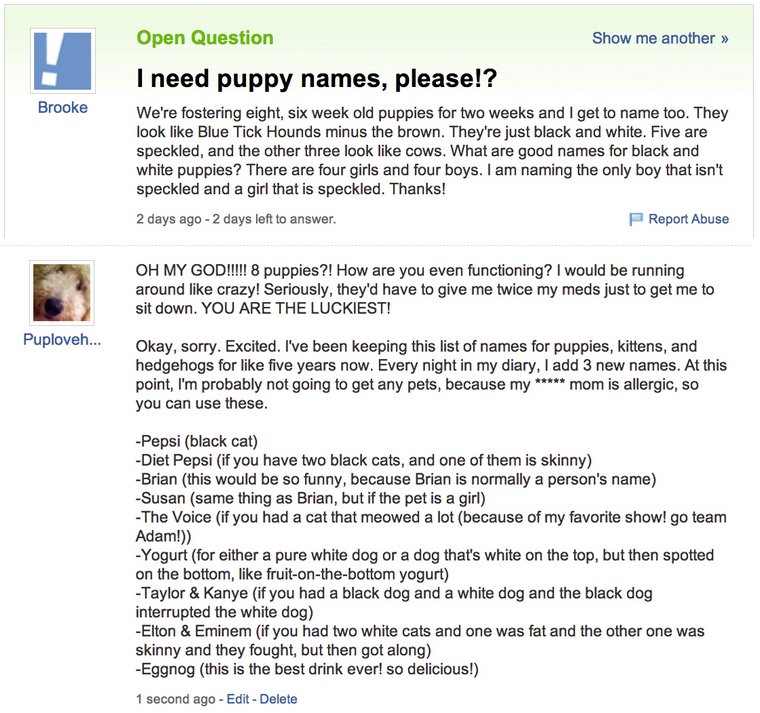 "What struck me was that about 50 to 60 percent of the questions would easily be answered by using Google," Berlin said. He was also disturbed to see so many people asking medical questions on the anonymous site. "I think, 'No! Go see a doctor! That is not a good way of diagnosing a heart attack!'"

"The times that I'm the happiest are when I'm chosen as the best answer," he said. Yahoo Answers determines the "best" responses to questions by letting users vote on them. "My percentage is oddly high."

It's not just fun and games, though. Sometimes Berlin includes helpful links between jokes. "I'm helping people," he says. "It's definitely something that will continue."

You can check out Berlin's podcast about crowdfunding, KickieGoGo, on iTunes.