NEW YORK (AP) -- BET has suspended a producer after a joke about Beyonce and Jay Z's daughter that aired Monday on the network's music video countdown show, "106 & Park."

A source at the network, who spoke on the condition of anonymity because the person was not allowed to discuss the matter publicly, said the producer was suspended after a remark about 2-year-old Blue Ivy's hair.

On Monday's show during a segment about Blue Ivy's hypothetical thoughts during Sunday's MTV Video Music Awards, guest host Karrueche Tran said: "I really did wake up like this, because my parents never comb my hair." Blue Ivy joined her mother onstage at the VMAs.

"Last night on 106 & Park there was a stupid, unthoughtful joke made about a young child," Hill tweeted.

Tran, who has dated singer Chris Brown on and off, tweeted Tuesday that she did not write the joke. She wrote: "Now y'all know I LOVE me some Beyonce and Blue Ivy!"

Hill also tweeted that it was not Tran's fault.

"We also apologize to her for putting her in that position," he wrote. 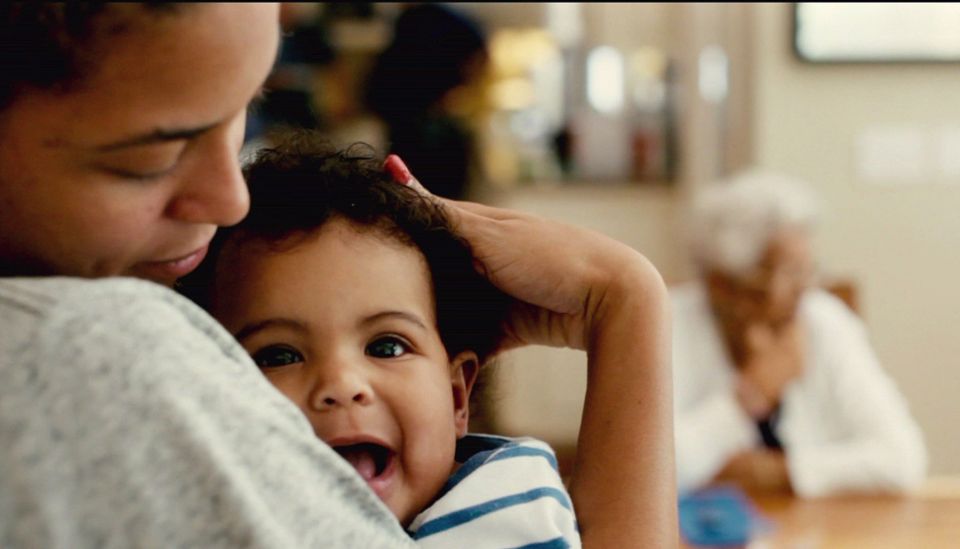