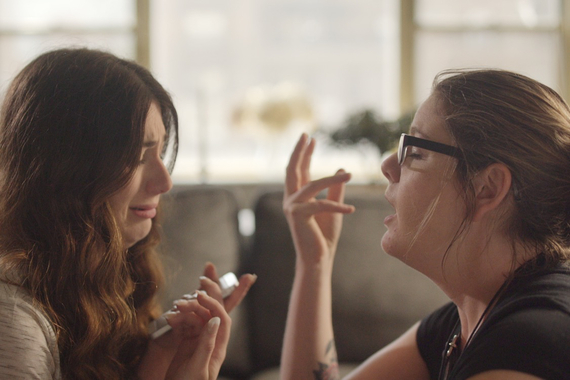 About the Show: Beth and Charly

BroadwayWorld is excited to bring you the debut of the new webseries, Beth and Charly!

Charly is a former child star who is trying to make a serious comeback. Beth is her unfulfilled friend-ssistant. Together they navigate the drama of daytime TV interviews, selfie obsessed fans, and flirtatious co-stars amidst Charly's insecure breakdowns and Beth's constant urge to quit. This time for good. No, seriously, for real this time.

Battle and Conclusion: Episode 1
Episode 1 of Beth and Charly kicks off with Beth (the assistant) on the phone with presumably an industry person who is expecting Charly in their studio ASAP. From the tone of the conversation, Charly is probably not as ready as she is supposed to be. In fact, Beth suggests "they" are out the door, while she is alone. This is the first of many Beth and Charly lines where the characters lie about being "on their way". I found this very relatable. When I take too long to get ready, due to poor planning, I lie about being on my way instead of admitting I'm disrespectful to others' time, or whatever the alternative, honest response would be. 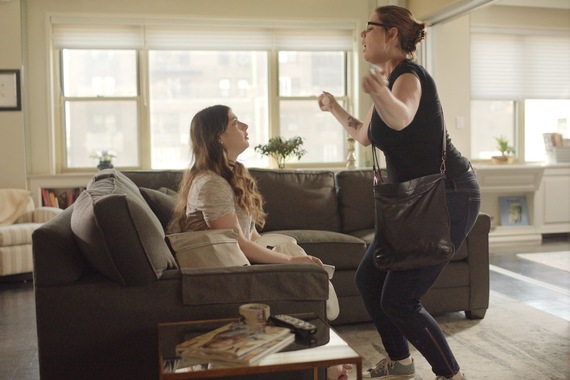 A photo on Twitter has derailed Charly's morning. Beth finds her in hysterics, the opposite of ready for her appearance on a live talk show. Charly explains that "US Weekly" has shared a photo of her mom and her ex-boyfriend on the beach. She is devastated because SHE was once that couple.

Who's the lucky fella making out with Kristen Wiig? See photos! https://t.co/MUJjNiXuZT

For such a young woman, Charly feels like quite the old has-been. This is a greater commentary on Women in Hollywood. Actually, the implication a woman's worth is tied to her youth extends beyond Hollywood.. so that's hilarious! Well, it's not. But, it's an important conversation.

Beth asks Charly if she is going to wear the pocket tee she has on. This stung because my closet is half pocket tees. Then again, I am not interviewed on live TV, but I sometimes I attend as a fan.

After going back and forth in a dialogue similar to, what I assume many getting ready discussions entail: ("You have to go" "I can't go, I'm fat" "You're not fat" "Just be honest"), Beth and Charly are on their way to the live TV show interview.

Battle and Conclusion: Episode 1 from Beth and Charly: The Series on Vimeo.