Some legends earn their glory by overcoming extreme adversity. Others do it by achieving unequivocal success. Bethany Hamilton, shark attack survivor and pro surfer, has done both -- a countless number of times.

On Monday, Hamilton -- who, lest you forget, lost her left arm to a shark when she was 13 years old -- surfed some of the biggest, most dangerous waves of her life.

Calling it a "dream came true," the 25-year-old was towed in at Pe'ahi, off the Hawaiian island of Maui. The wave is so monstrous its nickname is "Jaws."

"I've always had a passion for surfing big waves and pushing my ability," Hamilton wrote on her Facebook page, "and today that's what I got to do."

Before towing into these waves, I would just breath deep and focus on what I was going to do. I believed in my ability. As I was dropping in, I would focus on drawing my line and read.Photo: Lieber Films

Few men and even fewer women have surfed at Jaws, which earned its nickname since the break can be as unpredictable as a shark attack.

But Hamilton made it look easy.

"It was so fun to see how casual she approached each line on all of her waves," Ian Walsh, a professional big wave surfer who was in the lineup with Hamilton that day, told Surfline.com.

"You don't need to look too far for inspiration when you see what she is doing day after day," he added.

Seven months ago, Hamilton gave birth to a baby boy and has spent the last few months spending time with her new family and "recovering from pregnancy and birth (overcoming separated abs, doubts, fears and more)," according to her Facebook page.

But she believed in her ability to get back out there, and when she conquered the 40-foot swell, according to Surfline.com, she screamed her victory: "I just got the heaviest, biggest waves of my life!"

The notoriously dangerous waves have taken down boats and elite surfers alike.

"When you wipe out at Jaws," Dennis Walsh, a Maui surfer and Hamilton's safety captain, told Surfline.com, "it feels like being trapped in an underwater tornado or a giant washing machine. You get pushed down really deep and, after 45 seconds, may experience a blackout"

Fortunately, Hamilton, who towed into the massive waves with the help of Walsh's jet ski, surfed that day unscathed.

"The wave is absolutely mesmerizing," she wrote to her fans on Facebook. "Definitely a wonder of the world. And I had the opportunity to ride it."

Hamilton's excellent wave-riding that day has earned her an early nomination for the World Surf League's 2016 Ride of the Year.

Below, watch the surfing icon inspire the world, yet again, with her talent and fierce determination. 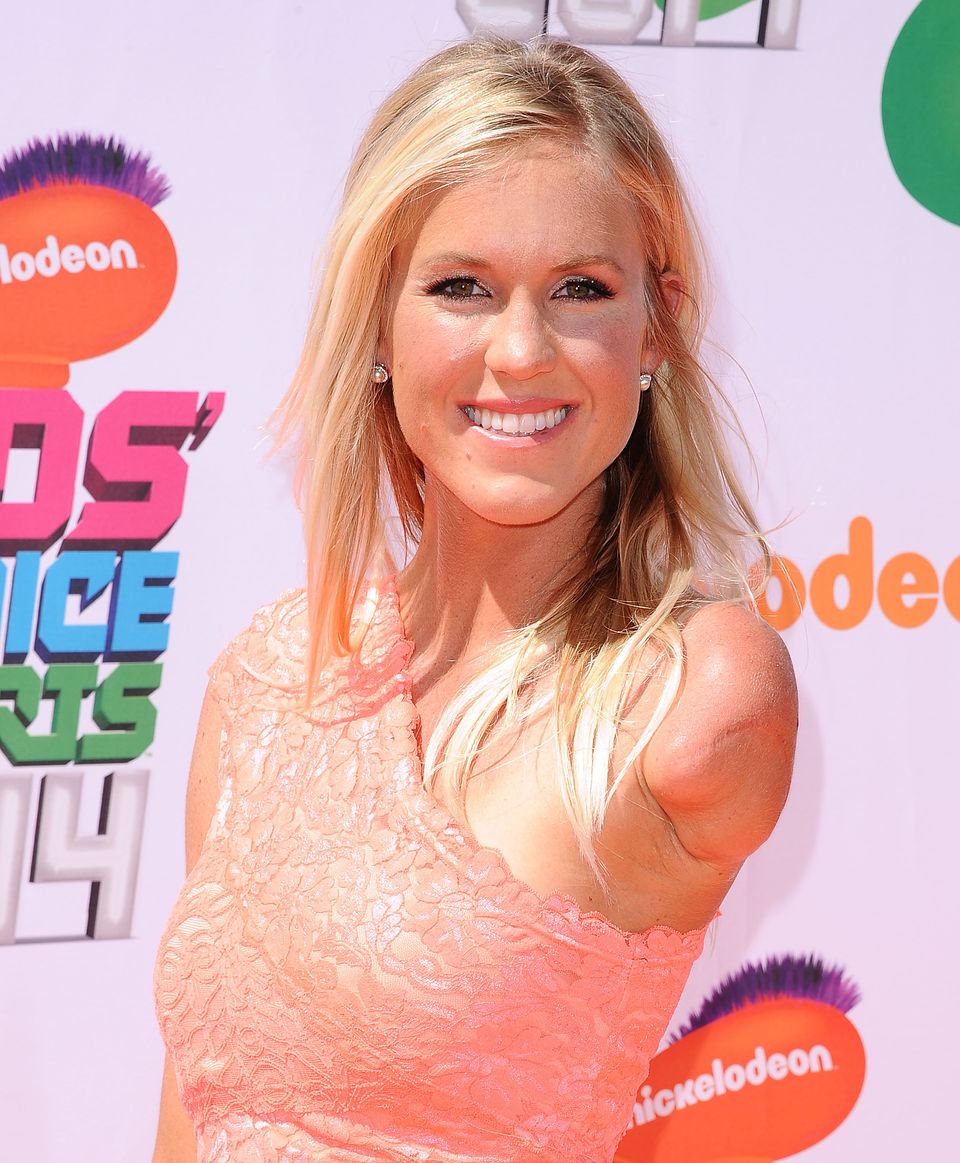