When people think of Christians in the Holy Land, division and rife are often the first thoughts that come to mind. Incidents like the 2008 fist fight of priests at the Church of the Holy Sepulchre in Jerusalem, breaking out because of some squabble regarding the status quo, certainly do not help this reputation. But this week, the church in the sacred land of Christianity was singing a different tune. More than one hundred Christians: Catholic, Protestant, Orthodox, and Evangelical gathered together in worship and in prayer. Many Christians gathered were a part of the activist community supporting the World Week for Peace which emphasizes "God has broken down the dividing walls." The Palestine Israel Ecumenical Forum (PIEF) invited members of churches, faith-based communities, and civil society organizations around the world to join together in advocacy to end the "occupation of Palestine" and pursue a "just peace for all in Palestine and Israel." The worshipers included Palestinian Christians and internationals from the United States, Germany, Great Britain, Australia, and other countries. The evangelical educational institution Bethlehem Bible College had 13 students and two faculty at the event. 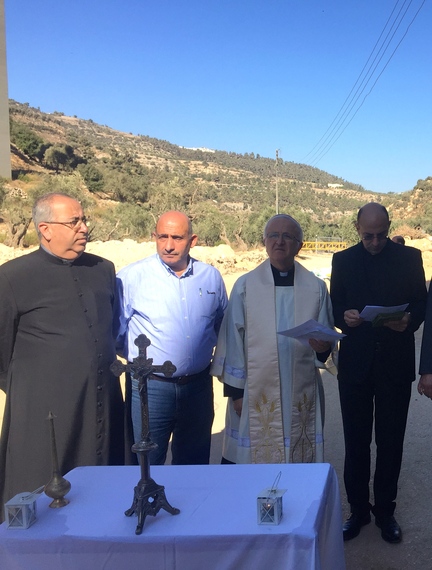 Bethlehem Bible College, the only evangelical institution of its kind in the West Bank, was founded in 1979 by local Arabs to offer high-quality theological education and to train Christian leaders for service in the local church and community. The school has committed to both strengthening and reviving the Christian Church in the Holy Land. Historically, evangelicals in the region do not have the reputation of playing well with others. Thus, the ecumenical gathering on Saturday, September 19, was significant. 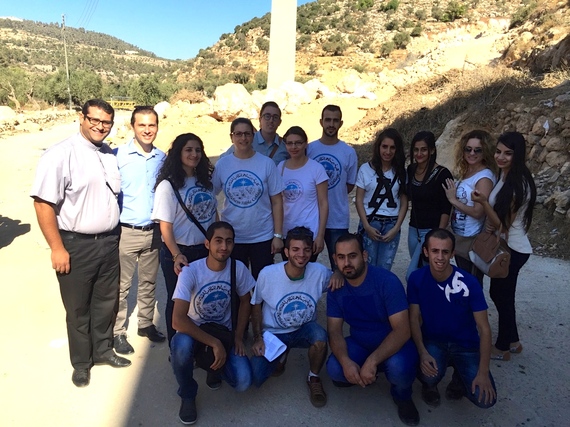 Academic Dean, Munther Isaac, and Dean of Students, Shireen Hilal Awad, gathered with 13 students from Bethlehem Bible College in support of the World Week of Peace.

One of the main goals of the World Week of Peace prayer and worship service was to highlight the confiscation of land from the Cremisan Valley in the municipality of Beit Jala, near Bethlehem, by the Israeli government. In February of this year, Christian Today reported on how the confiscation would affect the local Christian community and other residents. More recently, The Latin Patriarchate of Jerusalem announced on July 6, 2015 the decision of the Israeli High Court to green light the building of the Separation Barrier through the valley. This separation barrier would separate families from their land and would limit access of the communities in the Bethlehem district to use the open green space for picnics and recreation. In Beit Jala, 58 Christian families, a monastery, a convent, and a school will be directly affected. The recent worship service highlighted this area as the only green nature space available in the Bethlehem area.

Munther Isaac, Academic Dean of Bethlehem Bible College, believes the confiscation of land is a deliberate mechanism with the intention of displacing the Palestinian people. As a part of the less than two percent of Christians in the population of the West Bank, Isaac declared, "Prayer is an act of resistance." He, and many others, have committed to staying in the region despite political pressures. The worship service maintained a tone of hope and aspiration as those gathered together prayed the words: "We believe that [God's] hour, the time for peace and justice will come, and we are patient. But fill our patience with your love and grant us the strength to do what you want us to."