As she explains it, Betsey Johnson picked up her football expertise "from the ground and not from above." She learned the sport during her longtime cheerleading career which began in junior high, continued to high school and lasted until she was head cheerleader at Syracuse University. "My own claim to fame, other than being 73, is when I was at Syracuse, the Heisman Trophy winner was Ernie Davis," Johnson explains. Although she confesses "I never quite understood the game because we were sitting right next to the players on the same level. I couldn't see what was going on. Thank God I had a co-captain who made the decisions to cheer, 'hold that line, block that kick, push em, push em back.'"

The moves served the exuberant designer well. At the end of her fashion shows, right on the runway, she is known for doing daring iconic cartwheels and splits. "I was an aerial acrobatic type so I would come out with my co-captain and run in front of the team. I'd do a cartwheel, backflips, all that stuff to lead the team out rain or shine. Now I keep it down to a cartwheel and a split," recalls Johnson who says that cheerleading gave her a love for dance. "I wanted to be a Rockette."

Johnson is one of 50 talented designers who are members of the Council of Fashion Designers of America (CFDA) who created bespoke footballs to celebrate Super Bowl 50 and support the NFL Foundation. Through its grant programs, the NFL Foundation supports youth and high school football programs and health and safety efforts such as Heads Up Football, and community health initiatives like NFL PLAY 60. All 50 of the one-of-a-kind designer footballs will be up for auction until February 14th at NFL.COM/Auction.

Johnson's beloved antique mannequin hands with fiery red fingernails pictured below, also have a back story. When she first moved to Malibu she stuck them around a rosebush. "It was very beautiful to me. I liked how the hands kind of went, "Da Da! This is a rosebush!" says Johnson. "But my grandkids said, 'That's creeping us out.'" Johnson also sees her design as getting little bit of girl in the game. "I thought it's very Gisele {Bündchen} and Tom {Brady}." says Johnson who sweetly describes teams as "the guys in orange or the guys in blue."


Betsey Johnson designed this fabulous football with antique mannequin hands to be auctioned off to benefit the NFL Foundation. 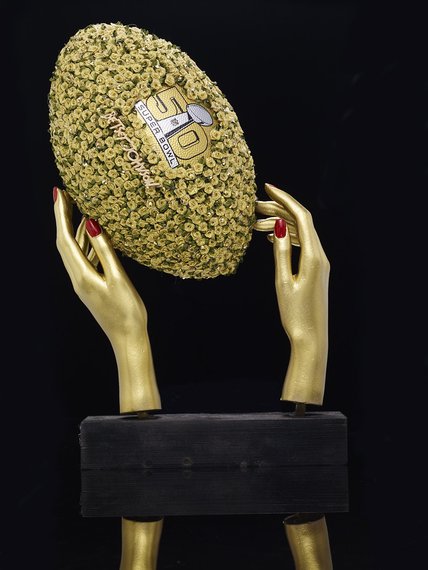 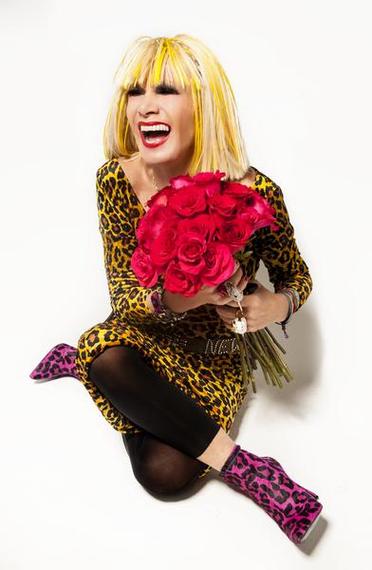