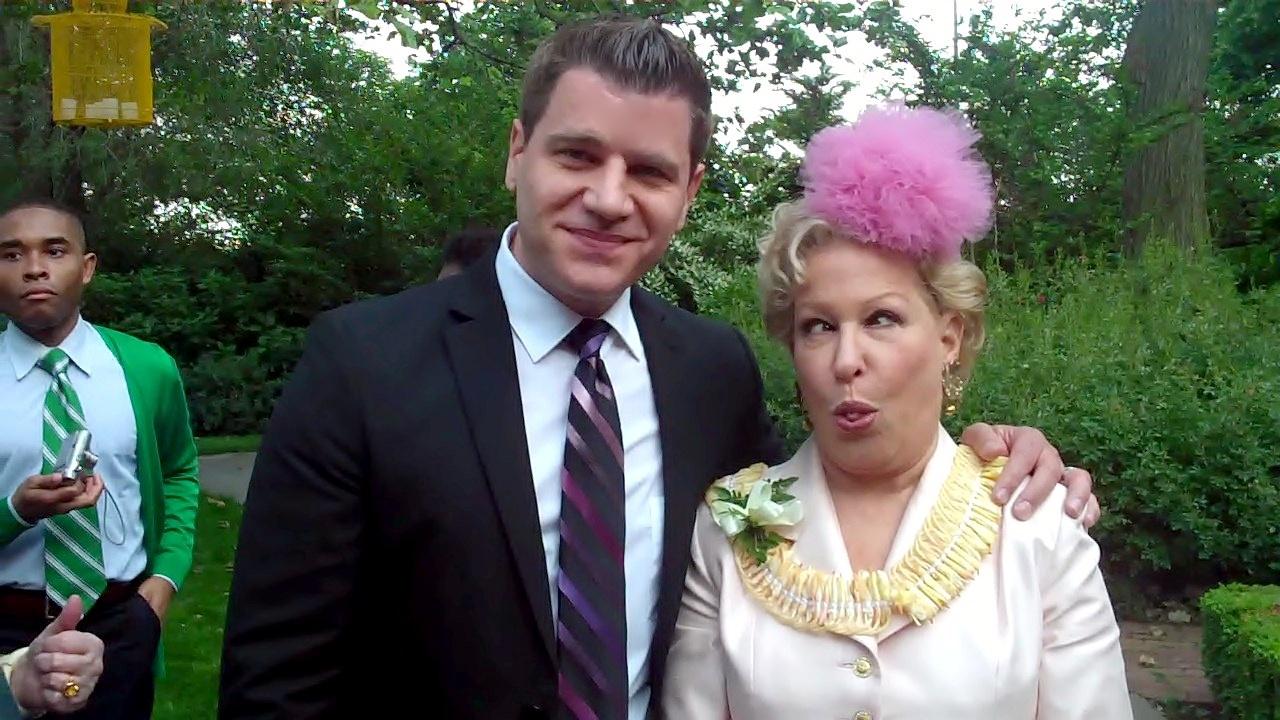 The actress/singer/founder of the New York Restoration Project was presented with the 2012 Doris C. Freedman Award. Bette's project worked with other organizations to advocate, restore and revitalize the city's public parks, gardens, and any other inch of new grass you may happen to spot. The always gracious mayor presented her with the award and also adorned her with floral neckwear, followed by "I can't believe I just lei'd Bette Midler." I know, this joke is like beating a dead flower, but it's nice 'schtick' coming from a man that is usually obligated to talk about things that make your eyes glaze over.

OK, cheesy jokes aside, what night to throw a party! Guests sipped on cocktails, gazed at the architectural beauty of Gracie Mansion on the banks of the East River, while a cool breeze and the Circle Line quietly sailed by. During the ceremony Bette took us down memory garden lane, where burned out abandoned cars were the park's common day candy wrappers. This apparently was her motivation to start her project, and voilà! -- seventeen years later, green surfaces and nearly 600,000 new trees that tourists admire and native New Yorkers enjoy every day. "How fabulous to receive the Doris C. Freedman Award, one of the highest our city can bestow," said Bette Midler. "I am both honored and humbled''.

After the award was presented, a children's choir sang her praise, even NYC Police Commissioner Ray Kelly showed his support with an appearance (this man wears the nicest ties). And what Miss M event would be complete without an impersonator? Donna Maxon, was the evening's body double, and is also the board president of the Council on the Arts and Humanities for Staten Island. The two ladies smiled for the cameras while Donna presented Bette with a beautiful congratulatory bouquet, and you could hardly tell the two apart (from a distance). I should also highlight the delicious food that the mansion served: steamed dumplings, massive grilled shrimp, summer sangria and pink lemonade for all of the kiddies.

When Bette left the stage, she was naturally bombarded with photo requests and compliments,
and surprisingly wasn't quite 'The Rose,' but more of a daffodil while posing for our pics. 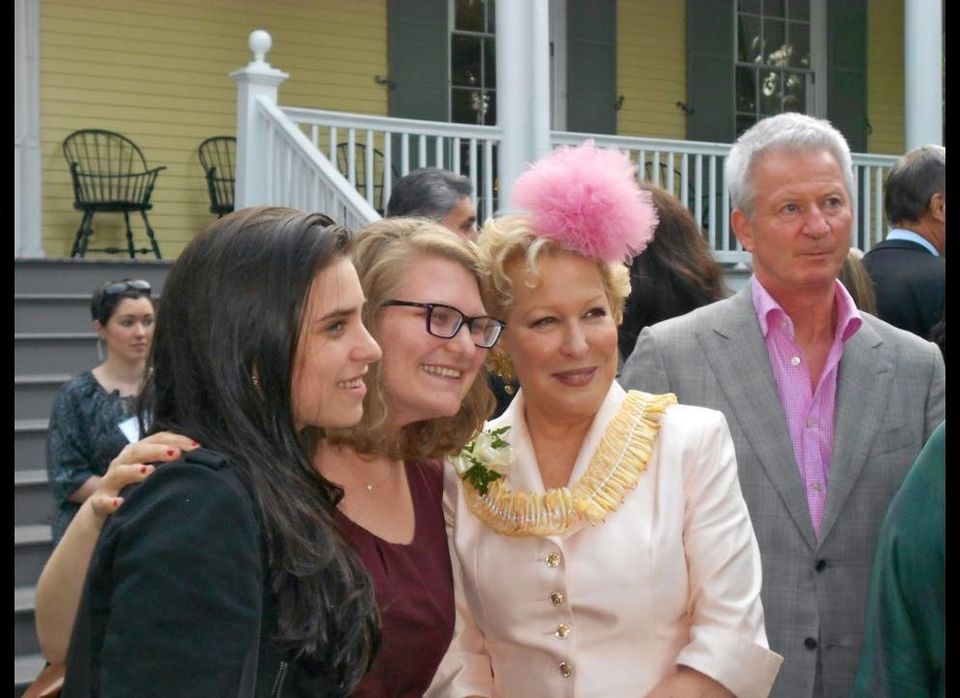