Saul is the one who knocks ... back shots.

With some extra money to spend in the fiscal year, AMC really wanted to come up with another way to promote the new season of "Better Call Saul." Their idea -- a new promo featuring Saul Goodman drinking in a dive bar -- grabbed show creators Vince Gilligan and Peter Gould, and soon "Yo Soy Saul (with drunk rap)" was born.

The song now has a music video and is making its debut on iTunes, but writers Gilligan and Gould told The Huffington Post they're not musicians.

"That needs to be spread," said Gilligan, laughing.

"I don't think I'm much of a lyric writer, either," added Gould.

The pair explained, despite that obstacle, everything came together quickly with the help of Arturo Salas, "Better Call Saul" music supervisor Thomas Golubić and the show's composer, Dave Porter.

And, yes, tequila was involved.

Golubić says the AMC promotions team sent them a bottle of tequila in a wooden box with a glass window on it. "Which implies that it's of extremely high quality," he said.

"We all got to enjoy it. Luckily, it was a fully drinking crowd, Vince and Peter included, so everybody had a few nice shots. I think it really lubricated the vocalists in a real nice way. It didn't last long," he laughed.

Those vocalists belong to Mariachi Bandido, a group Gould lauds and Golubić said was much easier to find than when he had to get a narcocorrido (drug ballad) band for "Breaking Bad." In the case of those bands, most of the groups he contacted had "legal problems or citizenship issues."

"Everyone wanted to be paid in cash, and Sony said, 'No, you’re not paying people in cash.'"

Still, even with the "drunk"-sounding verse in "Yo Soy Saul," Gilligan says Zafiro Añejo, the tequila that Gus poisons in "Breaking Bad" and that Saul tricks a stock trader into buying for him in "Better Call Saul," wasn't present.

He explains that the "drunk" part of the song is actually a mariachi borracho style, so the "spirit of someone who imbibed too much Zafiro Añejo is there -- not the poison variety," Gilligan laughs.

Gilligan credits Salas with the "lion's share" of the work since he and Gould didn't speak Spanish. Porter and Golubić also said that they're "woefully ignorant" of the language. Gilligan did contribute at least one line to the final piece, though.

"I said -- well, this is the sum and total of my contribution -- 'I think the Spanish word for lawyer, abogado, rhymes with avocado, so can we say his balls are as big as avocados?' Arturo was very kind to me. He said, 'You don't actually say avocado in Spanish. That's more like an English version, but what the hell? We can do that anyway.'"

"So there’s a little Spanglish in there," said Gould.

Music has always been essential to the "Better Call Saul"/"Breaking Bad" scribes. Gilligan says the song "El Paso" basically "mirrors" Walter White in "Breaking Bad." The song tells the story of a guy who dies because he can't stay away from his one true love.

"Really that's exactly -- spoiler alert -- that's exactly what happens in the final episode of 'Breaking Bad,'" says Gilligan, "Where Walt's real precious, so to speak, is the meth lab."

"Now that I kind of realize it, it was all kind of a bit on the nose," he says.

Sometimes the lack of music in the shows is just as important, however.

Porter says one luxury about the spinoff series is they didn't have a lot of music for Saul in the original show. He explains they "didn't do it on purpose," but Goodman was always "his own comic interest." But if Saul did have a song to describe his journey, like Walt has "El Paso," what would his song be?

"I don't know if we know what Saul's song is yet," says Gilligan. "That's a good question. That’s something that we should start thinking about now."

Or, perhaps they've already found it, and it has something to do with anatomical exaggerations about avocados.

"Yo Soy Saul" is available for download on iTunes. 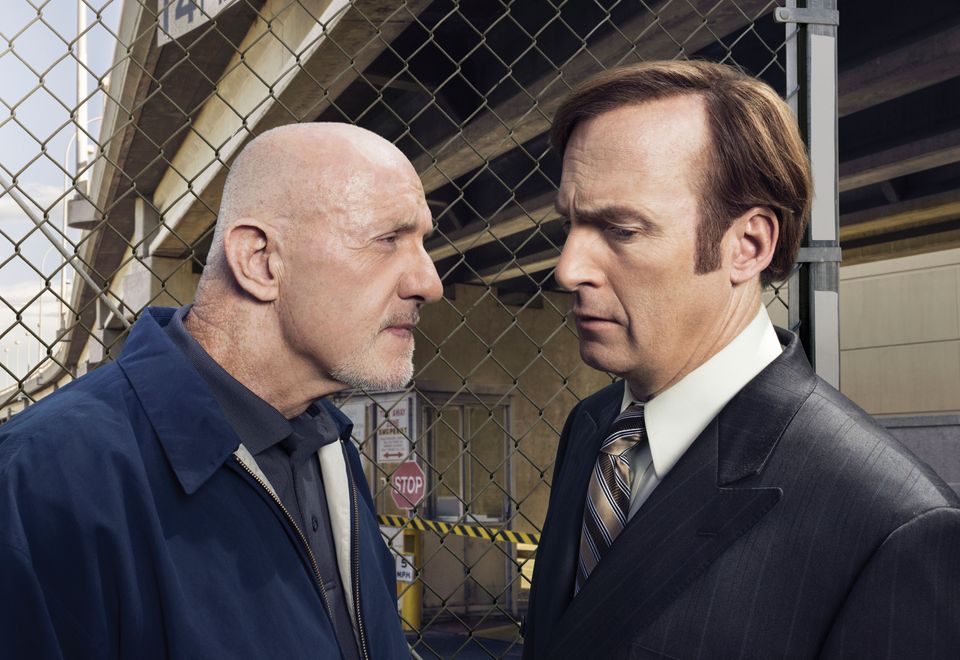