While the world has generally seen success with the Millennium Development Goals (MDGs) -- halve the proportion of hunger and poverty, get all kids into school and drastically reduce child mortality -- drawn up nearly 15 years ago, not all promises will be achieved. 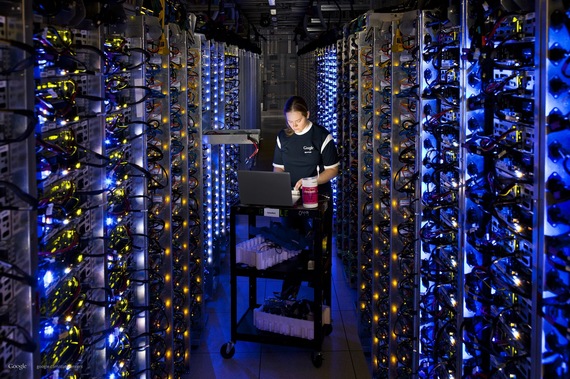 What is somewhat surprising, however, is that we have fairly little information about what exactly we achieved. According to World Bank data, in 1990 there were 850 maternal deaths out of 100,000 live births in sub-Saharan Africa and this number went down to 500 in 2010. However, the World Health Organization has warned that measuring the maternal mortality ratio remains a challenge because less than 40% of countries have a complete civil registration system that appropriately attributes the cause of death.

Actually, most of the available numbers are rather projections and estimates, not data. In total, there are more gaps than real observations and the observations themselves are often dubious.

This matters, because the world is now discussing a new set of targets for the next decade and a half. To do the most good, my think tank, the Copenhagen Consensus, has asked 60 teams of the world's top economists to look at the economic, social and environmental costs and benefits of all the top targets. Of course most of the attention is on the high-profile issues like health, education, food, water and environment.

But to be able to measure how well we handle all these issues has real costs. How much this will cost and how much the international community can justify spending in this way is the important topic covered by Professor Morten Jerven in his paper for the Copenhagen Consensus.

Take the original MDGs. There were just 18 simple targets. Data collection for these targets had many gaps, and much of the information collected was of dubious quality. However, Jerven collates the information we have about survey costs across the world and estimates that the proper monitoring of all 18 targets and 48 indicators would have cost the world $27 billion. That is a significant number, but given that the world will spend about $1.9 trillion over the same period, 1.4% is perhaps not unreasonable to spend on getting information.

The problem is that the next set of targets is growing ever larger. A high-level panel with UK Prime Minister David Cameron, President Susilo Bambang Yudhoyono from Indonesia and Liberian President Ellen Johnson Sirleaf along with leaders from civil society and the private sector suggested 59 targets and advocated building "better data-collection systems, especially in developing countries."

A number of months ago, 70 UN ambassadors in the Open Working Group proposed a bewildering 169 targets. One of these argued that by 2020 the world should "increase significantly the availability of high-quality, timely and reliable data disaggregated by income, gender, age, race, ethnicity, migratory status, disability, geographic location and other characteristics relevant in national contexts."

Doing even a minimum data collection for all these 169 targets will cost at least $254 billion, or almost twice the entire global annual development budget, Jerven estimates.

And this is a very low estimate, since it does not take account of basic administrative data gathering by national governments, or costs for all the household surveys, which are recommended. And countries where data has not yet been collected will likely prove even costlier. Remember, six of 49 countries in sub-Saharan Africa have never had a household survey and only 28 have had one in the last seven years.

Moreover, there is a serious question of capacity. Worldwide, only about 60 countries have the basic registration systems needed to monitor trends in social indicators. Many poor countries do not have the capacity to collect useful data on a national basis. In the $254 billion estimate there is no allowance for maintaining the statistical office, training and retaining personnel, analyzing along with disseminating the data. There is ample evidence that the MDG agenda has already stretched statistical capacity and strained statistical offices in poor countries and that 169 new targets will only make it much worse.

Most participants discussing the Sustainable Development Goals recognize that we need much, much fewer targets. Taking into account the formidable costs of data collection for each target, it is reasonable to reconsider the best number of targets. For comparison: both the Norwegian and British governments have official statistical services, which cost about 0.2% of their GDP. Using this figure as a measure of willingness to pay would suggest that we should aim more at four SDG targets, which could be properly monitored, rather than a massive 169.