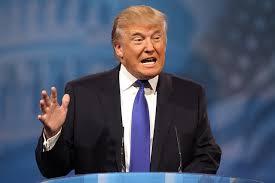 Political pundits are talking up a storm offering "20/20 hindsight" reasons why Trump won. Pollsters are stunned that they got it wrong. While I am saddened by the result, I am not surprised by it. Why? Throughout his campaign for his party's nomination and the Presidential race, he did more effective marketing than his rivals. You may recall that Michael Moore predicted a Trump win back in July. Why did some see this coming?

He started with an effective slogan - Make America Great Again. It was effective because it filled the needs of the disaffected that are unhappy with...

If you ask those in the know, America has never stopped being great. In the minds of the disenfranchised, however, America has not been so great for them - especially after the financial meltdown in 2008. Trump used these frustrations to his advantage - making very general promises that many believe he will be unable to keep. It's hard to lower taxes and rebuild infrastructure to employ those out of work. Obama tried to do this after the Great Recession, but was road-blocked by Congress.

He finds the weaknesses of his opponents and exploits them. He used the Roger Ailes and Karl Rove strategy of taking the strengths of his opponents and turning them into weaknesses - saying whatever he wants about them without much concern for the truth. This works with those that feel powerless and disaffected since they are looking for the hero that will save them from all the evils in the world. Facts do not seem to matter to them.

His fans seem to like the fact that he attacks people of all parties and persuasions. In addition to his requisite attacks on Hillary Clinton, Obama, the Mexican Government, and Muslims, he has attacked conservative talk show hosts, such as Megyn Kelly, Republican war hero John McCain, Republican strategist Karl Rove, the Bushes, other Republican rivals, and even the Pope. Most politicians would suffer greatly for attacking any one of these. Not Trump. The Apprentice gave him a "celebrity" Teflon coating.

After years of practice as a reality show host, he has figured out how to use words that everyone will understand. This offends people that like to think of themselves as more intelligent and sophisticated, but it makes his message clear enough to everyone listening. Many did not like the slogan "squeeze the Charmin" but it sold a lot of toilet paper.

Repeats enough times that those listening remember and believe

When a message is repeated enough times, many will believe it whether it is true or not. He used the terms "crooked Hillary" and "lock her up" quite a lot. After sufficient repetition, a lot of people believed them. Marketers call this the Placebo effect. Never mind that Trump has been sued for fraud in his home state for Trump University and has been involved in at least 169 Federal lawsuits. According to Bloomberg, Trump has either sued or been sued, 1,300 times since 2,000.

Knows how to use the media for free

Trump knows that being outrageous will attract attention. Every time he appears, he attracts demonstrators, and he uses the demonstrators, in and outside the venue in which he is speaking, to further his "tough guy" no nonsense image. Of course, the media lives off of celebrities that attract attention. While he repeatedly accused the media of being biased, he won because of all the media attention he received throughout his campaigns.

Trump lovers and haters alike are attracted to him because they are anxious to see what he is going to do next. The other Republicans running against him were frustrated and jealous of the attention he received. He proved this when he pulled out of the Fox news debate last January. According to CNN, it was "the second lowest rated GOP debate of the season, and Trump was the most-talked-about candidate without even being there."

His winning is no real surprise

Back when the race for the Republican nomination began, nobody thought Trump would win. Very few predicted a Trump victory in the Presidential election. Better marketing is a hard force to overcome, and it seems that he used this force to win. Trump, like Reagan and Schwarzenegger before him, used his celebrity to communicate more effectively than his rivals. He also developed a Teflon coating that protected him from all the slings and arrows from opponents and himself. Good luck to all of us. We will need it.