Sticking to traditional gender roles could make you less comfortable and less safe in the bedroom. In a new study, young adults who assumed that men should take charge during sex were less likely to feel confident in sexual situations and less receptive to using female condoms.

The study, published online Sept. 25 in the journal Sex Roles, involved 357 women and 126 men (ages 18-29) from a public university in the Northeast, all heterosexual and sexually active. The researchers, led by Lisa Rosenthal from Yale University, gave the students a survey to measure their sexual confidence, asking them how assertive they were about getting sexual satisfaction from a partner, using a condom and taking precautions for safer sex.

They also examined the students' support for social power inequalities and hierarchies based on their agreement with statements such as: "It’s OK if some groups have more of a chance in life than others;" and "The man should be the one who dictates what happens during sex." (The endorsement of such power dynamics has been linked to sexism, negative attitudes toward women's rights and a greater tolerance of sexual harassment.)

In the private cubicle where the students filled out their survey, there was a bowl of female condoms with a sign that read: "Protect yourself and your partner. Please take some! FREE FEMALE CONDOMS." There were small pamphlets next to the bowl about how to use female condoms, which are inserted into the vagina before sex.

The more men and women endorsed hierarchical power dynamics, the more likely they were to believe men should dominate during sex and the less likely they were to take the free female condoms and report confidence in sexual situations, the researchers said.

"If men believe that men should dominate sexually, this may prevent them from feeling open or comfortable discussing sexual behavior and protection with their partners or asking questions about things they may not know," which could lead to reduced sexual confidence, wrote the researchers.

Women in the study were generally less likely than men to believe that men should dominate in the bedroom, the study's authors noted. The researchers controlled for variables such as age, family income, number of sexual partners in the past month and perceived HIV/AIDS risk.

Copyright 2012 LiveScience, a TechMediaNetwork company. All rights reserved. This material may not be published, broadcast, rewritten or redistributed. ]]>
Download
Calling all HuffPost superfans!
Sign up for membership to become a founding member and help shape HuffPost's next chapter
Join HuffPost

Better Sex For People Who Don't Stick To Traditional Gender Roles In Bed, Says Study
5 Ways to Rev Up Your Sex Life 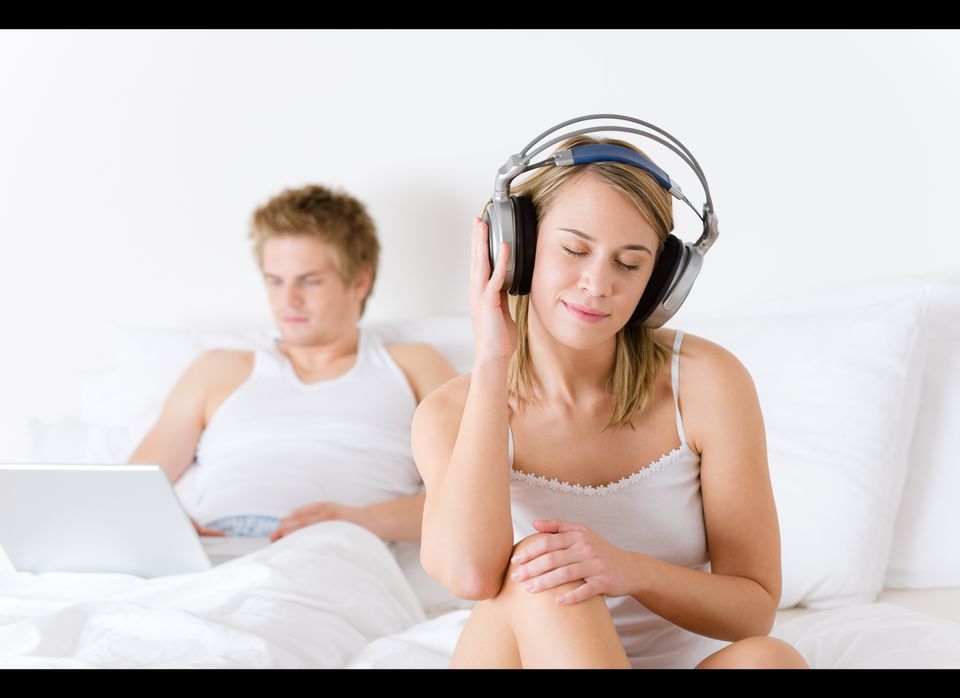 1 / 5
1. Listen up
Sometimes the best way to get to your loins is through your ears. Getting in the mood is about turning on all of your senses. And for me, the sense that I love to activate first is my hearing. Yes, music turns me on. So create the perfect sex soundtrack. I've been doing this since I was in middle school. (Okay, so it wasn't about sex, per se, it was my soundtrack for making out, but same principle applies.) I like a musical backdrop and chances are, if I'm playing Heart's "Crazy on You" or Def Leppard's "Pour Some Sugar on Me," it is for a very particular reason. It's the same reason that I've already seen Rock of Ages three times (show once, film twice). There's just something about 80s hairbands. But I digress. Soundtracks can really set the stage for great sex. So what's on your playlist?
Shutterstock