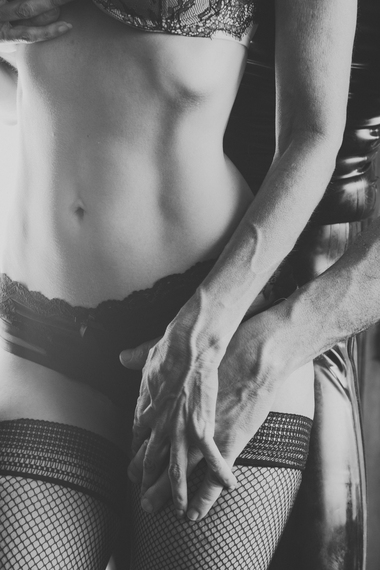 A few weeks ago I sat in a poolside cabana at The Avalon, a mid-century jewel of a hotel in Beverly Hills, eating dinner with a man who told me: "To you, sex is art." I was both flattered and amused. Amused because we hadn't even slept together -- he was referring to my blog.

I've thought a lot about his remark: what makes sex simply a physical act, and what makes it transcendent? Bad sex, or mediocre sex, is the former. It's a mechanical exercise involving body parts, forgotten as soon as it's over. At best, it's disconnected, a tepid cliche. At worst, it's ugly and damaging.

You know where it's headed, but you don't know how it will get there. It takes shape as lovers read each other's body language, calibrating tongues, lips, touch, and movement. What might make you cringe during bad sex -- panting, a musky odor, the sound of an enthusiastic tongue -- might make you shudder with awe during great sex.

Great sex makes you experience the ordinary in an extraordinary way.

Last year I dated a start-up muckety-muck who, at first glance, was not my type. Silver-haired, slightly heavy, and rather imperious, he was a gifted writer and raconteur. His mastery of language, both elegant and smutty, brought me to my knees every time I saw him -- figuratively and literally. The chemistry between us was combustible, and we subjected more waiters and bartenders than I can count to our sex-begins-over-dinner foreplay. Although we had little in common, we were bizarrely compatible sex partners.

Our interludes were so expansive, so exhilarating, that there were a few times I was amazed I survived -- a frenzied, mid-afternoon coupling on a tennis court comes to mind. With the first smack of his palm on my ass, he beckoned the kink that was hidden inside me. Our relationship echoed the scene in 9 1/2 Weeks when Kim Basinger asks Mickey Rourke how he knew she would respond to him the way she did. He replies: "I saw myself in you."

That's one of the gifts of great sex. To lose yourself, and find yourself, in another person.

Bad sex is static and clumsy. It's two sets of left feet on the dance floor. Great sex is dynamic, an artful tango.

This summer, I dated a younger man named Cary. He was appealing because he was so comfortable in his skin, fueled by a genuine curiosity and zest for life. He studied contact improv, a modern dance form that hinges on being fully present in the moment in order to read and follow a partner's cues. If this sounds like a recipe for great sex, it is. And it was.

With all the things great sex and art have in common, they diverge in one significant way. Ballet, Broadway, art auctions, the symphony -- these venues exclude the less privileged. Not everyone can afford the price of a theater ticket, or even admission to a museum.

Great sex, however, doesn't discriminate. It never has, and it never will.