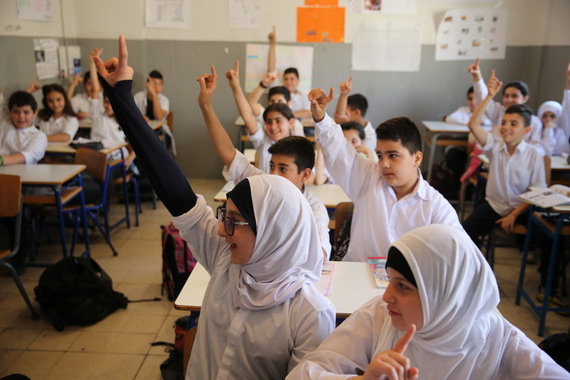 By Zach Sims, Co founder and CEO of Codecademy. Zach is also an A World at School Ambassador.

Four years ago, my cofounder Ryan and I realized that there were a few fundamental problems with the global economy and the way it treated its workforce. As we all know, opportunity still isn't evenly distributed. Yet, even for those around the world with access to education, there are many who are paying for a false bill of goods. They pay to attend university or a high school and find upon graduating that their skills are insufficient for the modern workforce. It's the experience of these people -- and those without access to education -- that led us to start Codecademy, a website that teaches more than 25 million people around the world the skills they need to find jobs.

When we first started looking at the global skills crisis, we realized that many of the institutions we're reliant on -- schools, governments, and businesses -- don't move quickly enough to react to the needs of the broader economy. We're stuck with students learning skills that might have been relevant five years ago (at best!). With Codecademy, we decided to create something that changed in tune with the labor market and that went direct to learners around the world. Instead of being chained to a conventional classroom, learners could be anywhere, empowered by a form of learning that was interactive, hands-on, and community-centric. Four years later, we're proud to say that students from New York to Nairobi have used Codecademy to learn technology skills.

Codecademy teaches people technology skills like programming, data science, and statistics. We've found, however, that these skills are core to twenty-first century literacy and, by empowering our learners early on, that they're able to strengthen their abilities across the board. This means that a student that learns to program often is better equipped to learn to become a better writer, a result that's backed up by early research from the MIT Media Lab thirty years ago.

By making our platform online and accessible to all, we've been able to work to get traditionally marginalized groups programming. Last year, we worked with Google.org and DonorsChoose to raise one million dollars to fund the education of US high school girls learning to program. We helped to double the number of girls learning to program within that age bracket by incentivizing teachers and students alike with classroom rewards. We've found that creating content that works for different genders and different groups is a hallmark of Codecademy (and of how we teach).

Now, we're excited to open up to different languages around the world. We're fortunate to already work with governments around the world. In Argentina, we work with the Government of Buenos Aires to translate our content into Spanish and teach students in their school system. In Brazil, we work with the Lemann Foundation on translating Codecademy into Portuguese. In France, we work with Libraries Without Borders to translate content into French and to provide to to the French-speaking world, often in places like French-Speaking Africa with the help of their novel Ideas Box.

With Theirworld and Africa Gathering and Kano, we'll be bringing programming and learning to some of the most marginalized and vulnerable populations. We're excited to work with Mariemme Jamme, an entrepreneur with an incredible story of persistence, and Sarah Brown, a tireless fighter for girls' education. We think we can make a real difference in Africa -- creating a new generation of entrepreneurs and technologists to make the economy of the future. 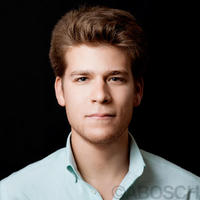 Zach is the cofounder and CEO of Codecademy, the leading provider of online education to close the skill gap.  Since its founding in 2011, Codecademy has helped more than 25 million people around the world learn the skills they need to find jobs in the twenty-first century.