Air quality has improved dramatically in rich countries over the past century. Around 1880, when the air was worst in London, it is estimated that 9,000 people died each year from air pollution, about one of every seven deaths. Today, London air is cleaner than it has been since medieval times. 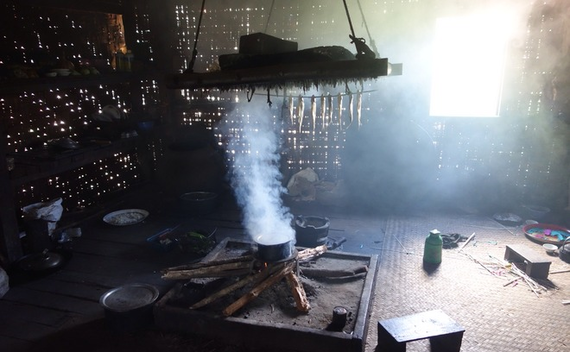 Yet, air pollution is still a huge problem, especially in the developing world. It kills 7 million people each year, or one of every eight deaths globally. This is not, however, the air pollution that the majority of people think about. The most deadly air pollution comes from inside people's houses, because 2.8 billion people still use firewood, dung and coal for cooking and keeping warm, breathing polluted air inside their homes every day.

To people, who don't live under these conditions, it is hard to imagine how dirty the indoor air is. The World Health Organization points out that the outdoor air for instance in Beijing, Delhi and Karachi is several times more polluted that the outdoor air in Berlin, London and Paris. But the typical indoor air in a developing country dwelling with an open fire is many times more polluted than in Beijing, Delhi or Karachi. That is why indoor air pollution kills 4.3 million people each year, making it one of the world's leading causes of death.

Yet, indoor air pollution is rarely among the big issues the world discusses. In 2000, the world made a number of smart, short promises for 2015 called the Millennium Development Goals, focusing on poverty, hunger, education and child mortality. These were mostly good promises, but indoor air pollution was missing.

Now, the world's 193 governments are discussing which targets to set for 2030, and there is a bewildering array of a 169 targets proposed. While indoor and outdoor air pollution are now part of the targets, so is everything else: with so many promises we have no priorities.

That is why my think tank, the Copenhagen Consensus, has asked 60 teams of the world's leading economists to estimate which targets will do a lot of good for every dollar spent, and which will not.

The simplest solution is to replace inefficient, smoky stoves by more efficient, less smoky ones. Providing 1.4 billion people with such improved stoves would save almost 450,000 lives each year and avoid almost two and a half billion days of illness annually. Moreover, because the stoves are more efficient, they would on average save about 30% fuel, which translates into a savings of up to $57 per household per year, and at the same time make cooking more efficient providing valuable time savings. In total, the health and non-health benefits are estimated at about $52 billion per year. 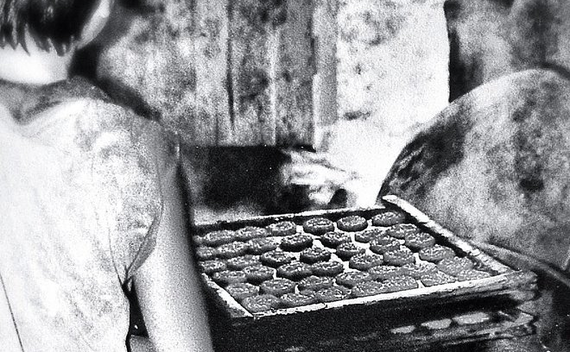 What would it cost to make such a big improvement? In many parts of the world, an effective, improved stove costing just $30 is all that is needed to reduce indoor air pollution dramatically. The price is higher in some parts because of particular needs; in China, heating is needed as well as cooking, so the cost of an effective, improved stove rises to somewhat over a hundred dollars. Nevertheless, providing improved stoves for 50% of those cooking on unhealthy, smoky, traditional ones would cost about $5 billion per year.

So for every dollar spent better stoves would do $10 worth of good. This gives us an excellent opportunity to compare this target for air pollution with all the other worthy targets proposed for the next 15 years.

A much cleaner solution is to get everyone to use gas. This would save 2.3 million deaths each year and avoid 13 billion days of illness, leading to more than twice the benefits. But unfortunately, gas stoves are more expensive and gas can cost about two hundred dollars each year per household, so the costs are more than ten-fold higher. Even so, for every dollar spent, we would do two dollars of benefits, a respectable, but not nearly as good target. However, as the developing world gets richer a move to gas and eventually electricity will be both affordable and have obvious health benefits.

Reducing outdoor air pollution turns out to be much more costly. Better cook stoves and a transition to gas and electricity is an effective use of money that will also help reduce outdoor air pollution. But trying to reduce outdoor pollution with low-sulphur diesel or with filters on cars generally turn out to be too expensive. While benefits could reach $130 billion annually, the costs could exceed $300 billion per year.

Air pollution is one of the world's biggest and often overlooked challenges. And now we know that one of the best targets for the next 15 years is to get better stoves to 1.4 billion people, saving almost half a million lives each year.