Two classic Lifetime movies aired last night featuring the harrowing tale of Betty Broderick -- the wealthy American women convicted of murdering her ex-husband and his second wife. The ripped-from-the-headlines double feature made us wonder when the cable network will pick up “The Casey Anthony Story."

No official plans for a film -- on the big screen, Lifetime or otherwise -- have been announced, but making the story of Anthony, the loss of her young child and that emotional trial into a heart-wrenching movie is almost inevitable at this point.

After the shocking verdict was announced earlier this month, rumors began flying that ‘Twilight’ star Kristen Stewart was being considered to play Anthony, no doubt thanks to her striking resemblance of the Florida woman.

However Stewart made it clear she wants nothing to do with the Anthony case or any movies in the works.

No matter who fills the role when Anthony’s story does hit Hollywood, one thing’s for sure: people will most likely watch.

Wondering what are some other recent Lifetime movies were ripped right from the headlines? Check out our slideshow below!

PHOTO GALLERY
Movies Ripped From The Headlines
Download
Calling all HuffPost superfans!
Sign up for membership to become a founding member and help shape HuffPost's next chapter
Join HuffPost 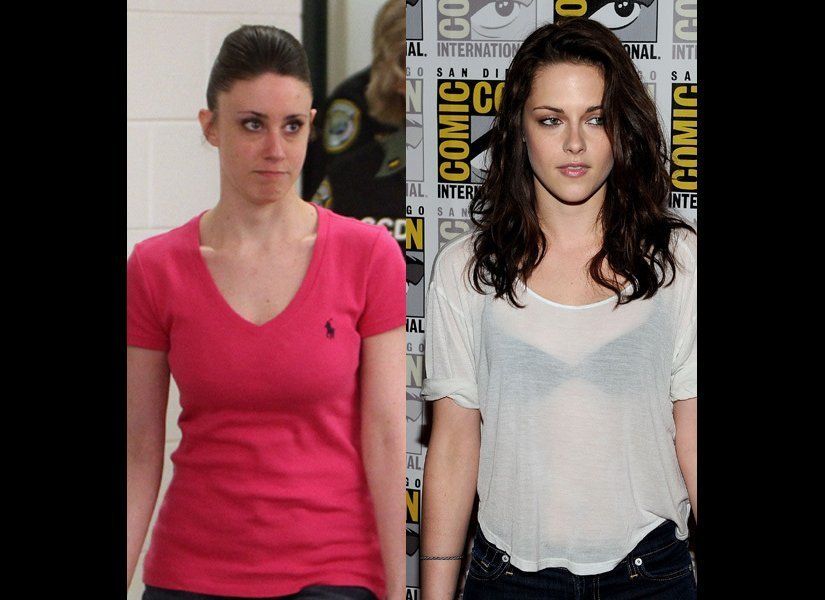 1 / 7
Kristen Stewart as Casey Anthony
After Casey Anthony's shocking "not guilty" verdict, rumors began swirling that Kristen Stewart would take on the role of the Florida "tot mom" who was tried for murder of her 2-year old daughter, Caylee.
Getty Images