In 1963, Betty Smithey walked into prison with a life sentence for murder. On Monday, she walked out with a cane.

America's longest serving female inmate, Smithey was released from the Arizona State Prison Complex after spending 49 years behind bars for the murder of a 15-month-old child.

"It's wonderful driving down the road and not seeing any barbed wire," Smithey said, according to the Arizona Republic. "I am lucky, so very lucky."

Smithey, with a history of mental illness, was convicted in the 1963 New Year's Day murder of toddler Sandy Gerberick, who she strangled while babysitting. The court sentenced her to life without parole.

Smithey's repeated appeals went unfulfilled for decades under an Arizona law that stipulates only an acting governor can grant clemency to an inmate. Eventually, acting-governor Jan Brewer lowered her sentence to 48-years to life.

Smithey told the Arizona Board of Executive Clemency that a letter of forgiveness from her victim's mother, sent 19 years after the murder, inspired her to turn her life around.

"If she could do that, it was my responsibility to try and become a better person than I was and ever since I received that letter, I started slowly turning things around," Smithey said during hearing, according to KSDK.

Andy Silverman, Smithey's attorney, says his client is "absolutely not a threat to society" and has battled breast cancer and a "myriad of other health issues."

"She's almost 70 years old now," Silverman said, according to ABC News. "She's done a lot of reflection. Forty-nine years in prison, you think a lot about what you've been through."

The elderly prison population has climbed 1,300 percent since 1980, according to a recent report by the American Civil Liberties Union. Higher healthcare costs make prisoners age 50 and older cost approximately $68,000 a year to incarcerate, twice as much as the average inmate, according to the report.

Smithey will live with her niece in Mesa. 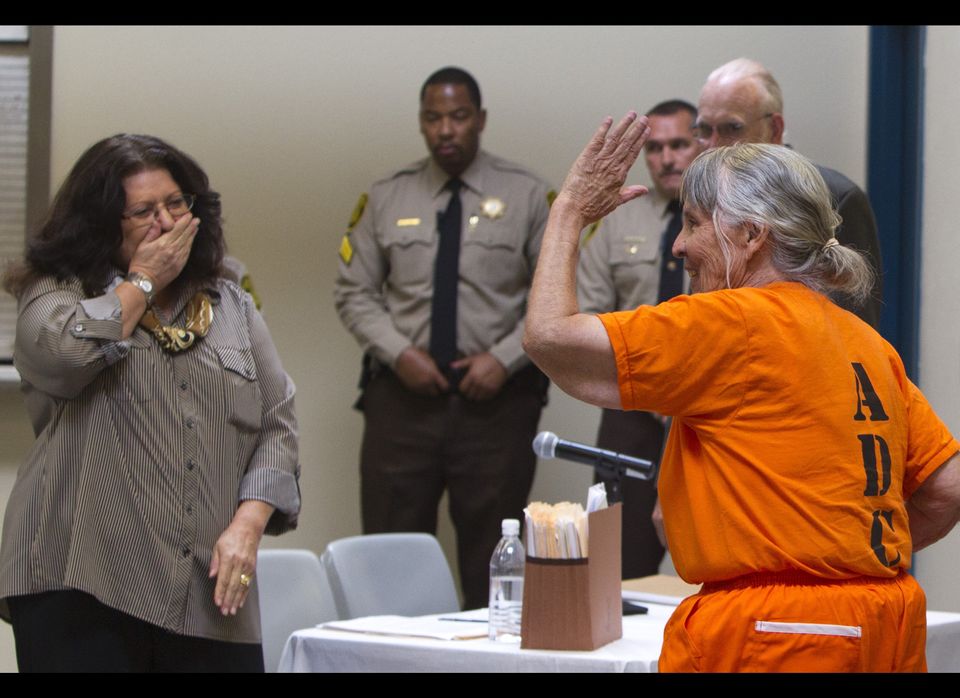 1 / 7
Betty Smithey
In this photo taken Monday Aug. 13, 2012, Betty Smithey, the country's longest-serving female inmate, reacts with Donna Leone Hamm on left, a Director of Middle Ground Reform, after the Arizona's Board of Executive Clemency in Goodyear, Ariz., released her with 49 years served for a 1963 murder. The board granted her an absolute discharge. (AP Photo/The Republic, Nick Oza)
AP