Betty White is many things: a multiple Emmy winner, the star of not one, but two shows currently on TV and basically grandmother to the world. Now, she can add another attribute to that extensive list: a cake.

In honor of her roast from the Friars Club, "Cake Boss" Buddy Valastro was commissioned to make a cake of "The Golden Girls" star. The five-foot, two-inch cake was made of vanilla cake with buttercream, covered in chocolate. It was also accompanied by an edible silver fox, which was added because of White's long-time animal advocacy and to go along with the roast's theme.

The Betty White cake will be seen later this year on "Cake Boss." Season 5 of the TLC reality series kicks off Mon., May 28, 9 p.m. ET.

This isn't the first nontraditional honor White, who turned 90 in January 2012, has received this year. Earlier in 2012, the Los Angeles zoo named a baby orangutan after White's "Hot In Cleveland" character.

Check out Buddy and the Betty White cake below. 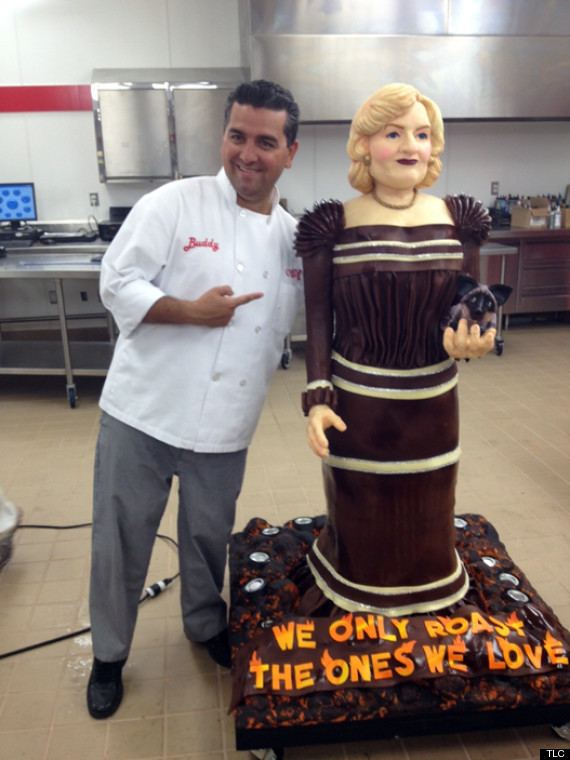