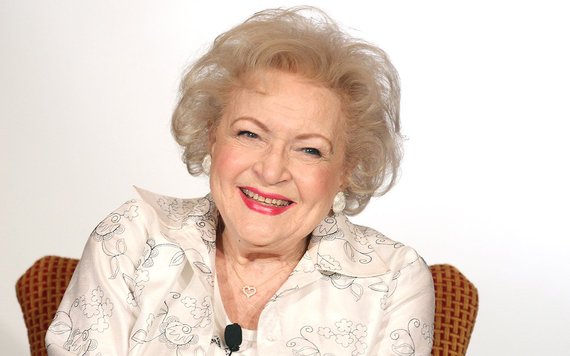 The incomparable Betty White was honored over the weekend with a lifetime achievement award at the Daytime Emmys. And what a lifetime it has been. Her career started in 1939, she won her first Emmy in 1952, and she is still working regularly today, giving her the longest career ever for a woman in show business, according to the Guinness Book of World Records. And being a third of her age, I'm certainly no aging expert, so I won't even pretend that living a life like hers will help us age better and longer. But no matter what your age, don't we all want to be a little more like Betty White? Here are five-and-a-half ways we can channel our inner Betty:

1. Enjoy your work. This might sound easy for Hollywood royalty, but having been involved in "the biz," I can tell you that it's a grind. Even when you get to the top, it's hard to stay there. Just ask Lindsay Lohan.

2. Make fun of yourself. Her acceptance speech for her latest honor is what we have come to expect from her: It was endearing, humble and hilarious. "To still be working is so much thanks to you... and your mothers and fathers, grandmothers and grandfathers." After a brief pause for applause, she continued: "And a couple of great-grandfathers when I was younger." She has an ability to tie in three H's -- humor, humility, and history into one run-on sentence... and the world could use more of that... the three H's, I mean... not run-on sentences... just to be clear.

3. Give. Her impact in the community goes well beyond the television set. She was an animal rights activist before it was a cool hobby that could improve the look of your celebrity persona on Twitter.

4. Love. You can see from her boundless energy that she loves what she does, and her personal life has that same passion. Her longtime husband Allen Ludden passed away in 1981; years later, she was asked if she would ever marry again and she said, "Once you've had the best, who needs the rest?"

5. Try new things. Betty is open to just about anything from being the butt of the jokes in a crude but hilarious roast on Comedy Central, to making a guest appearance on a professional WWE wrestling show. This career formula has audiences constantly wondering what the next chapter will bring.

And five-and-a-half: Be golden! Betty may have played the simple and naïve Rose Nylund from St. Olaf, Minnesota, but if you grew up a child of the '80s like me, you know she stole the show. And a generation later, she still shines in the spotlight, proving that the joke is on us.